The siege of Berlin 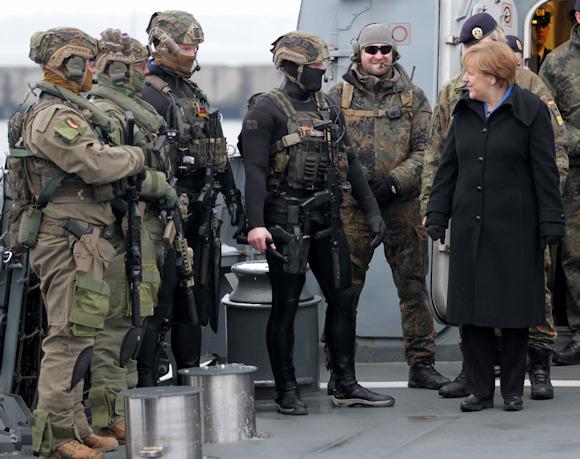 No doubt about it, the last two years have not brought anything good to Angela Merkel. What has been for years the strongest and most stable government in Europe today is increasingly forced to review the pillars of its foreign policy and its international position. The faults of the "iron chancellor" are not lacking, even if it is the entire world context that seems to have conspired against Germany, bringing Merkel to a serious diplomatic isolation, hidden only partially by the impetuous and enterprising personality of French President Macron.

All international partners who for nearly ten years have seen in Berlin the not only economic but political capital of Europe have now understood that Angela Merkel is a boat that risks sinking shortly and has drawn the consequences. The first thought goes to Russia. Germany, which has always had a tradition of dialogue (and of energy dependency) with Moscow, has been forced to crush by Anglo-Saxon partners and NATO on an increasingly punitive and punitive position as a result of the events in Ukraine. This position, in addition to causing damage to German exports of several billion euros, has brought a growing distance with the Kremlin that was not filled by the bilateral summit of Sochi last month. Another front for German diplomacy is that of the United States. The decision by Donald Trump to impose sanctions on the European Union is direct, by the president's admission, to Germany alone, which produces steel and the machines that consistently negatively weigh the trade balance in strips and stripes and that for years the White House is worried. 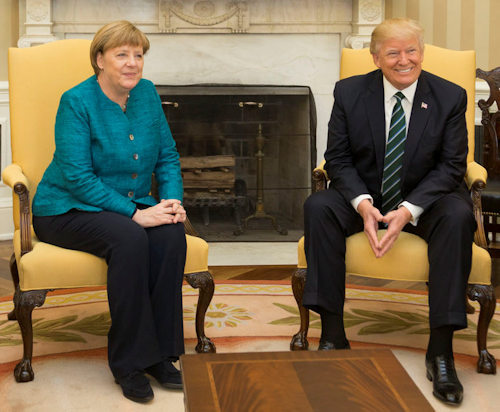 Relations between Washington and Berlin are at an all-time low. Trump has not lost an opportunity since it took office to criticize German foreign policy for a multitude of reasons: for the lack of economic and military contribution to NATO (the German army as reported by the Telegraph is the least combat-ready in Europe1), for the mercantilist trade policy that tends to crush its partners, for the policy of short-sighted austerity undertaken in Europe.

And it is precisely Europe, the last pillar on which Germany had built its influence in the world, which is collapsing. With the support of Brussels and other Western European governments, Angela Merkel could still effectively manage the two fronts, Russian and American, and keep the continent compact by stemming the advance from the east of the Visegrad group. Today it's not like that anymore. The Brexit has been particularly painful for Berlin, because it has signaled the social and economic problems of many, too many compromises promoted by the Chancellery in recent years that none of the other European Union countries has ever really accepted. Now even London has suddenly moved from being a reliable Berlin ally to a potential opponent. In the event that the Brexit dossier should go very badly and distance the two shores of the Channel, Germany certainly will not be able to retreat and will have to engage in yet another commercial political war that will only shake the foundations even more. on which the entire German economy is based. The socialist government in Spain and especially the new Italian government were the straw that broke the camel's back. It is now certified by the European elections and put on paper that Germany has created a climate of tension and hostility around itself and that the antigermanism on the continent is coming back into fashion after post-World War II levels. More and more hated and isolated Angela Merkel is trying to get out of the corner by relying on her last partner who has the smiling face of President Emmanuel Macron. But for the Chancellery the affectionate embrace of the Elysée can conceal a mortal danger. 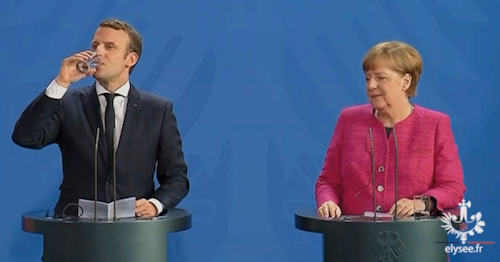 In fact, the French support in Brexit, in the trade war with the United States and Russia or in diplomatic work to sweeten the growing hostility on the European chessboard has a politically and economically very high price. Since the election campaign, Macron has asked Germany for a radical reform of the European treaties that will allow the euro area to acquire an autonomous fiscal capacity capable of conducting expansive economic policies. A first result of this epochal reform could be to force Berlin to spend the "treasure" accumulated in these years of economic growth in European projects and infrastructures, capable of reviving the continental economy. The second effect of the creation of this ministry of economy and finance, what really worries Merkel, would be to guarantee in fact the debt accumulated by the other European countries, which in this way would never be in danger of insolvency. Unfortunately this is the worst time to ask the Germans to guarantee the debt of the countries in difficulty and in particular of us Italians.

The new government of Rome seems willing, not unlike many previous ones, to continue to spend on social programs, such as the income of citizenship, financing them with greater deficit, a deficit possible only thanks to German guarantees. If these guarantees were not there, Italy could not further increase its debt. If there were an Italian currency, like a new lira, the costs of these social reforms would be paid through inflation by the Italians themselves, but since the euro does not allow this option the resources can only come from a larger public debt to in turn made sustainable just by the European guarantees (read German) that Italy will not fail. The creation of a European economy ministry would crystallize this situation: Italy will continue to make debt paid by Germany without doing anything to improve the country, such as trying to bring home the 300 billion of the underground economy that, if unearthed, could cause our nation to flourish. 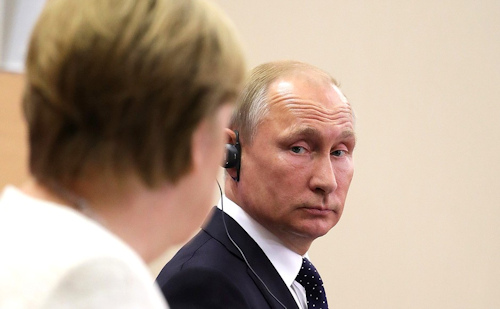 Surrounded on all fronts Germany is faced with different choices, all hardly digestible by the German electorate. If engaging fully in the European project involves risks and potential injustices, how can one think of managing the trade war with the American giant without EU support? And if instead you choose the hard line in Europe, even at the risk of the implosion of the euro zone, under what conditions you could dialogue with Washington and Moscow, without mentioning the risks of a collapse and an even greater isolation of the German economy following this choice? Uncertainty and moral hazard also concern the delicate theme of Defense. In Germany, talking about the army and defense is taboo and the Germans are always less favorable, if they ever were, to send their troops abroad or to increase the expenses for the sector. Yet the many international tensions do not leave much choice in Berlin. If Merkel does not give in to the pressing demands of NATO, he will have to consider alternatively plans for an ever greater integration of the European armies, capable of developing a foreign policy of common interest. Even behind this plan there is, not even to say, the French hand that expects to play a leadership role in this new European defense union.

Germany is therefore crushed over a series of equally unsustainable options and will soon have to choose the lesser evil to avoid total isolation. The unknown factor remains when these reflections find space among the current occupants of Palazzo Chigi. If Italy pulls too much the rope will risk to find itself in a condition of international isolation; as much as our rulers strive to be friends of all and in particular of Russians and Americans, it does not escape as our geopolitical and economic position is on the European continent. The fact that Berlin is under siege must not deceive us: between a country historically and structurally weak like ours and with a relatively modest GDP and Germany, even our new friends at the White House or the Kremlin will always choose to talk and do business with the latter. The ability of this new government will therefore be seen in finding a reasonable compromise that allows us to find a position of strength within and not outside the European context. A dowry, the diplomatic one, which for now seems to clash with the composition of the new government.

Turkey is increasingly determined to impose its role as a bridge state between Europe and the Middle East. In the region is ...
78
Read

Given the panorama we will examine, as Mickey Mouse in Fantasy we will be accompanied by a soundtrack for help ...
810
Read

According to the rules of the house of geopolitical realism we start from the facts, from the geographical areas, to arrive at ...
1682
Read

After the rapid victories of the Tripoline forces against Haftar's troops in Tripolitania the attention of opinion ...
4065
Read

We followed, like many others, the latest US events and their vast echo in the world, and we preferred ...
1914
Read

Covid is not just a health emergency; the thin red line that unites the events is still emerging and ...
994
Read

The recent unrest in Hong Kong (as we write about 300 arrested protesters including several minors) are the ...
1957
Read

Stereotypes brand people and things, even nations. Brazil leads to Carnival, to football, to a set of ...
2391
Read

The great emphasis that the Turkish media gave to the release of Silvia (Aisha) Romano and the small train ...
1628
Read