Home geopolitics Analysis The power projection of Beijing in the ...

The power projection of Beijing in the Chinese sea 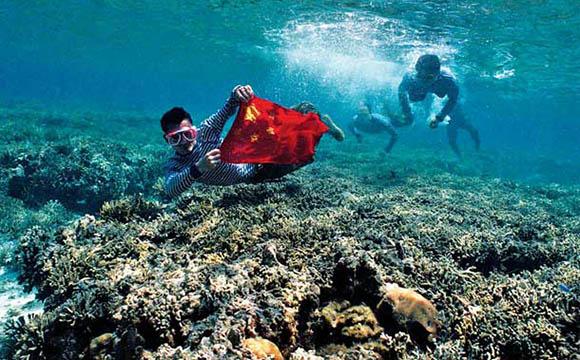 The first time had happened in the 2015, when the USS destroyer Let it pushed itself within the 12 miles from Subi Reef, a formation that emerged in the South China Sea occupied by Beijing and claimed by the Philippines, Taiwan and Vietnam.

The last, last 23 March, when two frigates of the Chinese Navy have intercepted and rejected the US destroyer USS Mustin, forwarded in the "territorial" waters of Mischief Reef, one of the islets of the atoll of the Spratly (South China Sea), provoking Beijing's great disappointment for the "provocation that seriously damaged Chinese sovereignty and security, violated the basic norms of international law and undermined regional peace and stability".

If on the American side both episodes were defined as "Freedom of navigation missions", Demonstrating the great interest of Washington on a stretch of sea largely (about 80%) claimed by Beijing (on the basis of a unilaterally defined demarcation principle, called" nine dash line "), speed and the tone of the Chinese reaction confirm the determination of the Dragon to pursue an "expansive" policy in the area. 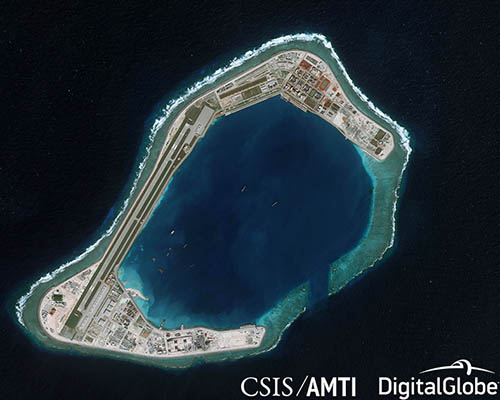 For Beijing, control over the Chinese sea is a fundamental part of the new global political and military posture. In its southern part there are the claims for the control of the atolls of the Paracels (occupied by China and claimed by Vietnam) and the Spratly (claimed entirely by China, Vietnam, Taiwan, and only partly by Brunei, the Philippines and Malaysia. ), over which Beijing has long been engaged in the construction of military infrastructure with missile batteries, and where, according to the US, it would be close to completing some air bases.

The images of the CSIS - Asia Maritime Transparency Initiative / DigitalGlobe (https://amti.csis.org/) indicate that only in 2017 China has built more than 29 hectares of military facilities and facilities such as depots, radar systems, sensor posts, runways and docking points, which the Chinese define as parts of the unsinkable aircraft carrier "Built in the area. In the Spratly Islands, according to the US Department of Defense, as recently formiche.net has pointed out, the Chinese have "obtained" from the sea, on only three islets, well 1280 hectares.

Even in the East China Sea there is no lack of tension, in this case with Japan for the sovereignty over the Senkaku islands: eight islets controlled by the Rising Sun, but claimed by Beijing for historical reasons (since the 16th century, they would have been part of the Chinese Empire, from which they would have been detached during the Sino-Japanese War of the 1894-5).

In this case, the risks of a conflict would be even higher, due to the absence of "deconflication" procedures between the two States, which is why President Obama assured the possible disputes over the East China Sea the coverage of the US military treaty. Japan (It is from last April 7 the news of the establishment in Japan of a first navy infantry brigade of about 2100 units, which will have the exclusive task of defending the Senkaku islands). 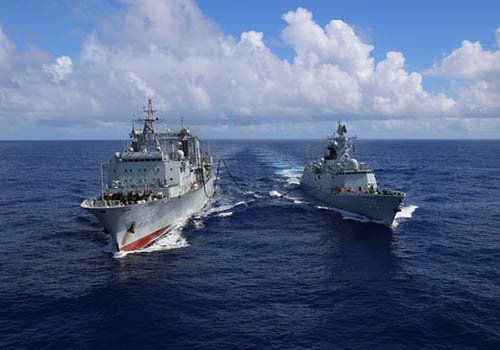 Beijing's policy in the "sea suum" is therefore the plastic demonstration of its change of pace and its willingness to play a role as a global competitor.

During the 13 ° National People's Congress, which in recent weeks has re-elected President of the People's Republic and Party Leader, Xi said that " this time we are as close as ever in history to building a People's Liberation Army (PLA, name with which the armed forces are commonly referred to) strong and able to be a global player".

As proof of this unequivocal will for power, an old adage has been circulating for some time in the Chinese diplomatic circles - "if you fight for peace, peace will prevail; but if you compromise on peace, it will fade away"- which illustrates not only the complete assimilation of Xi's thought into the most important gangs of the State and the Party, but also the attained awareness of a renewed international role, at the premise of which there is the attainment of widespread social well-being, even this aspect, characterizing Xi's "Chinese dream" since 2013, the year of his first investiture.

And if the realization of the silk road (which in its maritime part crosses the Chinese sea), is the figure of what the economic power of China will represent in the near future, the Chinese posture in the Chinese sea anticipates the projection of power that soon it will adopt globally. 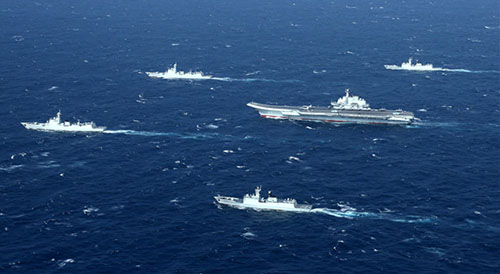 In "his" Chinese march, China makes the general rehearsals of what he intends to express tomorrow not far: he experiences a renewed diplomatic-military assertiveness (after the centuries of humiliation) and doses his growing military "weight" with a diplomacy aimed at balancing bilateral relations with the nations bordering the basin, with those envisaged (with the same nations) within the Association of Southeast Asian Nations (ASEAN). In this way, on the one hand it prevents them from joining up like ASEAN, on the other it manages to limit their individual claims thanks to its ability to allocate large sums of money in the form of projects in favor of the current counterparts.

In the Chinese sea, China proves to know the lessons of history, which has never granted the rank of global power to a nation that was not first of all maritime power, as was the United Kingdom and is currently the US.

The gradual strengthening of its navy, no longer only oriented to "deep water defense" tasks but also to "protection of distant seas", and the construction of new aircraft carriers, all at the expense of a traditionally structured PLA around to the army, shows that China intends to take it seriously.

The strategic reflection of the EU has always progressed with difficulty, due to the often different vision of ...
2677
Read

Al Qaeda loses its subtlest mind; like in a Tom Clancy novel, al Zawahiri was eliminated by the 2 missiles ...
4216
Read

In the course of the two previous analyzes we spoke first of the figure of the Prime Minister of Hungary, Viktor ...
8058
Read

India and China are the two major Asian powers and among the most important countries in the world. Their relationships are ...
1786
Read

In the spring of last year, the United States, United Kingdom and NATO announced the withdrawal of troops from the ground ...
2449
Read

In the course of our previous analysis we talked about how the leader of the political party Fidesz, Viktor Mihály ...
3261
Read

In international relations it is advisable to let events settle; the risk of full bets without ...
2705
Read

Draghi and a large delegation of ministers - half a dozen - are preparing to conclude a large number of agreements ...
3385
Read

The dramatic human times - and therefore intrinsically geopolitical - that the collectivities and the powers they express are ...
3366
Read