Home geopolitics Analysis The population as a "new terrain" of ...

The population as a "new terrain" for guerrilla warfare 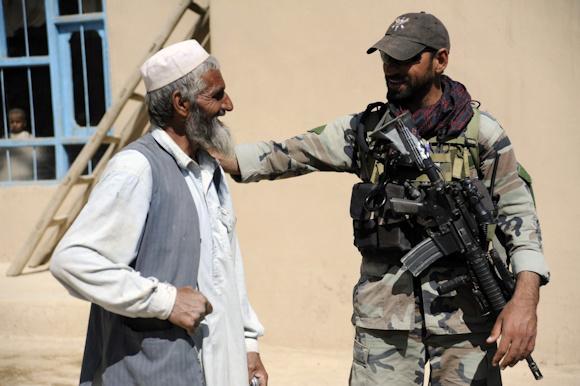 "You know your land. You know the people, the topography, the economy, the history and the religion. You know every village, street, field, group, tribal leader and the deepest reasons for discontent [...] read the topographic map as if it were a book, study it every night before bed and recall it every morning until you are able to mentally reproduce its tiny plastic. Develop a mental model of your area, a kind of frame in which to insert each piece of new knowledge that you acquire over time "1. In this sentence by David Kilcullen, at the time chief strategist of the Office of the Coordinator for Counterterrorism of the US State Department, all the importance of the link between territorial dimension (one could also say “geopolitics of the battlefield”) and war is contained.

Specifically, the concept expressed by Kilcullen adapts to the theories of guerrilla warfare where "territoriality" does not mean only and exclusively the geographical dimension of the battlefield, in fact it is mixed with political, cultural, social, religious, ideological elements and so on. In other words, the anthropic factor in the revolutionary war becomes an integral part of geography and must necessarily be "mapped". Mao Tse-tung wrote in the period of the Second Sino-Japanese War that if the people "can be compared to water"2, the guerrilla forces are "the fish that lives in it", demonstrating that in essence the stakes of the prolonged asymmetrical confrontation are physical control and obtaining the support (and therefore political consensus) of the civilian population.

A concept that will be taken up a few years later by the former lieutenant colonel of theGround forces French David Galula3, counter-guerrilla theorist, for whom victory in the revolutionary war does not pass through the conquest of the territory but through that of the population, which inevitably transforms itself into the "new terrain" of the battlefield. Galula, influenced so much by the military thinking of two French colonial officers such as Joseph Simon Gallieni and Hubert Lyautey4 and from his direct experiences as commander of a colonial infantry company in Algerian Kabylia from 1956 to 1958, in his theory he combines the 130 years of transalpine colonial wars with the most innovative ideas on the subject expressed by Mao and the American general Edward Lansdale. The result is a "political" doctrine of the revolutionary war where military operations are or must be planned taking into account the political effects that they could generate and in turn the planning phase is influenced by political issues so that the geographic-anthropological "frame" of which speak Kilcullen becomes crucial. 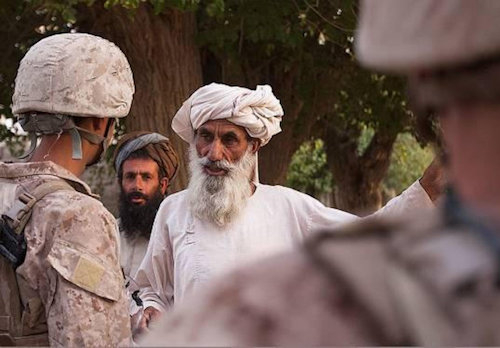 The approach population-centric Galulian, which was made right by the modern American doctrine of the counterinsurgency and adopted in Iraq and Afghanistan, is the subject of debate among analysts and military historians, as is the enemy-centric approach. Recently some scholars5 in fact, they argued that the counter-insurgency strategy needs a balanced approach that goes beyond the dichotomy population centric against enemy-centric, suggesting a matrix approach declined according to two dimensions: actions (use of physical force against political activity) and objectives (insurgents against those who support the insurgents). This multidimensional approach generates four strategic axes that each represent a fundamental part to conduct effective counter-insurgency campaigns according to an ideal hybrid approach6.

Also in the film "The Outpost" (2020) on the battle of Kamdesh in the Afghan Nuristan of October 3, 2009 the importance of dialogue with the civilian population is represented which, according to the strings touched by the various commanders of the Keating Outpost, can rapidly transform from friend to enemy and vice versa. The interdependence between population and military engaged in counter-insurgency actions is the founding element of the population-centric approach.

In the ecosystem of the conflict, insurgents, government forces, ethnic minorities, the local underworld, multinational crime and illegal trafficking, international humanitarian agencies and organizations, refugees, have an interest in strengthening their ties with the civilian population, specifically with that majority which, without taking any part in the ongoing conflict, maintains a strong position of neutrality while awaiting the turn of events. Winning the hearts and minds of this slice of the population is the key to victory in the revolutionary war.

In this mechanism the "population becomes the new terrain" and, as explained by the commander of the Alpine Troops General Claudio Berto, "Physical and political isolation does not favor the onset as much as a vast territory. The subdivision of the land, the dense vegetation and the harshness of the cold, rainy or high temperature climate as well as overpopulation in large cities or, its opposite , the dispersion on the territory of small rural villages, are elements that must be carefully considered for the impact they have on operations in terms of mobility and survival "7.

Geographical spaces replace the geometric lines of the conventional battlefield and therefore the "human terrain" assumes a central role and the political advisers included in the staff of both peripheral and central commands have the essential task of studying, understanding and unraveling the skein of stratification socio-historical of the regions affected by the conflict and therefore provide useful information to the commander for operational planning.

Mapping the territory and mapping the man who lives in it are activities that military science has always carried out, but today with the acceleration of the withdrawal of the Western coalition troops from Afghanistan - which of the population-centric and anthropology applied to guerrilla warfare was a case study - it becomes even more important to start a reflection on the issue.

7 C. Berto, Boots on the grounds: Will the physical and human "ground" still remain the decisive factor in military operations on land?, in “Military history of geography” Notebook of the Italian Society of Military History, 2020

As was widely expected, during the Summit of NATO Heads of State and Government in Madrid, Finland and Sweden ...
2519
Read