Home geopolitics Analysis The new cold war in the Arctic

The new cold war in the Arctic 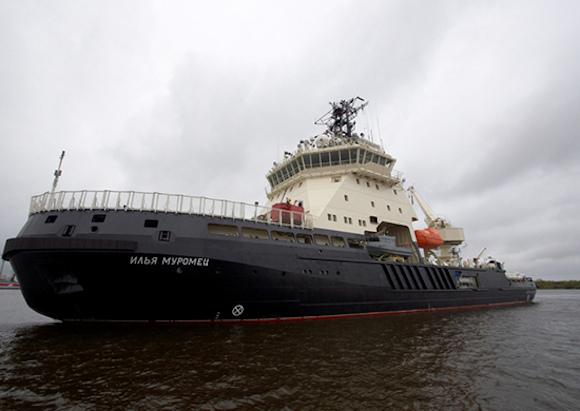 In recent years, the Kremlin has been launching initiatives aimed at establishing a strong military presence in the far north of the Russian territory. The militarization of the Arctic accelerated in 2015, following the worsening of relations with NATO due to interventions in Donbass and Syria. Moscow has prepared the creation of new air units and missile departments (included in the 45th joint regiment of the Air Forces and Air Defense), and has also installed an extensive surveillance system of the region's air and naval space.

Nodal point of the implementation of the Russian A2 / AD capacity in the Arctic is the capacity strengthening of the Northern Fleet (from a numerical point of view it constitutes 2/3 of the entire Russian Navy). Strengthening considered by the military leaders necessary for the maintenance of a permanent naval presence to protect the Northen Sea Route (a navigation route along the Arctic coast of the Kara Sea) and the huge natural gas fields in the region which, as temperatures rise, are making them increasingly accessible.

In this sense, the acquisition by the Russian Navy of new icebreakers with diesel / electric and nuclear propulsion should be noted. In 2016 it was delivered Ilya Muromets (opening photo), with a displacement of 6.000 tons and a range of 3.000 miles, it is capable of crossing glaciers as thick as one meter. 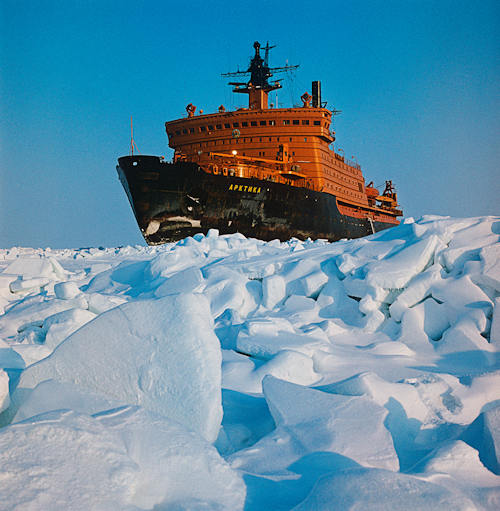 In October 2020, the nuclear-powered icebreaker ship entered service Arktika (photo), with a displacement of 33.500 tons, is the first of five units.

But the most interesting units are the two new Arctic Offshore Patrol Vessels (OPVs) (Project 23550), which will enter service this year. With a displacement of 8.500 tons, their main mission is to protect the Arctic territorial waters. The new units will be equipped with surface-to-surface missiles Kalibr-NK.

As far as the Northern Fleet is concerned, it can count 38 surface units and 41 submarines. The strategic component is based on 8 SSBNs, including the DolgorukiyClass Borey, which is armed with 16 SLBM R-30s Bulava and 6 boats Delta IV, each armed with 16 SLBM R-29RMU2s Sineva.

The three class boats must be added to this device Oscar II, of which theOrel is equipped with the P-800 anti-ship missiles Turkish Onyx, as well as the nuclear-powered multi-role submarine Severodvinsk of the class Yasen, armed with surface-to-surface missiles Kalibr-PL.

The surface fleet, on the other hand, has in the missile cruiser Kuznetsov its flagship. Fresh from an extensive modernization program, the Kuznetsov it was equipped with launch complexes (3S14 vertical cells) for missiles Kalibr, in the anti-ship variant e country-attack, and it would also appear with the new hypersonic anti-ship missile Zircon.

The other main unit of the Northern Fleet is the nuclear-powered missile cruiser pyotr Velikiy, of the class Kirov, is armed with S-300FM long-range surface-to-air missiles (48 bombs installed in 6 octuple drum launchers) and anti-ship missiles cruise P-800 and Kalibr. 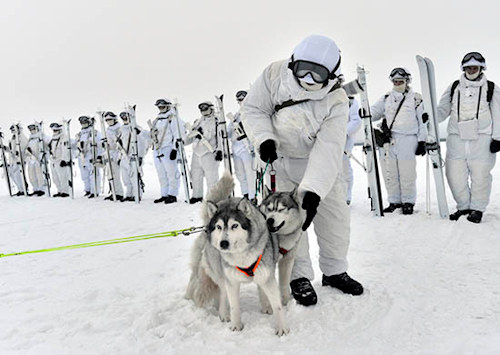 The land component is ensured by two permanent Arctic brigades, specialized in conducting operations in extreme weather conditions, such as those present in the Arctic Circle: the 80th motorized brigade stationed on the Kola Peninsula, near the Finnish border and the 200th motorized brigade stationed near Murmansk, only 11 km from the Norwegian border.

The first brigade frames a tank battalion with 30 T-72B3s, a 2S1 and 2S3 self-propelled artillery battalion, an anti-aircraft with Pantsir-S1.

To these two units must be added the 61st Navy Infantry Brigade, equipped with a tank battalion, on T-80, two reconnaissance battalions, a self-propelled artillery battalion 2S1, 2S9 and Tunguska.

There is also an airborne battalion which, among its ranks, also includes some detachments of special forces.

In October 2019, some Norwegian newspapers (also citing NATO intelligence sources) have a series of inquiries into the activity of Russian special forces on Norwegian territory. In particular, these would be small units sighted both on the Svalbard Archipelago and on the Norwegian mainland. But naval raiders have also been reported who have carried out reconnaissance off the Norwegian coast in order to plan sabotage actions against the Norwegian gas pipelines. 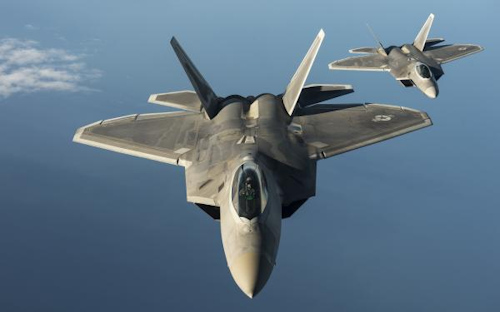 NATO's response to Russian activism in the Arctic was not long in coming. In 2017, the USAF began to deploy, on the border with the Kaliningrad enclave, some flocks equipped with F-22 fighters RaptorFurthermore, since last year, the Baltic Air Policing missions have begun with the F-35As, in which the Air Force also participates with its own aircraft.

However, at present, NATO does not have the numbers (especially with regards to armored and mechanized vehicles) to face Russia in the Baltic.

In the event of a crisis in the region, an adequate Alliance response could only come after the arrival of large reinforcements from other member countries. Until this occurs, the Russians can maintain superiority on the battlefield, both from the point of view of numbers and the capabilities of the weapon systems. Therefore, NATO member countries should significantly increase the presence of naval units in the area (much reduced since the end of the Cold War).

Norway, for example, which is the NATO nation most directly affected - together with the Baltic States - by the increased Russian presence in the Arctic, can count on 6 class submarines Ula, 5 class frigates Nansen and 6 class corvettes Skjold, these units make up the Royal Norwegian Navy's main fleet, most of which operate in the Arctic region.

It is also true that, based on the increase of bubbles Russian A2 / AD, NATO finds itself having to elaborate new doctrines that act as a deterrent and guarantee the accessibility of sea and air routes in the region.

This implies that Alliance members present in the Baltic will be forced in the near future to further develop their naval and air capabilities, especially in the ASW, ASuW and ISR areas. More generally, the entire Alliance should return to investing more in the ASW capabilities of its member states, given the allocations provided by Moscow to further implement its underwater fleet.

Mario Draghi spoke of Turkey as Italy's main trading partner in the region that includes the Middle ...
168
Read

The Mediterranean once again lends itself to being the ideal backdrop for those wishing to shift attention from Ukraine; ...
1377
Read

As was widely expected, during the Summit of NATO Heads of State and Government in Madrid, Finland and Sweden ...
4174
Read

The international situation is evolving rapidly and there is no country that does not have to adapt. In an area of ​​course ...
8411
Read