The red line of chemical weapons in Syria 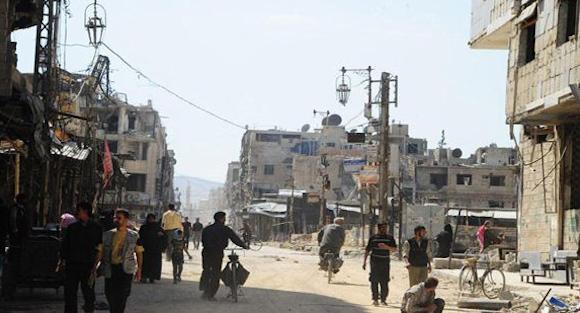 Citing the speech of French President Macron that justified the intervention in Syria, there are few things that the international community can do today to prevent and manage conflicts within sovereign states. The "red line" that no government can overcome is the respect of civilians in conflict zones and the ban on the use of chemical or bacteriological weapons. These are the only cases, at least according to international law, where the sovereignty of the States is limited by some general rules of behavior that if not respected can lead to the intervention of other nations in the conflict. These pillars of the current international order are not only guaranteed by the United Nations but also by the Geneva agreements in their various editions, from the Second World War to the present.

In the Syrian case, one of these taboos, the use of chemical weapons with civilian victims seems to have been broken in recent months and this violation would justify the armed intervention against Bashar Al-Assad by the United States, Great Britain and France last 14 April. But what evidence do we have of the use of chemical weapons by the Damascus regime, since the beginning of the civil war of the 2011 to date? The answer is not simple. To date, in fact, no irrefutable proof has been presented before the international community, but the question has come back in recent days when a first report was published by the expectors of theOrganization for the prohibition of chemical weapons which denounces the use of weapons to the chlorine during the clashes occurred last February near the city of Saraquib, in the north of the country. Although it seems from the testimonies and scientific evidence gathered by the United Nations Agency that chemical weapons have been used with civilian casualties, the question remains as to who has used them in the complex conflict that has troubled the region for years. 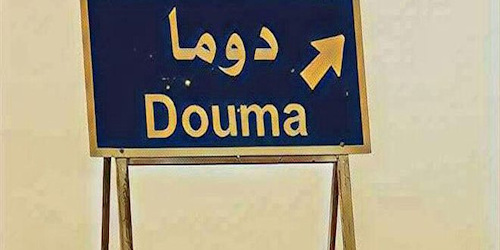 In the now sadly famous massacre of Douma the 7 last April found the death of 70 people, most of them non-combatants civilians. The doctors recognized in the victims the signs of an intoxication not better specified but similar to that of Sarin gas. At the end of April UN inspectors went to Douma, about 300 kilometers south of Saraquib, in southern Syria, but complained that they were hindered in their inspections and then sent back by the Damascus police. It must be remembered that the site had been a few days before the scene of a bloody battle and the Russian inspectors were, according to the Syrian government, already working to find evidence of who was responsible for the massacre. It now seems certain that the chemical weapons used in Duma were chlorine weapons similar to those of Saraquib. Actually chlorine weapons, unlike for example Sarin gas, are easy to manufacture and certainly not so innovative or complex that they need a great technological research. Even the BBC's ISIS would have made use of chemical weapons with chlorine-like substances on at least two occasions between the end of the 2017 and the beginning of the 2018. To complicate and make the situation more confusing the invitation of the Russians and Syrians to the United Nations to ascertain the presence of a chemical weapons laboratory created by opponents of the regime near Ghouta, Damascus area taken by the loyalists last February.

In this complex picture of conflicting truths, what is certain is that the Assad regime possessed, at least until 2013, an arsenal of chemical weapons that also included the lethal gas sarin (as ascertained by UN inspectors at the time). Since October of the 2013 Assad, in a sign of goodwill that forced international pressure, he joined the Convention for the dismantling of chemical weapons and since then Damascus denies being directly in possession of this kind of armaments. The question remains about what happened to the deposits that had existed until then in the chaos in which Syria fell in the last six years. The fact that no evidence has been found that unequivocally incriminates the regime, despite the massive presence of Western journalists and non-governmental agencies operating since the beginning of the war, should lead to deepening and reflection and not to reprisal interventions that can be more motivated by public emotion than by reasons connected to international law. Unfortunately, even in this case the dramatic issue of chemical weapons is linked to strategies and interests linked to the wider regional geopolitical framework. In fact, it seems that nothing can prevent Bashar Al Assad from bringing the country under his leadership, a victory that he owes largely to Russian aid and to neighboring Shiite majority countries. The possibility of a total victory of Assad, united to the result of the recent elections in Iraq in which a government that has sympathized with Iran triumphed, prospect for Israel and Saudi Arabia a gloomy scenario in which an Iranian Shiite Shia block controls the entire Middle Eastern region, from the borders of Pakistan to Lebanon. 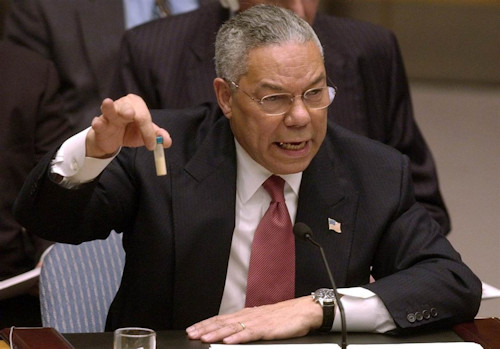 For decades this possibility had been avoided thanks to the presence of Saddam in Iraq and the Egyptian influence in the area, but the second Gulf War and the Arab Spring seem to have upset the geopolitical picture and confirmed Tehran as the only true regional stable actor. The possibility of a Shiite-led Middle East, in addition to worrying Israelis about the Iranian threat, is also dangerous for Americans who see the clear shadow of Moscow behind this new geostrategic structure. It is therefore possible that the accusation of using chemical weapons, true or presumed to be, can turn into a new casus belli to overturn the fate of the conflict. Not surprisingly, in this case, the position of France, which from the first moment supported the Syrian opposition to the Assad regime, nor of Britain, increasingly linked to Saudi Arabia and the Gulf countries. Moreover, going back with the memory of a few years, it will be remembered that it was precisely the accusations made against Saddam on weapons of mass destruction, accusations that proved to be largely unfounded, to determine the US intervention in Iraq of the 2003. However, unlike then, the United States seems weakened in their ability to intervene and Russia is involved in regional affairs with an intensity not seen since the end of the Cold War. A direct intervention by NATO could open a very serious tension at the international level with unimaginable consequences, so much so that the Ukrainian crisis can fade in comparison.

Turkey is increasingly determined to impose its role as a bridge state between Europe and the Middle East. In the region is ...
1692
Read

Given the panorama we will examine, as Mickey Mouse in Fantasy we will be accompanied by a soundtrack for help ...
829
Read

According to the rules of the house of geopolitical realism we start from the facts, from the geographical areas, to arrive at ...
1698
Read

After the rapid victories of the Tripoline forces against Haftar's troops in Tripolitania the attention of opinion ...
4099
Read

We followed, like many others, the latest US events and their vast echo in the world, and we preferred ...
1938
Read

The recent unrest in Hong Kong (as we write about 300 arrested protesters including several minors) are the ...
1972
Read