Home geopolitics Analysis Germany sends arms to Ukraine, but must ...

Germany is sending arms to Ukraine, but it must play the game of the United States 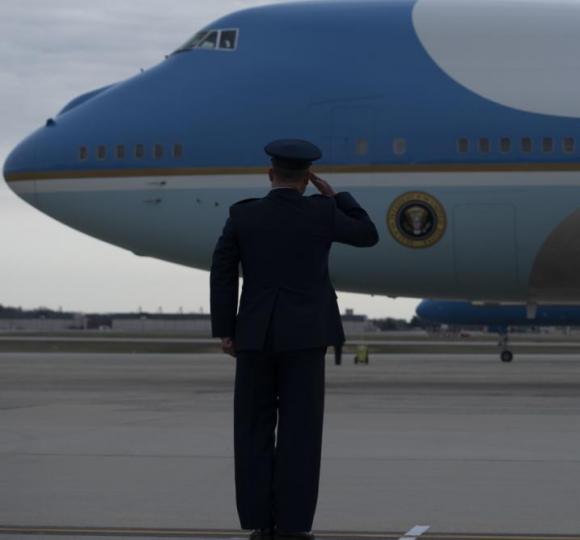 One of the ways to observe the evolution of the conflict in Ukraine is to record the behavior of the satellites of the great powers involved (or officially not involved), therefore of the United States and Russia, to grasp the dynamics that are really moving.

Yesterday was the news that Germany will send arms to Ukraine. This decision immediately seemed to the official media to be a historic change in the German geopolitical posture, so far marked by the defeat in the Second World War and therefore punished with the deprivation of real strategic capabilities and even more deprived of a real strategic thought. The constitution itself requires it not to send weapons to any country involved in a conflict, so what is the significance of the German move? Is it really such an important upheaval? Would it be the symptom of a new awareness?

First of all, it should be noted that the weapons will be sent not directly, but, under the current constitution, to a third country (the Netherlands or Estonia) and from there to Ukraine. In reality this is already a first confirmation that German politics continues not to want and be able to choose to an extent appropriate to one's stature, in the name of perennial indecision, which leads it to stay with (under) the United States, but to take gas (energy) from their historical rival, Russia, and to trade (money) with their challenger, China.

Maximize the rewards, but don't pay the costs

Obviously, up to a certain level, this mentality is supported by the American hegemon, but only up to a certain level. Further confirmation that Germany does not want to upset its own in action it is the same speech with which the dispatch of weapons is announced, or rather that the attack is in progress "Threatens our entire postwar order".

The sending of weapons is therefore inscribed, at least officially (but with further meanings that we will see below), in the context of a conservation of the existing and its power relations. The underlining of the existing order is a message that the Germans send to Washington, the order in question being that of an American domination of Europe, sanctioned by its victory in 1945 and intended to annihilate any resurgence of German power in the continent (beyond than to remove Moscow). 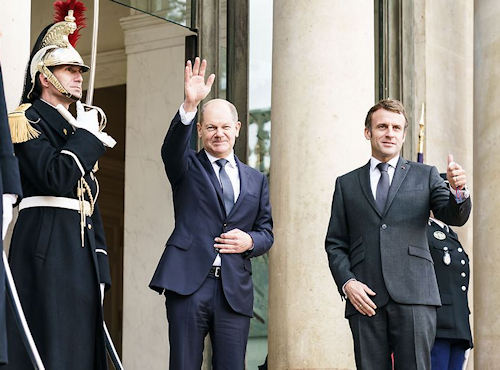 Whatever act Germany wants to carry out, even if only in apparent contradiction with this condition, must therefore be done by not only signaling its harmless nature, but even presenting it as a defense of the yoke that weighs on it, or rather to prevent the order from being upset. It is therefore certainly no coincidence that the announcement takes place the day after an identical French one.

Since the birth of the European Union, the geopolitical significance of Franco-German axis it is nothing other than that of an exchange, with which France obtains from Germany the weight it does not have, and above all Germany, unable and by now unaccustomed and fearful to move on its own, obtains from France the license of action not German, but European. The only way, especially in the past, to legitimize any one's move. The announcement of Berlin after that of Paris serves precisely to reiterate this to the United States that this is not a German step, but a European one, devoid of true autonomy from Washington.

To understand how effective the world of constraints Germany has to submit is, we need to broaden our gaze to which other European countries are doing the same thing. Weapons are being sent from the Netherlands, Belgium, the Czech Republic, Denmark. Stopping for now at this first group, it turns out that it is precisely the countries of the American camp, which however also border all around Germany and above all that they are the countries, whose small size has led, throughout history, to their suppression whenever Germany projected its power. To give a few examples, the occupation of Belgium in the two world wars, or that of the Netherlands, Belgium and Luxembourg in the second, the annexation of Bohemia and Moravia in 1939 or the occupation of Denmark in 1940. move together with Germany is then not an indication of their participation in a resurgent German sphere, but that of participation in American control over Germany, the only power that could undermine, even if not today or tomorrow, the stars and stripes hegemony on the continent , should he succeed in shaking hands with Russian power.

To confirm that this is the reality of these nations' relations with Berlin, we must go back to the launch of the Recovery Fund of 2020. Among the states that were most opposed to the possibility that Germany would expose itself to guarantee something similar to a European public debt, to help the states most in financial crisis due to Covid, there were precisely the same just mentioned, which are now sending weapons together with Germany. If they were really its satellites, they would also have, at the time, immediately endorsed the fund, instead they were the strongest advocates of an even more ferocious fiscal austerity than that attributed to Berlin, aware that the issue is never just economic or that if it is, it is only so at the beginning, because German money could still risk becoming in the future a lever for the construction of a renewed German geopolitical influence, should there be a new desire in Berlin to express power. Each time, it is repeated, that Germany expresses itself in the form of power, they are the first to be incorporated. Money yesterday, weapons today, the reasoning remains the same. 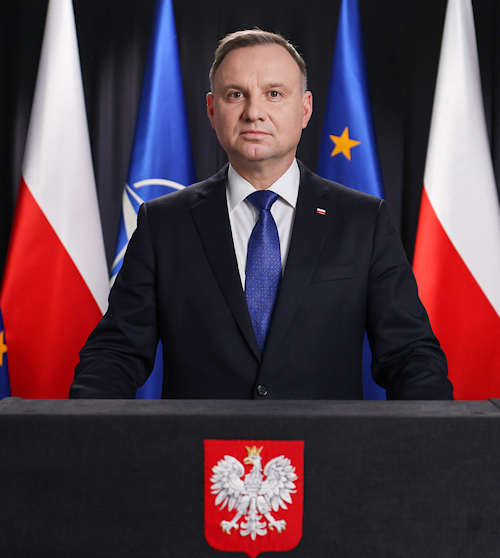 Going even further, among those who are preparing to help Ukraine with the shipment of weapons, larger than the previous countries and to complete the encirclement of Germany by the American bloodhounds in Europe, there is Poland. For weeks this has criticized the German attitude of not wanting to send real military aid to Kiev. This accusation is in apparent contradiction with Poland's age-old fear of finding a renewed German power at its western side, which has had even more harmful effects on it than on the aforementioned peoples.

Here too is the idea of ​​money yesterday and weapons today… sphere of influence tomorrow? No, if you look at the main fear perceived by Warsaw, which in the present moment is Russia. This is why he wants to push Germany to hurt Moscow, because, by turning them against it, he separates them even more and favors an American domination which is by nature anti-German and therefore functional to Poland.

Widening the spectrum (and the importance) of countries helping Ukraine by sending weapons further, France should be mentioned. It is explained in a previous article what are the real possibilities of maneuvering of the French nation in this conflict, including that of helping the United States to make it impossible for a resurgence of German power linked to that of Russia.

Also in this case the French action serves to make German aid officially European, preventing it from registering a support given by countries that are too small, so as not to seem hooked, making it appear not a European aid, but a German aid. The French counterpart is used by the Americans to devitalize the meaning of the German one.

We can then look at the situation from this point of view. The United States is getting more and more apart from Russia and Germany, weakening an understanding, which would be the only real one capable of threatening its hegemony. In doing so, they give weight to France, giving it the opportunity to take on a European management of military aid to Ukraine. This only apparently revives the French idea of ​​European strategic autonomy, understood by France as a group of Europeans led by it in the field of defense. An idea already eroded by the difficulties of the French military mission in North Africa (operation Barkhane), where among other objectives, there was also that of leading a military mission of the Europeans, more autonomous from the Americans (Task Force Takuba) and experience a step in strategic autonomy. In reality, France, backed by the US in trying to rhetorically guide “European” aid to Ukraine, is only tightening the bolts of American domination over Germany. By doing so, she also allows the Americans to inhibit the autonomist project, at the same time as they make her officially assume more responsibility. What is happening therefore is not the sending of German weapons to Ukraine, but the sending of weapons to all Europeans, so that they are not just German weapons.

Taking one last consideration, if we arrived, also through the conflict in Ukraine, at a certain stable reorganization of the Russian borders in Eastern Europe, which in some way calms Moscow's strategic insecurities, and in doing so also consolidates the ' German belonging to the American camp, eroding its relations with Russia, Washington, in the process of the real challenge with China, which will be increasingly heavy, would have a further advantage in the decisive game of the future. The United States is already achieving its results with respect to the usefully widened Russo-German divide, all to be seen instead on the future of the borders with Russia. Reiterated German submission, however, has a price that Americans will monitor in the future.

Scholz, in repeatedly condemning the intervention against Ukraine, often reiterated that it is Putin's war, not the Russians, against Kiev. How to say ... without him, will Germany resume getting closer to Russia?

The international situation is evolving rapidly and there is no country that does not have to adapt. In an area of ​​course ...
5978
Read

The visit of the Chinese foreign minister, Wang Yi, who in the second half of May touched several small states ...
1042
Read

The focus of geopolitical attention cannot be fixed; Ukrainian drama aside, Asia continues to stir up more than ...
8751
Read

The vote in the UN Assembly of the motion condemning Russia's aggression against Ukraine has ...
3107
Read

Wars are not only fought on the battlefield but also on agricultural fields. The world is witnessing a ...
1465
Read

The Ukrainian conflict does not stop international relations, which are bound to each other by a globalization ...
2316
Read

The rise of China as a global economic and geopolitical superpower has heightened tensions and concerns about ...
3262
Read

Last May 23, with a grand ceremony attended by President Recep Tayyip Erdoğan as guest of honor ...
4495
Read

While a part of the world watches with concern the evolution of the situation in Ukraine, in other regions of ...
8013
Read

The Ukrainian campaign could prove to be more costly and damaging for Russia than anticipated. Despite a ...
2622
Read