Home geopolitics Analysis Georgia in the crosshairs of the Islamic State

Georgia in the crosshairs of the Islamic State 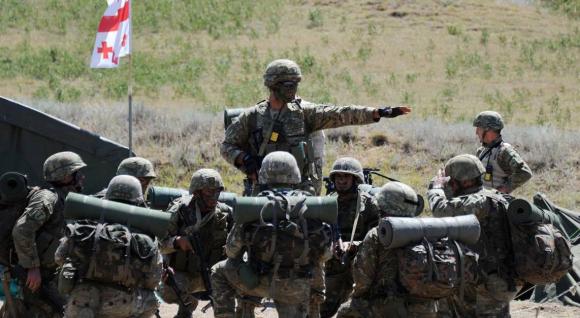 The threat of the Islamic State widens and after Paris the men of al-Baghdadi seem to be targeting the South Caucasus, specifically the Republic of Georgia. On November 23, 2015, in a video in Georgian language with Russian subtitles that appeared on the web, a group of four Caucasian fighters belonging to ISIS, armed with AK-47 rifles and a grenade launcher, invited Georgian Muslims to join the state Islamic and threatened the "infidels" with death.

The Georgian media claim that the fighters appearing on video are originally from the Autonomous Republic of Adjara with an Islamic majority located in southern Georgia on the border with Turkey; among the militants we recognize the twenty-two year old Khvicha Gobadze and three residents of the western region of Guria, where they had migrated with their families from Adjara.

The accusation of ISIS to Georgia would be to have persecuted Muslims in Iraq and Afghanistan with Tbilisi participating in the operations of the US-led coalition in Iraq and the NATO International Security Assistance Force (ISAF) in Afghanistan. In addition, the video attacks Muslim spiritual leaders in Adjara, called "slaves of the infidels" because they confuse local Muslims and distract them from their real task, before the delusional conclusion that the Caliphate is said to be closer to the country than it is you think and that the "time to cut your heads will come soon".

The day before the release of the film, the Georgia Security Services (SSSG) arrested Davit Borchashvili, a 29-year-old from the Pankisi Gorge, who had already been extradited from Turkey on charges of the Tbilisi City Court affiliated with the Islamic State in Syria and violating the 328 article of the Georgian code concerning contacts between citizens and terrorist organizations. To frame Borchashvili would seem to have been an anonymous video posted on Youtube that portrays the boy in the company of armed men while crossing an unspecified area of ​​Syria with a flag similar to that of ISIS.

Borchashvili's defense is based on the fact that in Syria he would fight in the ranks of the Free Syrian Army (FSA), an army opposed to the Government of Bashar al-Assad and therefore not contrary to the rules contained in the article 328. It is interesting, however, to note that Aiuf Borchashvili, a resident of the same village of Davit Borchshavili, was arrested last 14 on June 2015 on charges of recruiting ISIS fighters in the Pankisi Gorge area. 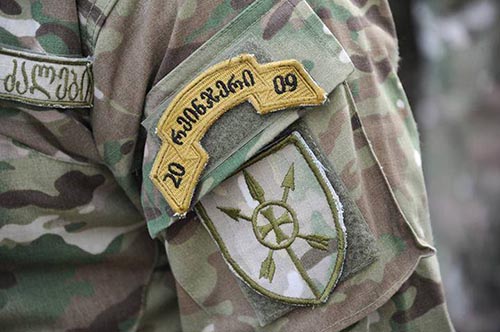 In response to concerns raised by media and local experts about the rise of Georgian fighters or residents of Georgia in ISIS, Georgian Security Services, through Deputy Minister Levan Izoria, said that the number of citizens engaged in the activities of the terrorist groups in Syria it would not exceed the 50 units and would be decreasing; different than reported by the United States Department of State within the 2014 Country Reports on Terrorism that would estimate the number between 50 and 100 units.

Not only the Autonomous Republic of Adjara could represent a fertile territory for the recruiters of the Islamic State, but also the Pankisi Gorge, a territory that borders the unstable North Caucasus region (inside the Russian Federation), specifically Chechnya, where the "Emirato del Caucaso" and in the last times the Islamic State itself are very active. In the Pankisi Gorge we recall the well-established Chechen community of the Kist, a Muslim population that speaks a dialect of the Vainakh (Chechen-Ingullus).

According to local sources, hundreds of young Chechens from Pankisi are fighting in Syria; among them stand out Tarkhan Batirashvili (aka Abu Omar al-Shishani, or Chechen), commander of Jaish al-Muhajireen wa al-Ansar, group affiliated first to al-Qaeda then to the Islamic State, and Murad Margoshvili (aka Muslim Abu Walid al-Shishani), both included by the United States in the list of international terrorists.

The two leaders, whose charisma grips many young Chechens of Pankisi and Muslims living in Georgia, have a different story.

Abu Omar al-Shishani is originally from the Pankisi Gorge, but according to his father Timur Batirashvili to the newspapers, he would be a Christian converted to Islam after his visits to the Chechen community. Georgian army soldier engaged in the August 2008 in the war against Russia (which promoted independence de facto of Abkhazia and South Ossetia), the then Tarkhan Batirashvili was then dismissed for illness and subsequently discarded by Georgian police. Disappointed by the treatment received, he was arrested for possession of illegal weapons but then released into the 2012 thanks to amnesty. At the age of 27, Tarkhan Batirashvili decided to enroll in Syria in the al-Qaeda-affiliated group Jabht al-Nusra, and then form Jaish al-Muhajireen wa al-Ansar of which he became leader. With the proclamation of the Islamic State Tarkhan Batirashvili, now known in Syria under the name of battle Abu Omar al-Shishani, he decided to proclaim his alliance to ISIS coming into conflict with other fighters and Caucasian leaders who fought in the Middle Eastern country as Ruslan Machalikashvili (aka Feizulla al-Shishani) and Murad Margoshvili (aka Muslim Abu Walid al-Shishani).

Speaking of Muslim Abu Walid al-Shishani, leader of the Syrian Lions group in which most Chechen fighters from Chechnya and Pankisi Gorge fight, his military background dates back to the First and Second Russian-Chechen Wars where he had fought in the ranks of the rebels. The decision therefore to go to Syria in the ranks of the Free Syrian Army, as reported by cousin Khizri to local media, was given by the need to escape from the Georgian security forces who had planned the arrest, because he was accused of trying to infiltrate terrorists from Georgia to Dagestan, and from the will to fight again Russia and its support provided to the government of Bashar al-Assad. A different position from that of Abu Omar al-Shishani who opposes the two leaders and that, according to what the family of Murad Margoshvili said, sees Muslim Abu Walid al-Shishani fighting not only against the Assad forces but also against the State Islamic itself.

The stories should alarm the government of Tbilisi, guilty of having failed in its policy of integration of the Islamic minority even if Abu Omar al-Shishani, Muslim Abu Walid al-Shishani and the Chechens of Pankisi are labeled by the inhabitants of the Gorge as isolated cases , indoctrinated by local religious foundations financed by Saudi Arabia.

What is clear is how the jihadist phenomenon based on the radicalization of non-integrated minorities is increasingly gaining ground in areas of strategic importance and is spreading like wildfire, being able to affect not only Syria and Iraq, but now also the Caucasus.

The international situation is evolving rapidly and there is no country that does not have to adapt. In an area of ​​course ...
4184
Read

The visit of the Chinese foreign minister, Wang Yi, who in the second half of May touched several small states ...
1034
Read

The focus of geopolitical attention cannot be fixed; Ukrainian drama aside, Asia continues to stir up more than ...
8737
Read

The vote in the UN Assembly of the motion condemning Russia's aggression against Ukraine has ...
3086
Read

Wars are not only fought on the battlefield but also on agricultural fields. The world is witnessing a ...
1462
Read

The rise of China as a global economic and geopolitical superpower has heightened tensions and concerns about ...
3247
Read

Last May 23, with a grand ceremony attended by President Recep Tayyip Erdoğan as guest of honor ...
4481
Read