The recent events in Afghanistan, with the approximate and hasty American retreat, immediately highlighted China's interest in developing good relations with the Taliban.

An attitude, if we want to be inconsistent, with the persecutory policy against the Turkish-speaking Muslim minority of the Uyghurs, inhabitants of the northwestern region of Xinjiang.

In fact, we would have expected from Beijing, towards the new neighbor, warning signs not to interfere with aid and hospitality to the Muslim groups that oppose the Chinese authority from inside the country, but the official statements of these days are instead go in a completely different direction, and have offered the newly installed government of Kabul a wide recognition and maximum cooperation.

Xi Jinping's plans probably include that of "annexing" the Central Asian state to the mega project called Belt and Road Initiative (BRI), which already involves the neighboring countries of Pakistan, Tajikistan and Uzbekistan.

But it is above all the aims of the huge Afghan mineral reserves, including rare earths, that have the greatest influence on Beijing's policy.

It must be recognized that, despite the long Western presence in the country, China has shown greater pragmatism in this sector than the US. 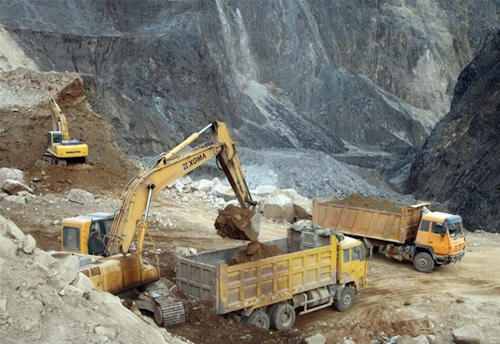 As early as 2007, in fact, the Chinese state-owned mining company1 China Metallurgical Group Corp (MCC) obtained a contract from the Kabul government for the thirty-year exploitation of the copper deposits of Mes Aynak. A project worth almost 3 billion dollars that could guarantee a production of 343 thousand tons of copper per year and the creation of tens of thousands of jobs.

Suffice it to say that the Mes Aynak reserves, among the largest in the world, could contain up to 5,5 million tons of high quality copper.

The United States, on the other hand, in the twenty years of occupation of the country, has only limited itself to noting its huge mineral resources, without starting any exploitation program.

in 20062, the American government scientific agency, US Geological Survey (USGS), concluded, after a careful geological investigation that the district of Khanneshin alone, in the province of Helmand, held up to 60 million tons of copper, 2,2 billion tons of iron, and, above all, 1,4 million tons of rare earths (Rare Earth Elements, REE).

Not to mention the numerous deposits of aluminum, gold, silver, zinc, mercury and lithium.

Respectable numbers, which even then consecrated Afghanistan as the country with the largest reserves of REE in the world. 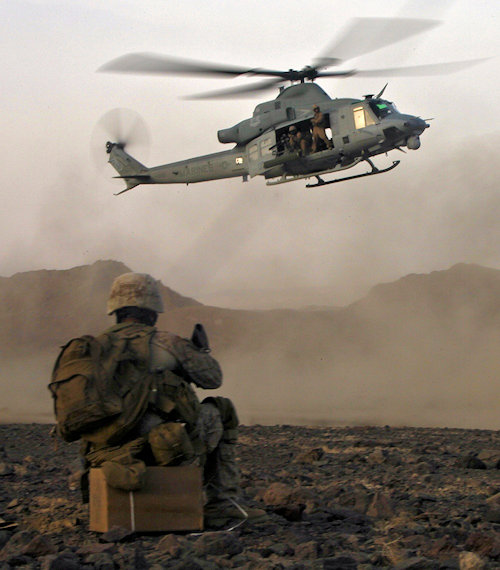 But which, inexplicably, did not lead to any "securing" of the fields by the US, and this alone would be enough to understand how the twenty-year US presence in that land has never crossed a purely military dimension. Which explains, among other things, the failure we are witnessing these days.

The US lack of interest in Afghan mineral wealth has been consumed, even more serious, despite the fact that the superpower, (with the sole exception of the Trump era), was among the major sponsors of the energy transition underway, namely the “Transition from using non-renewable energy sources (oil and coal ndA) to renewable sources3 (….) ".

A transition that does not happen for the first time, but that has already taken place with the transition from wood to coal in the nineteenth century and with that from coal to oil in the twentieth century.

In the first case, at the dawn of the first industrial revolution, the British Empire secured the global monopoly of coal, hegemonizing world production and distribution channels to its own industries.

In the second, in the twentieth century, it was the USA, a power at the dawn of its rise, that behaved as the British had done a century earlier, this time towards a particular black oil of fossil origin, which flowed naturally from the ground. , and which, once extracted and refined, revealed an energetic power superior even to that of mineral fossil fuel.

In both cases, the control over production and sources of supply proved to be the distinctive feature of the two Empires.

It is therefore particularly curious that the current energy transition, promoted by the Western world among other things, does not see the United States today, but China in the position that Great Britain and the USA had in the past centuries.

A role that is not surprising, considering that Beijing, with great foresight and political leadership (Deng Xiaoping argued that "if oil is the gold of the Arabs, China has rare earths"), has been able, over the years, to build a monopoly position on most of those raw materials which, just as happened in the past with coal and oil, make the current energy transition possible today. 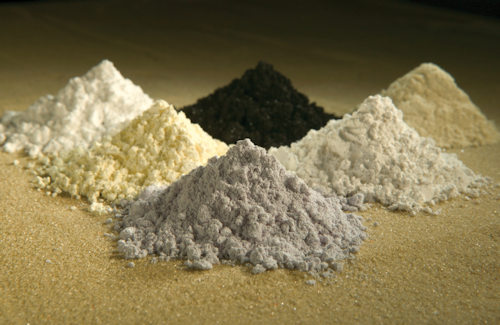 I am talking about a small group of rare metals, considered indispensable for the two pillars of the energy transition 4.0: renewable energy with low carbon emissions and digital.

Metals, which China extracts on its territory for over 60% of global volumes, and which produces 90%.

These respond to exotic names such as Gallium, Germanium, Antimony, Niobium, Metallic Silicon, Tantalum, Tungsten, etc. They also include the metals of the platinum group (Ruthenium, Rhodium, Palladium, Osmium, Iridium and Platinum) and a further group of 17 elements, the Rare lands precisely, with particular magnetic properties, which make them suitable for most green technologies.

The REEs, due to their chemical-physical qualities, are used in the electronics industry, for the production of smartphones, tablets, computers, household appliances and televisions; in the medical field in the field of oncological treatments and for magnetic resonance systems (MRI); in the defense industry, where they are used for the construction of drones, radar, sonar, laser and guidance systems, and as components of jet engines for missiles.

The amount of RRE it varies according to the applications: in a mobile phone we find 50 milligrams, in an air conditioner instead 120g, in a Toyota PRIUS car 15 kg, in an F-35 airplane, up to 416 kg.

Quantities rise to 1818 kg in a warship and even double in a military submarine.

We can therefore expect that China will continue the acquisition policies already carried out around the world in Afghanistan, with the aim of securing the extraction and supply chains of these special raw materials.

In Africa, for example, where, over time, it has become the continent's first foreign investor, it is already very present thanks to Belt and Road Initiative.

Africa is also a promising continent due to the economic vulnerability of its states, many of which have already accumulated loans that they are no longer able to honor, such as the Republic of the Congo and Mozambique.

Chad, Eritrea, Somalia, South Sudan, Sudan and Zimbabwe are also at risk of default, and Zambia and the Central African Republic are likely to be soon too.

Conditions that China exploits by negotiating deferrals in the repayment of loans with mining rights and licenses to use port areas (as happened in Sri Lanka). 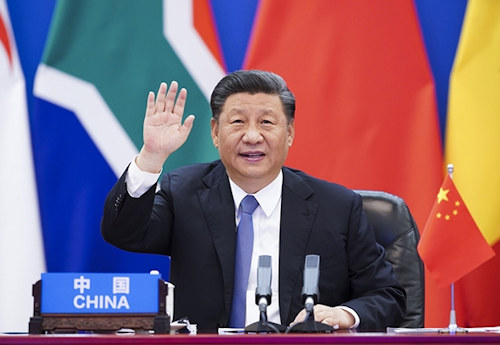 But Chinese penetration does not only take place in Africa.

By gradually acquiring shares in the main local companies, Chinese companies have positioned themselves, without arousing the slightest concern on the part of local governments, also in Brazil, rich in niobium, and Australia, in tantalum.4.

And also in Chile, Argentina and Australia, all rich in lithium, thanks to whose resources, in just six years, China has managed to dominate the global market for the mineral - used in the production of electric vehicle batteries, in those of computers and smartphones, and in the glass and ceramic industries - with more than 59% of the world's resources now under its control.

Today China controls 41% of Argentina's rare earth production5 and 37% of its reserves.

In Australia, on the other hand, Chinese companies have acquired stakes in 91% of ongoing lithium mining projects, and 75% of the country's reserves, among the largest in the world.

And the list could go on to include Brazil (100% of production) and South Africa where two thirds of all major rare earth mining and processing sites are owned by Chinese companies.

Like what has happened in other parts of the globe, the decade that has just begun will certainly see the intensification of relations between Beijing and Kabul.

Weapons, technology and money, lots of money, will flow profusely to Afghanistan, which will give up mining rights and corridors for the BRI in exchange.

In doing so, Beijing will increasingly become the arbiter of the current energy transition, and undisputed master of the Asian continent.