The battle around the huge Energodar nuclear power plant: a bottleneck for mankind 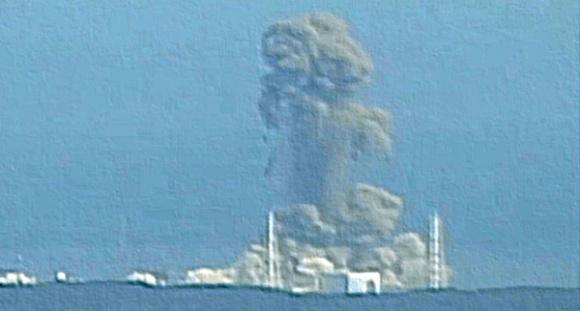 Russian mechanized troops, after having failed the occupation of Melitopol in four uninterrupted days of fighting, bypassed the city, in the far south of Ukraine, to split up and target Mariupol in the east and Zaporizia.1 in a northerly direction. On the way to the large industrial city of south-central Ukraine, with a population slightly less than that of Turin, is the Energodar nuclear power plant2, the largest in Europe, the second largest outside Asia and among the top ten in the world, with a production capacity of 5.700 MW and six reactors of 950 MW each, of which the fifth and sixth I'm not currently on duty. The plant alone supplies half of the electricity generated by nuclear power to Ukraine and covers one fifth of the energy consumed.

Beyond its strategic role for the Eastern European country, the plant, located on the banks of the Kakhovka reservoir on the Dnieper River, could be the scene of the most dangerous combat in human history in the coming days: four active reactors and two "sleeping" could target the military operations of the air and ground forces of the Russian aggressors and the defense systems of Kiev.

Let's look, to understand the reason for our concern, at one of the weapon systems that the Russians are carrying for this clash: I am referring to a thermobaric weapon, the TOS-1, commonly known as "Buratino" (photo at the bottom). I want to remind you what it is in the words of a interesting article appeared on Difesa Online in the 2015: “The Russian nightmare with the strange code name is considered by many to be an atomic bomb. The resulting explosion creates a sphere of incandescent gas at a very high temperature, accompanied by a devastating over-pressure. To achieve this effect, the bomb combines a special explosive, in the form of a gel or powder and with metal additives, with atmospheric oxygen, which acts as an oxidant. After which the mixture is made to explode by a special trigger ". The explosion has a devastating effect on organic tissues and buildings up to 350m. 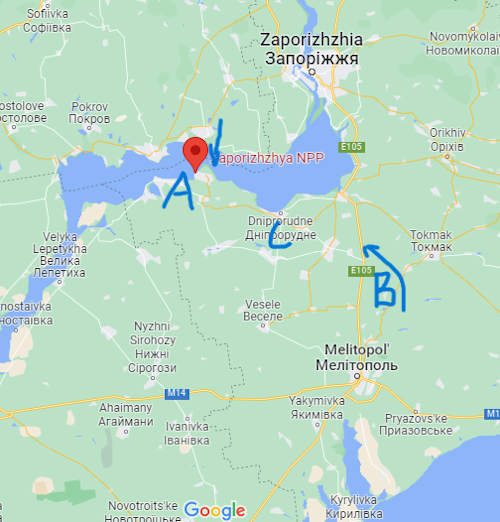 Let's also look at where this plant is located (A) and where, until a few hours ago, the Russian tanks and armored vehicles had arrived (B):

Note that the road to Zaporizia inevitably leads to the eastern flank of the Dnieper not far from the citadel of energy.

We think that in a framework such as the invasion war of Ukraine, it would be impossible for anyone to be able to prevent and, even worse, to manage an emergency such as the fire and subsequent explosion of one or more reactors, which constitutes a serious threat to the future of humanity: the dimensions of this disaster could be so devastating as to be placed at a higher level, which for now does not exist, in the scale of "nuclear events".

That said, we believe that it is preferable that the parties, perhaps through direct talks, decide to exclude the Energodar nuclear power plant from the list of military targets, decreeing, so to speak, its extraneousness to the conflict, or that Westerners take responsibility for secure it, in case the Ukrainians fail to shield the Russian advance at the point we have indicated in the map above (C), eventually occupying the structure and the surrounding area with a multinational force, to isolate it from fighting. We think that they should not rule out the possibility, if the Kremlin decides to challenge the Western "defenders", to use nuclear missiles at the edge of Russian territorial waters as a last resort.

Ladies and gentlemen, the partial or full explosion of the Energodar would constitute a bottleneck for the survival of mankind on this planet or even for the existence of life, as we know it today, on the entire Earth. 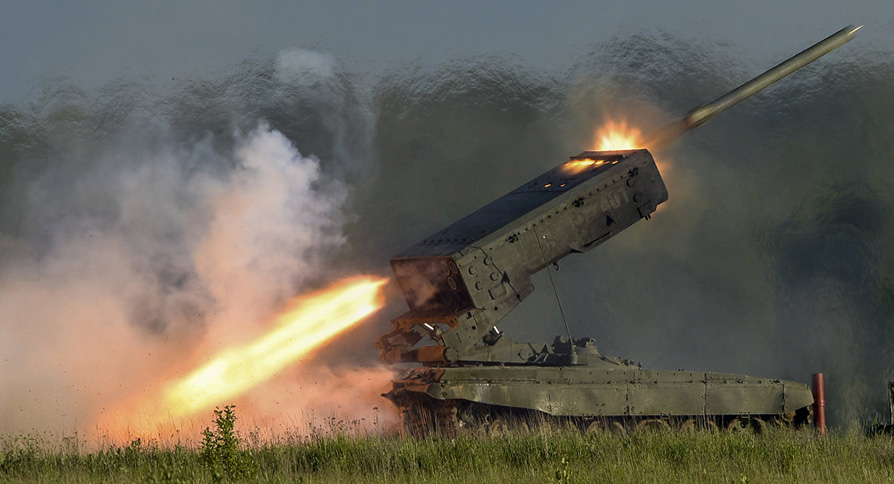 2 Enerhodar in transliteration from Ukrainian

The international situation is evolving rapidly and there is no country that does not have to adapt. In an area of ​​course ...
6332
Read

The visit of the Chinese foreign minister, Wang Yi, who in the second half of May touched several small states ...
1047
Read

The focus of geopolitical attention cannot be fixed; Ukrainian drama aside, Asia continues to stir up more than ...
8755
Read

The vote in the UN Assembly of the motion condemning Russia's aggression against Ukraine has ...
3113
Read

The rise of China as a global economic and geopolitical superpower has heightened tensions and concerns about ...
3267
Read

Last May 23, with a grand ceremony attended by President Recep Tayyip Erdoğan as guest of honor ...
4497
Read

The Ukrainian campaign could prove to be more costly and damaging for Russia than anticipated. Despite a ...
2625
Read