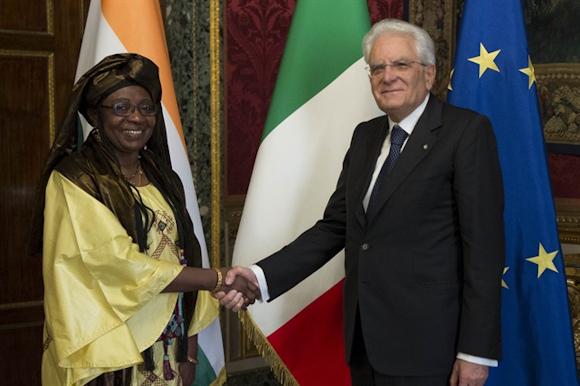 Italy and Niger. Despite the geographical distance that runs, the geopolitical events of the two countries continue to intertwine as threads of the same weave of the same Mediterranean cloth woven by a Penelope now tired of undoing at night how much yarn in the morning. The chronicle, although extremely thin, offers the opportunity for various considerations that, although diplomatic, will be largely unpleasant.

After several months in which there have been meetings, assessments , letters of intent, parliamentary votes and financial and logistical planning, the government of Niamey, thanks to the megaphone generously offered by a French public broadcaster, has in fact disregarded the need for an Italian military mission, without prejudice to our presence in operation purely training. Franco-Nigerian dialectical equilibriums are the background of diplomatic relations in which the French power politics personified by Macron scores the umpteenth blow by exploiting congenital and incurable weaknesses combined with guilty distractions.

Just as during the 6 Nations Tournament, our National Rugby Team was not considered worthy of the Stade de France, so our executives, the current declining mandate and most likely also the next post-election poll, are not considered able to interpret a part of weight in the political region at least regional.

Faced with a propagandized "Treaty of the Quirinale", which can never and never have the same political weight as the Treaty of the Élysée of 1963 which saw Germany as a powerful counterpart, we must take note of a deprivation of decision-making autonomy which, again time, it humiliates us. In the Mediterranean, in "our" Libyan backyard, where ENI's interests are significant, Italy has had to suffer the sudden Anglo-French willingness; previously in Somalia it was the Americans who created problems for us to land in Mogadishu, not counting the participation in missions outside the area, like in Afghanistan and in Iraq, nothing had to do with our international posture, voted for a role certainly not global.

In order to remain in the transalpine context, we can not forget the story that saw the financial crisis of Fincantieri in the STX controversy, passing through the controversial Treaty of Caen that would regulate the Italian and French maritime borders, to arrive at the Franco-Libyan accords that to say it) General Haftar, Serraj's direct competitor, supported by Italy. 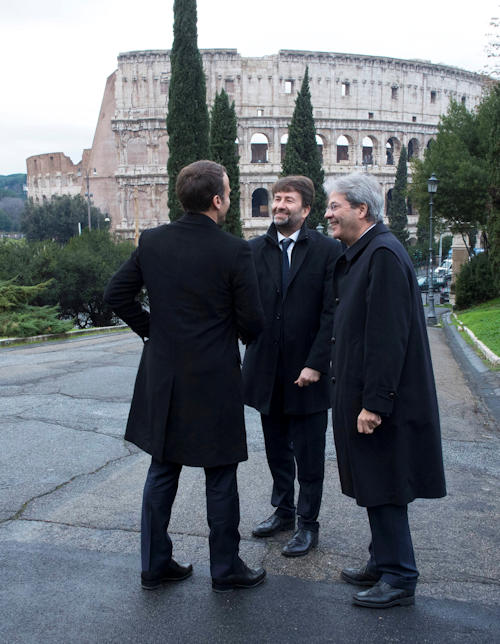 In short, more than allies, just to stay in one area mercantile and liberal, we are dealing with one competition ruthless that, in the French case, does not intend to dispose of the sovereign and colonialist garments.

Italy in Africa has the precise duty to take care of national interests in the energy field, especially after the demeaning outcome of the comparison (?) In Cypriot waters with the other ally (?), the Turkish Erdogan; the problem consists simply in establishing who is able to exercise a real power politics and above all who can concretely exercise the concept of strategic depth.

What Italy is, As usualin a subordinate and ancillary position is a fact, as it is easy to understand that the French resistance to our presence derives from the fact that never ever the Hexagon would accept forces virtually operations that are not under his direct command, particularly in an area where he fights and where the interests are huge and numerous, beyond the aforementioned contrast to migration flows and jihadists.

Francafrique in the Sahel area, where it continues to pursue a geographically expansive horizontal line, it protects the interests of Total, extracts uranium, sells weapons for hundreds of millions, and above all continues to impose the CFA Franc, a currency that prevents effective currency independence of the former colonies which, even now, pay part of their reserves to the French Treasury which, consequently, holds the power to establish how much African paper money to print. What is easier then, in obtaining a radio declaration from the Nigerian government together with spontaneous (?) Protests against a foreign (Italian) military presence when Frenchmen and Americans are already operating on the ground?

So far France; it's Italy? To give in to despondency for a geopolitical situation that sees us more and more inane would be easy, but perhaps the time has come to analyze what "we are"; protected by benevolent bipolarism, we have always taken advantage of Western protection to avoid assuming positions of responsibility. There are two concepts that are very present and rooted in French political culture: Country e sense of the state, principles that in Italy are very ethereal, substituted by Atlanticism first and then Europeanism.

If it is true that Italy has managed to find a fair trade size, it is equally true that the lack of national conscience and culture have prevented a complete evolution of the country, a factor that is now lacking in order to confront the competition brought by everyone, first of all from ours allies (?).

In the context of a nation not yet politically evolved even the geopolitical thought has remained backward, and this delay has not (guiltily) allowed to appreciate the changes that have followed and still startle territories, identities, hegemonies and nationalisms; the countries that have continued to cultivate this culture have therefore an advantage over us: a high and solid sense of belonging to their own Nation that disregards the ideological aspect to point to winning facts and strategies capable of giving full sovereignty and a strong economy and stable, not separated from the internal political context and above all foreign. 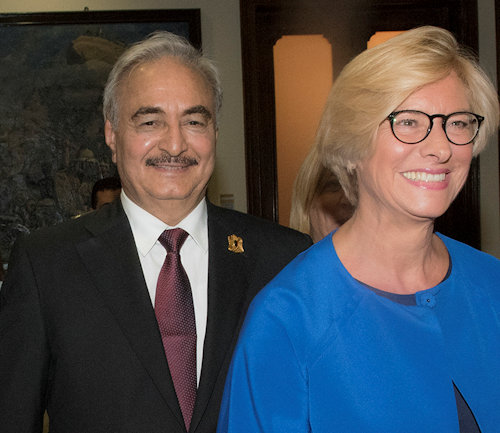 Italy, at least regionally, has all the numbers to be able to be strategic, yet politically it always turns on itself; in our hemicycles it is always expected that some other player make his move, sparing us the burden of deciding, or we continue to exploit a sterile wait at the roof of the international institution on duty hoping for the good fortune of the Star that continues to shine on the crown of that girl who, even if she could speak from the thousand documents where she appears, would most likely cover us with shame with a deafening silence.

Geopolitically, having lost from the end of the war the ability to have a truly independent foreign policy, we prefer to interpret the wavering role of the free batsman, feared for the unforeseeable choices but at the same time and for the same reason, marginalized. Italy is potentially Useful to all: as a logistics base for the Americans to whom we remain devoted to alternate and sometimes self-harming phases; as a Mediterranean projection base for Russian interests; as a commercial bridgehead for commercial traffic on the new Chinese silk route. But the making oneself to evaluate if not indispensable, if on the one hand it offers the prospect of dividends, on the other it has a price: enhance its strategic and cultural heritage by recalling the inevitable naval and maritime propensity that geography has naturally assigned to us with the need to be able to count on a political maturity that However, it appeals to us for the precise responsibilities that it entails.

The doubt arises, looking at Saipem 12000 and to the Nigerian expressions, which the Italian political class, attentive to the meticulous polemics on the internal front, does not really know exactly what is the real national interest, which despite being forced by the historical and political circumstances does not have the slightest intention to operate strategic choices.

In order to take part fully in international politics, thus avoiding to touch again the humiliating Nigerian fund, it would be necessary for Italy to become aware of having to confront the surrounding reality, to be free from the convenient but binding directives coming from outside , to be inspired by the widest possible meaning of that concept of Romana Virtus recalled inside the courtyard of Palazzo Salviati. It takes courage and preparation now dramatically absent.

Flaiano split that "in our country the most common form of imprudence is that of laughing, considering them absurd, of things that will happen later": Maybe it's time to finish it be imprudent. 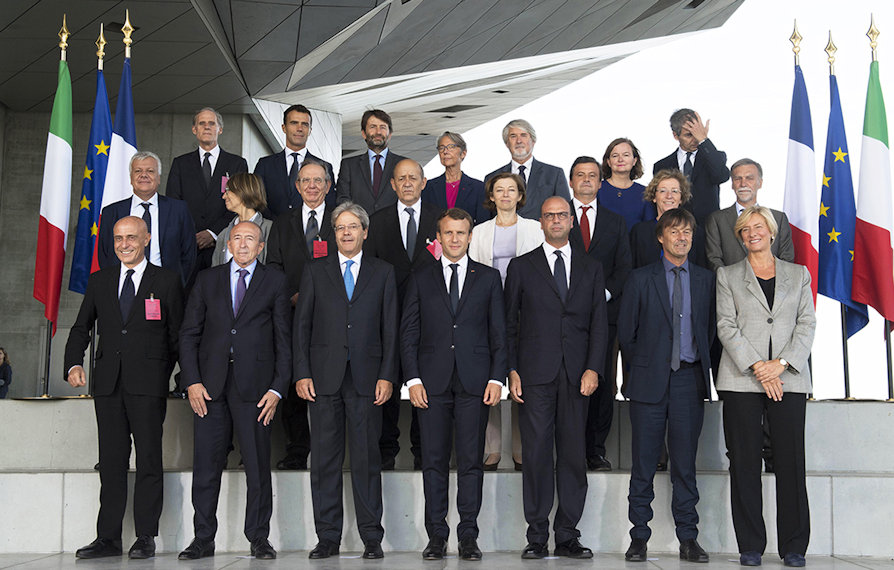 (opening photo: Presidency of the Republic source - President Sergio Mattarella with Mrs N'Gade Nana Hadiza Noma Kaka, new ambassador of the Republic of Niger, on the occasion of the presentation of the following credentials / photos: Prime Minister, Ministry of Defense)

Between the second half of July and the beginning of August over thirty people died (including two soldiers ...
113
Read

Al Qaeda loses its subtlest mind; like in a Tom Clancy novel, al Zawahiri was eliminated by the 2 missiles ...
4223
Read

In the course of our previous analysis we talked about how the leader of the political party Fidesz, Viktor Mihály ...
3266
Read