Home geopolitics Analyses Iraq: a cleric between God and Marx

Iraq: a cleric between God and Marx 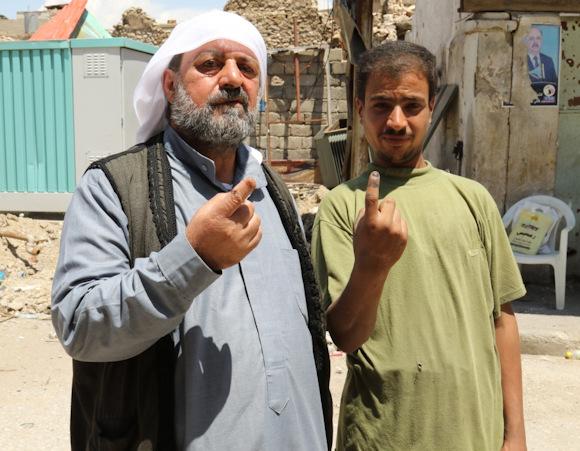 The Iraqi electoral consultations, as stated above, have proved to be of considerable importance not only in the national but also in the regional sphere, especially when compared to the considerable population flows. returnee achieved at the (temporary?) defeat of Daesh. The outcomes of the policies pursued in recent years have led to a sharpening of the sectarian aspects that have affected the Sunnite component of the Anbar where, not surprisingly, the Islamic State has managed to reap support and support; it should also be noted the dysfunctional management of internal political power that has contributed to the creation of a restricted ruling class responsible for widespread discontent; precisely in this aspect lies the motivation of the jihadist insurgency and the reason for the increase in the state of tension between the Shiite and Sunni communities, which continues to represent both an element of fragility and a risk factor for a possible return of Daesh.

The Iranian hegemonic presence that, with the Militias of Popular Mobilization of Shiite extraction, has been able to propose both in contrast to the Islamic State, and as a mentor of political forces aspiring to vary the institutional structures of the country; under this point of view the Fatah coalition should be framed, bringing together the main political components of the FMP, all gravitating in orbit Pasdaran and directly dependent on the general Qasem Soleimani commander of the Iranian special forces Al Quds, for the Ayatollahs, has represented the wedge by which to try to amplify a useful presence to influence the politics of the Country of the two Rivers, elegantly eluding for the armed militias the prohibition to participate in electoral contests. With an unknown, however: Moqtada al Sadr, a charismatic figure in the Iraqi political scene. Son of the Great Ayatollah Mohammed Sadeq al Sadr, killed for his opposition to the Baathist regime of Saddam Hussein, he fought with his militias first against the US then against the Islamic State. Some of the political forces that have been proposed for the confrontation at the polls have pursued more "traditional" strategies aimed at preserving the bulk of the favor of their electoral bases, others have aimed at opening a channel of dialogue with Saudi Arabia; These groups were joined by Kurdish formations, never so weak after the (incautious) decision to attempt the independentist referendum promoted by President Barzani, and which reconfirmed the duopoly represented by the Democratic Party and the Patriotic Union of Kurdistan. 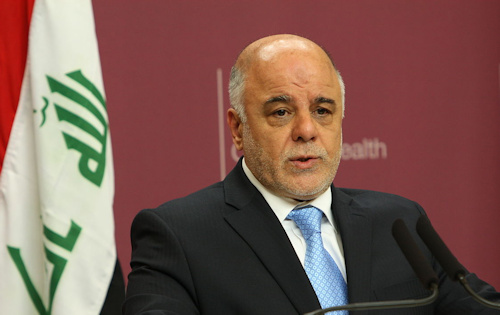 The figure of the outgoing premier, Abadi (photo), was therefore very controversial: careful to maintain a role of balance between Americans and Iranians aimed at the common enemy Baghdadi, and noticed in presenting itself as a credible interlocutor to the Saudis, at the same time he was the leader who, without Shiite support, was delivering the country to Daesh, trapped by internal vetoes and economic ties that see the Iraqi economy pathologically dependent on oil exports. From an electoral perspective, this economic approach is still a dangerous anomaly that can only be remedied thanks to a reformist action, and policies capable of mitigating sectarianism and inter-ethnic clashes, capable of making Iraq a constructive country, less exposed to external actions and less vulnerable to jihadist action. However the electoral outcome, which saw the cleric Moqtada al Sadr proposes himself as a valid and influential political interlocutor, reproposes the problem of the pressing Iranian presence, also in light of the theological upheavals of the Najaf Quietist School, which is headed by Ayatollah Ali Sistani, closer to that of Qom who, with the his velayat al faqih, the government of the jurisconsult, demands an effective clerical pervasiveness in daily political life.

What political scenario could therefore emerge remains the most important question; that it will be dynamic there is no doubt that the most "interventionist" wing of Tehran wants to forcefully oppose the Shiite parties more iraqeni it is conceivable, given the support offered to them by Saudi Arabia. In summary, the Iraqi elections have shown elements of affinity with the consultations that have seen interested in various countries in the area, and have respected the trend of the so-called "protest votes": the outsider (or presumed such) have always reserved surprises.

Al Sadr (photo below), leader of Sa'Iroun, has therefore reached the summit, followed by the Fatah coalition led by Hadi al Hamiri; only the third on the podium was the outgoing premier Abadi, the US champion. In fact, post-electoral analyzes have not been adequately emphasized, where there have been, this common defect to many political subjects of all latitudes; but that the performance of Moqtada al Sadr was a surprise seems obvious. 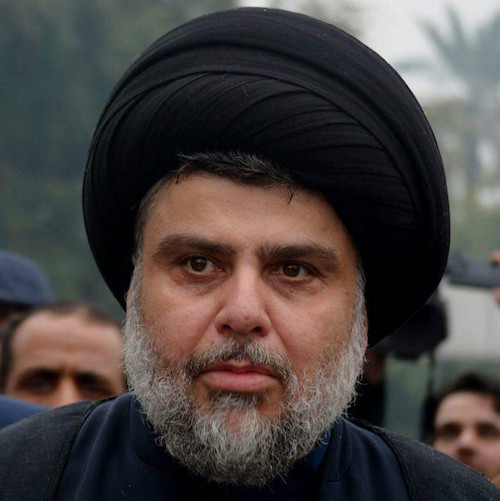 Iran has focused on Amiri, the defender of Persian interests, on the man who led his militias against the Islamic State; Sadr, on the other hand, had the political acumen of presenting himself with a non-sectarian coalition, strong in its intention to fight corruption and with a program that provides for the revival of services to citizens. With a terminology dear to many, we could say that, while dressing religious clothes, he has been able to speak in the belly of his people, and who had the courage (political) to ally with a formation ideologically distant from the Khomeinist feeling, the Communist party, this aspect that has made him even more fearful and unpopular to the Iranian theocracy. The reprimand of Ali Akbar Velayati, councilor of the Supreme Guide of the Islamic Republic, Ayatollah Ali Khamenei, for which there will never be any permission for liberals and communists to govern Iraq. But net of the obvious opposition of the Ayatollah there is no doubt that in these consultations has prevailed an anti-system sentiment, confirmed by a remarkable abstention, and well interpreted by both the Shiite and Sunni formations that, despite having failed to make themselves socially secular in the more political sense of the term, they tried to start to distance themselves from exclusively ethnic-confessional conceptions.

Sadr has offered the Iraqi people its own nationalist narrative and, as already seen, far from confessional meanings, with an idea of ​​government based on technocracy and which prefers the concept of citizenship to that of mushasa, that is the principle based on the division of power on religious quotas. Amiri, the silver medal, is instead the champion of the political expression of the Iranian Shiite militias, a potential State in the state according to the Hezbollah paradigm in Lebanon. Sadr, considered by many to be an ambiguous, transformative and unpredictable populist, beats Amiri, the man of the theocratic apparatus, on the woolen thread. But will it be enough to govern? Not in Iraq.

Sadr will certainly have a considerable specific weight in choosing the premier, but will have to take into account the Iranian blockade of the "militia party"; the only way to remain successful will be to enhance a possible (and very risky) alliance with Kurds and Saudi wire, unacceptable for Tehran. However, the best enterprise accomplished by Sadr remains that embodied in the realization of the unexpected convergence of interests between the US and Iran; if he were to control the new executive, Sadr would remain a victorious enemy for Washington and an uncontrollable pawn for Tehran. Really too much for the Ayatollahs, involved by the American exit from the JCPOA, by the increasingly close confrontation with Israel, and by the "indirect" conflict against the Saudis in Yemen. God's complacency for Iran, despite everything, passes from the old enemy.

Turkey is increasingly determined to impose its role as a bridge state between Europe and the Middle East. In the region is ...
1561
Read

Given the panorama we will examine, as Mickey Mouse in Fantasy we will be accompanied by a soundtrack for help ...
819
Read

According to the rules of the house of geopolitical realism we start from the facts, from the geographical areas, to arrive at ...
1697
Read

After the rapid victories of the Tripoline forces against Haftar's troops in Tripolitania the attention of opinion ...
4096
Read

We followed, like many others, the latest US events and their vast echo in the world, and we preferred ...
1931
Read

Covid is not just a health emergency; the thin red line that unites the events is still emerging and ...
1000
Read

The recent unrest in Hong Kong (as we write about 300 arrested protesters including several minors) are the ...
1970
Read

Stereotypes brand people and things, even nations. Brazil leads to Carnival, to football, to a set of ...
2404
Read

The great emphasis that the Turkish media gave to the release of Silvia (Aisha) Romano and the small train ...
1631
Read