Iran: crisis of the revolution? 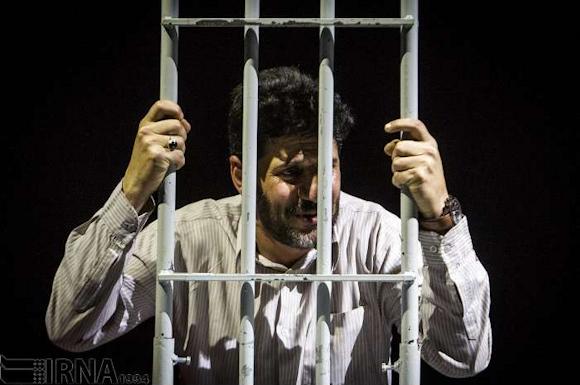 The chronicle of events in Iran over the last few days is, in fact, very sparse, given the rigid censorship of a regime that drastically limits freedom of expression, especially when it feels in check; what was transmitted by the Western general media has therefore proposed fragmentary news and often accompanied by insubstantial insights and spoiled by approximation and ideologically oriented interpretations.

To want to proceed to a more careful and realistically objective examination, the disputes are characterized by some aspects that lead instead to broaden the possible analysis up to reach politically significant results and certainly distant from the feuilleton journalists symbolized by the image of a girl without a niqab. First of all, the geographical point at the beginning of the protests has its own reason for being not negligible, since it involves the holy city of Mashhad, a traditional ultraconservative stronghold and home to Ibrahim Raisi, a conservative challenger of President Rouhani; secondly, the principal motivation of the agitations is inspired by the particular (and persistent) contingent moment that the Iranian socio - economy is going through; third aspect: the unprecedented violence with which the principal symbols of the theocratic power have been attacked as associated with extensive phenomena of corruption; fourth point: the protests were in fact characterized by political acefalia, ie they were apparently devoid of an ideological leadership able to lead back to a unitary thought. In short, those who thought they could romantically relive the idealistic afflats of the Green Wave of the 2009 were forced to a sudden return to the rougher reality of the management of power: to think that they could understand Iran by framing the political competition according to the logic of one clash that sees simplistically opposed ultraconservative principals "right"And pragmatist conservatives"of center", Pure moderates"of center left"And moderate reformists"left", Given the all-oriental fluidity of party agreements, it can be misleading. Moreover, on closer inspection, the revolution of the 1979, cleverly exploited, has allowed access to power to the Shiite clergy, but it was with the presidency of a former Basiji, the layman Mahmoud Ahmadinejad, however, not a stranger to the 2009 or those of 2017, which has reached the pinnacle of fundamentalist power Pasdaran.

If in the 1999 and in the 2009 a middle class and educated asked, in the progressive Teheran, greater civil rights, now the poorer social classes of the mostazafin protest for unemployment and the unsustainable price increase. If it is true that the basis of the dispute lies in socio-economic and non-socio-cultural causes, apparently we can not understand why the discontent has exploded only now, and in rural and less developed areas that, geographically, form the backbone of the regime.

Is it possible to assume an interference from the outside? Both the historical Iranian heritage, which always brings to mind what happened at the time of the nationalist presidency of Mossadeq, in complete mercy of the Anglo-American destabilization, both the objectively realistic cut that we intend to give to the examination, can not but consider the possibility, but more plausibly core the question continues to be allocated within the Persian state apparatus, also because the mere imagining that a strongly nationalist and acculturated Iranian people can immolate themselves on the orders of third parties is hardly credible.

Aware of the warnings that the major Iranian economists since 2015 have launched about the risks of the increasingly probable deflagration of one social bomb fueled by inflation and administrative incompetence that led to an unprecedented banking and debt crisis, President Rouhani attempted to remedy the malfunctioning of the Persian financial economic machine; we have already noted the fact that Iran is - officially - an Islamic Republic with a Shiite theocracy in government, yet never, paradoxically, is the secular and militaristic connotation of a state that is increasingly taking on the appearance of a colossus with feet of clay. The internal political debate is intense, harsh, animated by a young generation, formed at the universities, in fact not always so close to clerical feeling and, above all, not always conciliatory with the pervasive presence of the Pasdaran.

Born as Revolutionary Guards, the Pasdaran are framed in a context that operates in antagonism with Artesh, the regular Armed Forces; the strong religious ideological characterization, and the suicidal courage shown in particular during the war against the Iraqi invader - in line with the purer Shiite theology - have placed the institution of Pasdaran in a position of pre-eminence that, especially under the presidency of Ahmadinejad, has enabled all the vital groups of a highly centralized administration to be occupied. The powerful financial interests of the Pasdaran, which then became a fighting organization with an industrial capacity and autonomous and almost unlimited spending, can not be underestimated by the clergy, which however is bitterly criticized for the control it exerts on the Bonyad, religious foundations that, completely exempt from taxes, affect 20% of GDP. The popular vote that led the moderate Rouhani to the presidency of the Islamic Republic must therefore be understood as the key to a political will of renewal that, however, undermines national cohesion because it fatally leads to collide theanimus of the young people of the city - dedicated to the study and deepening of the themes of the free market - with the desperation of young people in the suburbs and in the countryside that status quo generated by Bonyad and from the regime's welfare system they benefit more. Interpreted by this intent, Rouhani first attempted to increase the powers and powers of control of the Central Bank and subsequently, precisely during the month of December, made public the part of the state budget that has always been covered by the closest confidential, that relating to expenses incurred by Pasdaran to finance their war effort in the Greater Middle East, that of Hezbollah, and the funding provided to support the Koranic schools and religious institutes.

The difficulties arising in the attempt to improve the economic situation, also affected by the changed policy of the new US administration no longer inclined neither to allow nuclear development nor to eliminate sanctions, have fatally undermined Rouhani's credibility. Nothing more obvious than to take note of a violent friction between the conservative wing and the current presidency that, however, thanks to the attempt of dialogue established with the demonstrators, has managed to put itself again in the center of the political scene to undertake a confrontation which promises to be very harsh. In Iran, net of journalistic considerations, the probability that the fire triggered to undermine the current moderate leadership has escaped control is more than founded and therefore, both Rouhani and Khamenei, have had to take note of popular dissatisfaction that it turns openly against the very setting of the theocratic regime.

How important is the geopolitical aspect in this context? Remarkable. As a regionally hegemonic political subject, Iran can not afford any kind of weakness, considering that political autonomy in the foreign field remains bound to internal security and is expressed in a defensive and dissuasive posture intended to discourage interference. Over the last fifteen years Iran, thanks to a military doctrine based on an asymmetric strategy, has strengthened its role in the area, coming to exert its influence on Damascus, Baghdad, Beirut and Sana'a; thanks to Quds Division of the Pasdaran Iran managed to create one Shiite corridor which allows the Islamic Republic to have a projection capacity that points to the Mediterranean. Now, theoretically, it is time for Iran to gather what has been sown in the Iraqi and Syrian conflicts, taking maximum profits from its own ascendancy in Yemen thanks to the Houthi, beginning to evaluate a more traditional strategic change capable of focusing on the projection out of bounds by increasing the effective regional presence and transforming the recalled Shiite corridor in a system of consolidated alliances.

The US review of the Nixon doctrine, which is based on a disengagement from the crisis areas with a simultaneous strengthening of the state entities capable of directly containing threats, therefore attributes new and significant importance to Saudis and Israelis and, at the same time, also recalls the EU to take a political and not merely a commercial and financial position.

Iranian economic potential, placed at the service of the regime and the military apparatus Pasdaran, is no longer able to meet the needs of the population, socially now divided into two faults and strongly proven by the economic crisis; the discontent, awkwardly ridden during the last upheavals, turning against those who had triggered it, highlighted the aspiration to stand outside the state system by the younger generations on which to base the future of the Persian nation. So much politically poised at home, i Ayatollah on the other hand, they volitively propose themselves outside the national borders, pursuing a hegemonic regional power policy that, however, impoverishes the masses.

As in all revolutions, even in Iran, the driving force seems to be over to give way to a strenuous defense of economic and caste interests that does not allow for objective choices to be made; in spite of the potential risks that Iran evokes, the fact that further threats, even if motivated, can further radicalize the situation by evoking other Ahmadinejads can not be ignored. The future, at the moment, appears very nebulous precisely because of the fact that the expressed discontent does not find representation in any of the current political camps and that it is unclear whether and how the ultra-conservatives could pay the price of the situation that they themselves contributed to create.

Stealing the joke from a well-known film, the Persian king who believed himself to be a god, in the face of the Spartan resistance, begins to feel a very human shiver going up the back.

Between the second half of July and the beginning of August over thirty people died (including two soldiers ...
94
Read