Home geopolitics Analysis Venezuela is moving towards a new phase ...

Venezuela is heading towards a new historical phase 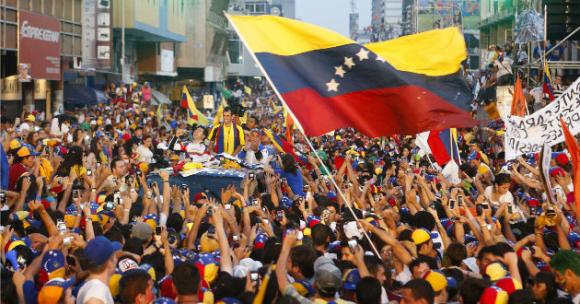 On December 6, more than 19 million Venezuelan voters voted for the renewal of the National Assembly, a single assembly, after the abolition of bicameralism, consisting of 167 seats, of which 113 elected in 87 electoral districts, with the dry single-member system, where the majority gets the seat. The remaining 51 deputies are elected a half closed party lists, with a proportional system. The remaining 3 places are reserved to the indigenous minority.

The elections were characterized by great triumph opposition. The seats, in fact, won by the latter's coalition are around 113 voted, essentially, by those disappointed by Chavismo he finds himself currently living the very heavy economic crisis, accompanied by 200% inflation, corruption, everywhere, endless queues to buy food and the almost "non-existence" of medicines, including first aid. In addition, a sudden drop in the international price oil, the country's main export source, has decreased the availability of valuable currency necessary for the stable development of the country, and limited government efforts in responding effectively to the economic warfare waged by the "local oligarchy".

From today, however, the Latin American state is closer to the definitive closure of a difficult one historical period, lasted 17 years and can start thinking about the future with hope ed optimism. Winning 113 seats in the National Assembly means, in fact, being able control the legislative branch, and therefore the government. For the first time in 17 years the PSUV (United Socialist Party of Venezuela) does not have control of Congress. 74,3% of the voters supported the change; the opposition, therefore, will represent in the near future a serious challenge to the government with the hope, moreover, that i Jailed opposition leaders can also be released by half amnesty. However, this victory can easily fit into a new set-up geopolitical of the Latin American continent, if it is associated with the victory in Argentina of center-right president, Mauricio Macri.

Mr Maduro, leader of the PSUV, from his singing, publicly admitting defeat, declared that his party will defend the interests of Venezuelans and would like to complete the "Bolivarian revolution" started by Hugo Chavez.

As was widely expected, during the Summit of NATO Heads of State and Government in Madrid, Finland and Sweden ...
3123
Read