Home geopolitics Analysis The "rattle of sabers" in the Donbass

The "rattle of sabers" in the Donbass 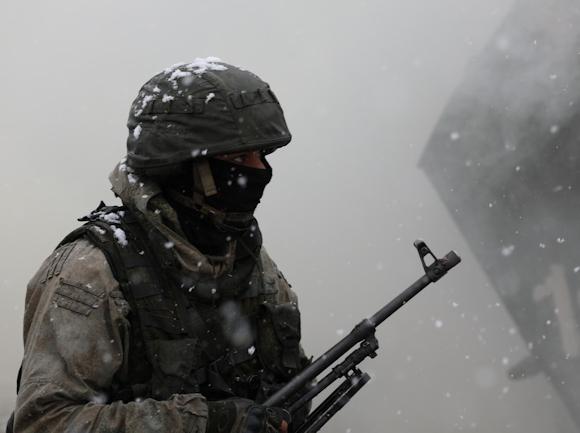 The tension between Ukraine and the Russian Federation has increased significantly in recent weeks, risking to reignite the ongoing conflict between the two states since the 2015 Minsk agreements. In fact, in line with its strategic needs, Russia did not delay. to respond strongly to the arrival on Ukrainian territory of US military material and to the explicit declaration, made public on March 24, by the government of Kiev that it has as its objective the "Reintegration of the temporarily occupied territory of the Autonomous Republic of Crimea and the city of Sevastopol". This is accompanied by a renewed industriousness on the part of Ukrainian President Volodymyr Zelensky in trying to make the Ukrainian question central again on the international agenda, both with diplomatic and media activity.

In the first direct communication between US President Biden and his Ukrainian counterpart on April 2, Zelensky cashed in a statement of "United States firm support for Ukraine's sovereignty and territorial integrity in the face of continued Russian aggression in Donbass and Crimea" and the reassurance that "Ukraine will never be left alone against Russian aggression".

On 6 April, during an official phone call with NATO Secretary General Jens Stoltenberg, Zelensky reiterated the goal of joining the alliance as, in his words, "(...) NATO is the only way to end the war in the Donbass" and also called for a permanent NATO presence in the Black Sea as "Powerful deterrent to Russia". 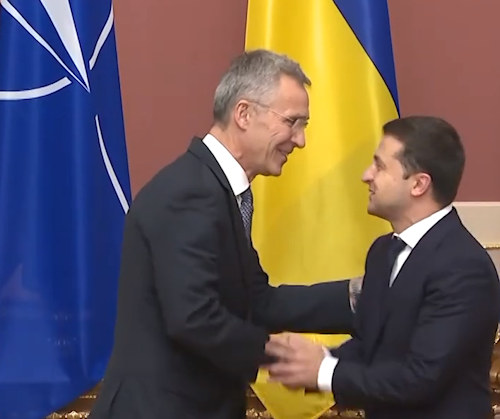 On April 8, the president personally went to the front in Donbass, for "Support the fighting spirit" and publicly demonstrate their anti-Russian commitment to the military. In fact, an increase in conflict activity has been underway along the line of contact since the beginning of the year, which so far has seen the fall of about thirty fighters on each side.

Moscow's response has resulted in a convergence of troops and military materials towards the Crimea and the border with Ukraine, the overall extent of which is not yet clear, but which sources agree in defining the greatest accumulation of troops in the sector since the 2014 conflict. Only after videos appeared in the media showing convoys of military equipment crossing the railway side of the Crimean bridge Vadim Astafyev, head of the press service of the Southern Military District, issued a statement stating that the transfer was part of an exercise.

The presence of the 76th airborne division, normally stationed in Pskov, which had already operated on the Ukrainian front in 2014, and the 74th armored brigade, stationed in Yurga, is confirmed, but it seems that further units have been mobilized. In particular, the newspaper "Kommersant" observed how the producers of agricultural equipment, which in this period make extensive use of rail transport to deliver the machines in time for the start of the season, are in difficulty because part of the railway infrastructure would be occupied for military use; if confirmed, the news would suggest an even larger deployment of forces by the Kremlin than assumed.

Such a show of force serves several purposes:

- Report not only in Kiev, but also to its allies and sponsors, (yes, you can learn it) the United States under the new administration, how seriously the Russian Federation takes its interests in the area; 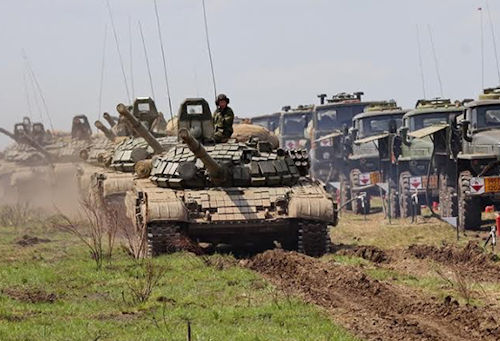 - puts pressure on the Ukrainian administration, which can accuse the Russians of provocations, but on a practical level is in a very delicate position, in which the proximity to NATO is more declaratory than anything else, unlike the Russian divisions, which are tangibly close;

- It allows Putin's administration to have on what to catalyze internal public attention, with a not new all-Russian nationalist rhetoric, in view of the legislative elections to be held this year in September.

While the EU states, mainly France and Germany, are calling on the parties to reduce the level of tension, the US, according to unofficial Turkish sources, has sent two naval units to the Black Sea. and not to leave Kiev completely alone, but not enough to be used in the event of an open conflict, and show in a sense what the position of the United States on the issue could be. In fact, although in the diplomatic proclamations the Americans express full support for the Ukrainian government, it is evident that the geopolitical interests at stake are on different levels. While for the USA it is a secondary containment front of the Russian Federation, at most an attempt to reduce it to the rank of regional power, and undoubtedly useful for projecting its internal malaise towards a classic enemy, for Moscow those it considers are at stake. their vital interests.

It seems unlikely that the Americans would want to get bogged down militarily in such an unfavorable context, and precisely for this reason their position, and in concert that of Kiev, is negotiatingly weak. The asymmetry between a progressive threat of economic sanctions or the expression of concern that has so far characterized the American approach, against the preparation for open violence that Russia instead demonstrates, is evident. 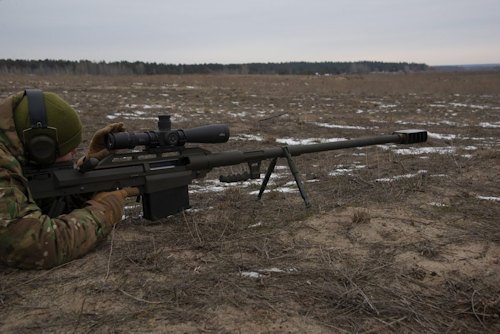 Considering that a new agreement has not been found for the renewal of the "ceasefire" which expired on April XNUMX, and that Russia has openly declared that it considers it a duty to intervene if, in its opinion, the lives of more than half a million Russian citizens in the Donbass should be in danger, and his troops are deployed and ready, it would seem only a matter of waiting for the ground to dry from the mud of the thaw (and therefore allow us to easily use heavy military vehicles) to see a new acute phase of the conflict.

However, it should be borne in mind that all parties are aware of the costs that a resumption of hostilities would entail; in the first place economic and human, and therefore a cascade of tension not only with the respective public opinions, but between two powers with nuclear capability. And in fact the Russian Federation formally continues to press on a slavish adherence to the Minsk agreements, which instead are increasingly limiting for Ukraine.

The government of Kiev has some room for maneuver: Erdogan's Turkey, which controls access to the Black Sea basin with the Montreux agreement, is trying to improve relations with the American power, which have recently been quite tense, and yet not being an ally in the proper sense, it is an important interlocutor; the search for energy independence has found an edge in the recent agreement with Qatar, with which an agreement has been signed to invest in extraction and refining within Ukraine, which would remove one of Moscow's traditional levers of pressure; the approach to the West, although still far away in terms of joining the Atlantic Alliance (and even more so with the EU), allows at least to receive considerable economic support; finally Kiev controls the sources of drinking water towards the Crimea, and their closure begins to create a lot of inconvenience to the inhabitants of the peninsula.

However, it is to be excluded that the Ukrainian government will achieve its stated goal of re-annexing Crimea even if there is a large-scale conflict. On the contrary, the Russian Federation will not hesitate to seize the opportunity, should Kiev make the mistake of feeling protected by the United States and take the longest step of the leg to try to force Ukraine to accept at least it. status quo current.

The US in turn will have to carefully consider how to move in the context, considering on the one hand the loss of credibility that a too mild response would entail, on the other hand how effectively they can afford to switch to open hostility with the Russians, who have unequivocally reported how much importance they attach to the Donbass dossier.

Latin America is seething. This is a dramatic fact that is there for all to see. From Mexico to...
1625
Read

The news is blood curdling for its long-term implications, however you can bet…
2866
Read