Home geopolitics Analyses The rearmament of the rising sun 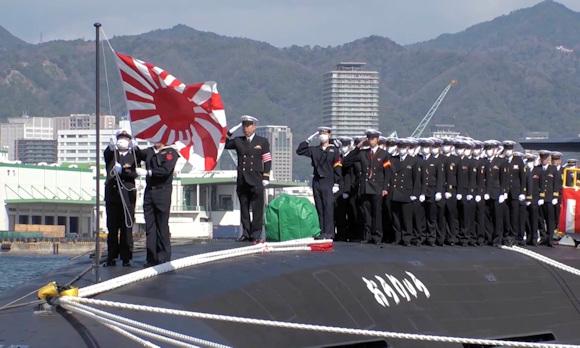 The defense budget for fiscal 2020, after this further measure by parliament (dominated by Prime Minister Shinzo Abe's Liberal Democratic Party), will rise by 1,1% to reach 5,31 trillion yen (47,6 billions of dollars)2.

What else would be the norm, even more so if surrounded by bulky neighbors such as China and North Korea, is much less so for the Rising Sun, whose Constitution, written four-handed with the United States, expressly prohibits the use of the force for the resolution of disputes, relegating to the military instrument only a purely defensive use (the armed forces are called Self-defense forces, SDF).

Nonetheless, Japan remains, in proportion, among the states that most spend in the world for defense: in less than a decade, the appropriations have increased by almost 15% (but never exceeding 1% of GDP).

In a recent interview with the Financial Times, the defense minister, Taro Kono, linked the arms race to "global anxiety" resulting from Chinese politics.

A fear that justifies the allocation of ever new resources in advanced air defense capabilities and the acquisition of naval and land weapons and equipment. 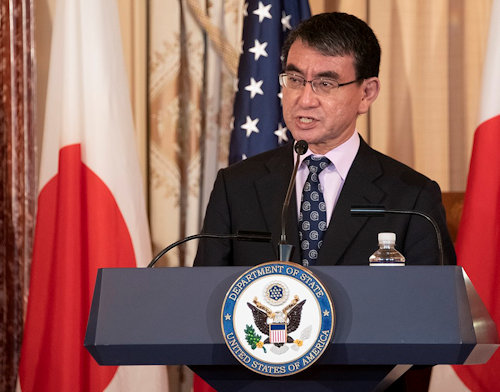 "We are putting in place a highly effective defense capability, both in terms of strengthening our ability to manage the national security environment and efficient expenditure management3", he always told FT Yoshihide Suga, head of cabinet of the Tokyo Ministry of Defense, some time ago.

With this latest budget measure, Japan in 2020 will purchase nine F-35 fighters from the United States at a cost of 107,4 billion yen (the first six in the STOL version), capable of operating from small aircraft carriers and short landing strips .

An unknown number of aircraft will be supplied for maritime patrol and refueling in flight to be linked to the strengthening of deterrence capacity on the Senkaku islands4, long disputed with Beijing.

The 2020 budget also allocates 28 billion yen for the first time for a new national hunting program that is expected to replace the F2 that is nearing the end of its career (by 2035).

The Trump administration is pushing for the choice as partner of an American company instead of BAE Systems, with which there would be existing contacts; however, the option to develop and produce the new aircraft at home is open.

The Japanese rearmament policy is the daughter of the "Abe doctrine", which provides for the strengthening of military capabilities on multiple operational domains5 (cross domain capability), also in response to the growing requests of the American ally, essentially motivated by practical reasons, such as the possibility of cooperating "on an equal footing" with a credible and efficient ally in the Pacific and in the Chinese sea; and, commercially, the opening for the immense American production capacity of a new market.

Always to him it is necessary to attribute the increase, in all these years, of military and military expenses reinterpretation, in 2016, by the Diet (the legislative body of Japan, ed), of article IX of the Constitution which sanctions the country's right to exercise the right of collective defense. 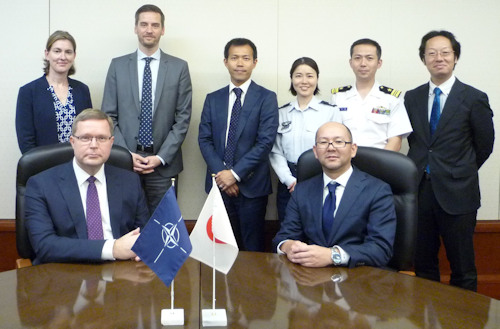 In the area of ​​cross domains operations, there are three defense priorities.

First, theouter space, the deep space, to which Tokyo has allocated for 2020, about 50,6 billion yen, to be spent to build a full operational capacity in the field of satellite communications, the collection and evaluation of information (satellite images) and self-defense missile (an additional budget of 52,3 billion yen has been dedicated to the latter). In this context, Japan is the first nation to cooperate militarily with the US in the space sector.

Then there is the sector of cyber security, to which 25,6 billion yen have been allocated. In addition to the establishment of a new "cyber protection unit" within the Earth's self-defense force (GSDF), an impetus will be given, through close cooperation with the US Cyber ​​Command, to the use of artificial intelligence in defense cyber, the security of networked devices and the consolidation of individual professional skills.

Finally, defense capabilities will be strengthened in the "electromagnetic domain" with 15 billion yen earmarked for the development of an "Electronic Warfare Aircraft Stand-off" and an additional 3,8 billion to conduct research on an "Anti-air Electronic Warfare Device" with the task of neutralizing the radars of enemy planes with radio waves emitted from the ground.

Three F-35A fighter aircraft will also be acquired for 28,1 billion yen (another 37,4 billion will be used for their maintenance); six F-35B fighters for 79,3 billion yen (23,5 billion for maintenance); and a "Network Electronic Warfare System" to analyze signals and block communication (10 billion).

The SDF plans to strengthen in the field of Intelligence, Surveillance and Reconnaissance (ISR) and in that of "global air defense and missile capability".

Photo: JMSDF / US Department of State / Japan Ministry of Defense / US Air Force