Home geopolitics Analysis The "civil" price of the Ukrainian war 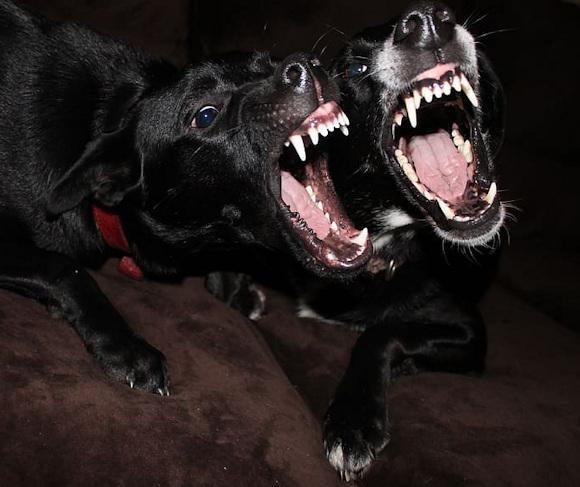 The explosion of the issue of the violation of human rights, which is inherent in every war, took place specifically in this conflict in correspondence with the withdrawal, on March 31, of Russian troops from the attempted siege of Kiev. This was followed by the return of the Ukrainian ones and their entry into the town of Bucha.

On April 3, images of the massacres of Ukrainian civilians committed there arrive. In this city alone, nearly 400 civilians have been killed, and hundreds more are emerging in the surrounding municipalities. Immediately these deaths, and all those who are joining them, discovered as the removal of the Russians is completed, have become the property of the war, or property of the propaganda of both sides. Which is not to say that the facts did not happen. But if the facts are facts, they do not become ipso facto judicial truth, and it is desirable that in the future, because it is impossible during the ongoing war, an independent judicial work identifies the precise and personal responsibilities.

The current investigations, conducted on the basis of independent sources (because there are criteria of reliability, independence, reliability etc ...!) Attribute the crimes committed to the military elements of the invader.

Obviously, the investigations are not processes, especially in terms of the ability to exhaust all information, so if they indicate responsible persons, they do not indicate, for example, their motives (Orders? Troops out of control? ...) nor can they ascertain how many of the citizens who have disappeared to date are dead and how many are alive, but fled, and much more.

One thing must be emphasized here. Whatever imperfection belongs, and indeed there are, to the democratic West, it has managed to create a model of power compatible with judicial truth, even when it goes in a direction opposite to political power and will. The intention and the system are at least structured in this direction, as fragile as you want, but this is nonetheless.

However, if it is true that the law must have its part in the truth, the truth does not belong only to the law, but also to the propaganda that steal it, as soon as it arises. Because facts, it was said, are facts and as such they have a weight, which must be analyzed geopolitically here.

In geopolitics, the dead are as much weapons as the living. The more tragic, violent and criminal this non-civilian death is, the more the opposing propagandas arm themselves and the more they are the weapons, the civilian dead.

Starting from the front to which those dead belong, the Ukrainian one, what becomes Bucha and all the other places where they were found? From geographic map they become blood map, pain map. As such, the dead of Bucha transfigure into myth, identity, memory, future monuments and roads, but now and even more they become, rancor, hatred, war, that is, the dead serve to field the living. In this sense, the dead must be "kept alive". They serve to dig a ditch between the internal front, to be compacted, and the invading enemy, who loses, for objective sins and propaganda, the qualification of who (who is the invader) to assume that of what is the invader (a criminal, a monster). On the outside, on the other hand, it serves to put pressure, to push the world to which one belongs, or would like to belong, to help the reservoir as much as possible, as well as to prevent the creation of gaps of understanding that perhaps bypass the attacked, victim. absolute and therefore essential.

For those accused of being responsible for the dead, the battle is in a certain sense easier, because it is enough to insinuate the doubt, continually reiterating the "not true". “It's all a trick, a fake”, “it's propaganda”, “it didn't happen” or “it happened, but it wasn't us” etc… are typical formulas. No matter how reliable the evidence presented is, the "it is not so" does not have to prove the groundlessness of the evidence, but to make the listener doubt it. It is not addressed to the fact, but to those who observe it. Doubt as a weapon is opposed to the dead as a weapon, unfortunately very often, doubt as a weapon is also opposed to the real dead.

As long as we remain in the field of propaganda, therefore within opposing geopolitical projects, the dead can neither rest nor "express" their truth immediately. Even dead they must fight for it, precisely because they are dead. In a certain sense, with propaganda, especially the denier one, they continue to die, continue to be killed and therefore never die definitively.

This type of casualty does not determine the fate of the war, but its quality, its mythology. These dead "speak", but do not "decide".

There is a story that concerns our dead, the Italians of the sinkholes, murdered by the Titoites because they are Italians. On them, on their bodies already reaped, already desecrated, black dogs were thrown, in homage to the Istrian-Balkan folklore according to which those dogs, of that color, barking, would have prevented the peace of those human beings even in the afterlife. The propaganda that today denies those dead in Ukraine is like a black dog, barking at them, tormenting them, hiding them in a digital, dark, lying hole. Of course, it was said, even the propaganda that affirms them uses them, but at least it respects their basic fact, the violent death that took place.

Ungaretti in 1945 composed a lyric, entitled Don't yell anymore, included in the collection Pain, to remember the bombing of the Verano cemetery in Rome on 19 July 1943.

If you still want to hear them,

If you hope not to perish.

They have the inaudible whisper,

They no longer make noise

Of the growing of the grass,

Happy where man does not pass.

In it, those moans of black dogs seem to echo.

A little bit of law

It must be pointed out that judicial truth itself is destined to become the object of opposing factions and propaganda. Its legitimacy, methodology, impartiality, sentence etc ... can be questioned.

As for the case in question, namely the crimes against civilians in Ukraine, they are the subject of two international bodies. The International Court of Justice, which is a body of the United Nations Organization (UN) and which can limit itself only to judging conflicts between states, not personal crimes. In the present case, it has asked Russia to end the invasion, but it has refused to attend the hearing. As for the second body, it is the International Criminal Court in The Hague, which is actually already active on the Ukrainian case. It is not a UN body, but situations beyond its direct jurisdiction can be referred to it, if a state, even if it does not adhere to it, requests its intervention and is ready to cooperate, as Ukraine has shown want to do to the prosecutor of the court, Karim Khan, whose investigators are present on Ukrainian territory. Neither Russia nor Ukraine nor the United States adhere to this Court, but this does not prevent its current activation.

Such courts do not have and will not have absolute power, they will encounter obstacles of all kinds, but for now they represent the most independent and impartial thing in existence, and above all they delineate a precise moral boundary, because, if it is very often true that it is not the right to decide the power, it is also true that in democracies power does not have every right.

War crimes are war crimes, regardless of the merit of the reasons for a conflict.

As was widely expected, during the Summit of NATO Heads of State and Government in Madrid, Finland and Sweden ...
3115
Read

The international situation is evolving rapidly and there is no country that does not have to adapt. In an area of ​​course ...
8243
Read