Home geopolitics Analyses The Portkey of the Ayatollahs

The Portkey of the Ayatollahs 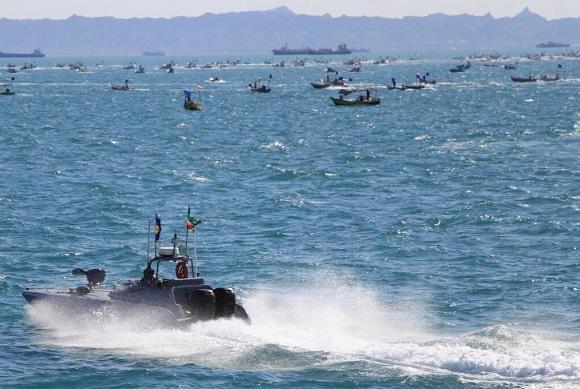 The dimensions within which geopolitics operates are different; the time is an understanding of global power based on a when which facilitates the rising powers, punishes those in decline, which flows according to a single orientation emphasized by Christopher Nolan in his latest film, Tenet, in which a kind of temporal geopolitics, it acts as a force and according to a very precise direction, according to a defined ratio; in times of pandemic we have been able to observe how every factor, from the exponential growth of infections to that of the number of victims, has been evaluated in terms of time: never as in recent months has it been obsessively repeated "move in time".

The other dimension is that of physical extension, an interpretative key not limited to the banal association space - geography, ma portkey to Harry Potter, which allows access to different conceptualities, all having geopolitical and geoeconomic reflections.

The ways of communication therefore show themselves for what they have always been, that is, lines of objectification of the relationship between time, space and power, in a union where the will of human initiative has prevailed over geographical contingencies: road and sea connections, with the localization of the ganglia of power, have become inseparable requirements, whether they present themselves as pre-existing elements, or whether power itself determines the need to implant new ones, characterized by spatial specificities, human geography, management and planning entrusted to politics.

It is here, in this context, that one of the most interesting conceptualities manifests itself, that of corridor policy, an meaning which, often redefining state sovereignty, originates from various spheres; a policy aimed at defining a broader dimension concerning the management of the territories referred to both the strategic aspect of supply chain logistics, both the efficiency of the infrastructures and the governance local. In this sense, in their essence of special connecting paths, i corridors they must be understood bi-dimensionally: both as an infrastructural connective tissue inside a network, and which ones facilities administrative offices capable of facilitating communications and travel. A kind of management capitalist anticipatory of the future temporal dimension in a neoliberal version. 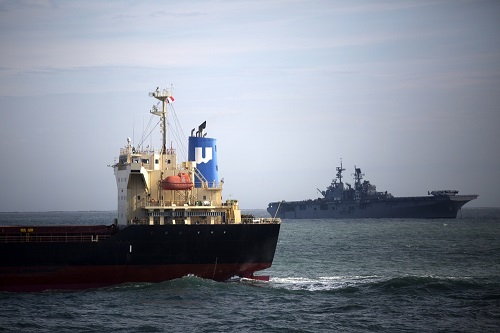 Corridors can therefore be as many, as many as the underlying problems: for example, infrastructure projects, strategic connections in terms of exchange methods, communication, speeding up interactions with an increase in jobs and a growth in GDP .

It is evident that connectivity transforms the how the space is lived; the story of the BRI tells us (Belt and Road Initiative, the "New Silk Road", ed)), which aims to strengthen the Liaison between Europe and China, thanks also to Maritime Silk Road, to which the doubling of the Suez Canal is connected, with the conferral of a new centrality to the Mediterranean animated by a turbulent energy market.

From Asia to Africa, with the new ones corridors, Beijing continues to focus on the fluidity of a neo-imperialist global project, and without having to engage, for the moment, in a direct confrontation with the US Navy. It is precisely here that H. Mackinder's studies come back to date, who about a century ago foresaw the strategic importance of transport, to which the logistical aspects must be added, aimed at conquering the primacy on the world system, thanks also to the complex geographical redefinition of maritime routes, populated not only by oil tankers, but also by container ships, in a perspective that has seen the transition from the concept of route to that of a logistic chain; all this without forgetting the next opening of the arctic route of the mythical north west passage with strong and pre-existing Russian interests.

The term aisle, considering the presence of passages in the Mediterranean, in Europe, in Asia from east to west, it can therefore be traced back to certain essential elements: linear development, flows, marked territorial and political differences in relation to the spaces it crosses.

Only positive elements? No. The subject has always been so sensitive that, already in the post-war period, K. Haushofer argued, with obvious Pan-Germanist motivations, the harmfulness of the Gdansk corridor, of which he could not identify that "Mainly destructive purposes" of the German political system that suffered the division of its sovereign territory, foreshadowing the subsequent dynamics of the war order.

The Middle East was also no stranger to corridor politics; special case is the Persian one. Thanks to'Countenance operation, Soviets in the north and British in the south, seized Iran from 41 to 45, a neutral country but manifestly pro-German and therefore a potential obstacle to the transit of US war materials. Lend-Lease program1; a duopoly broken in 42 by the arrival of the USA. 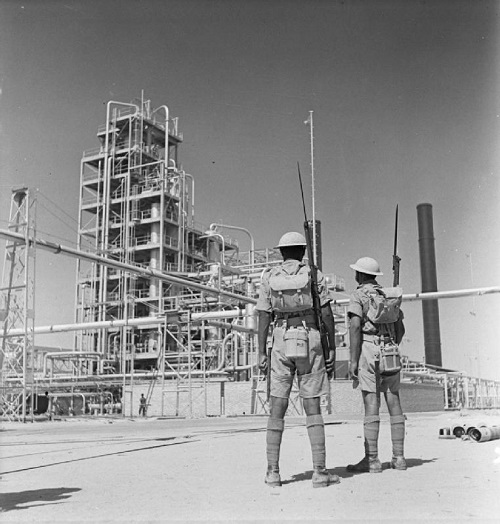 Mohammad Reza Pahlavi, son of the deposed Rezah2 then exiled to South Africa, he declared war on Germany which, however, with theOperation Silver Fox3, almost failed to sever the logistical artery that contributed, with its 7,9 million tons of Western materials4 arrived by ship in various ports in the Persian Gulf and then transported north by rail or road, to save the Soviet Union from collapse.

Il Persian corridor overall it worked very well; it is no coincidence that the allied conference of 43 was held in Tehran, heralding the return to Parliament of Mohammad Mossadeq, the future prime minister who will nationalize oil in 51.

The corridor also worked in the opposite direction, allowing the transit of about 250 thousand Polish prisoners, partly captured in 39 by the Soviets, and destined to fight in the Italian campaign up to Montecassino, under the command of General Anders, rather than on the eastern front alongside. of the Red Army.

Let's get to today. The Islamic Republic is present throughout the Middle East and in the Gulf, with a geopolitics that passes through a new crescent-shaped corridor, the Shiite crescent, characterized by the inversion of Middle Eastern equilibrium. With the American downsizing, destabilized Syria, Iraq under Shiite influence and with the apparent decline of ISIS, Russia and Turkey have come forward.

The theocratic strategy developed along two lines, the first animated by Hezbollah, and the other from al-Hashd ash Sha'abi, an Iraqi-branded Shiite force; Iranian influence then spread from western to eastern Syria, reaching as far as Baghdad.

According to Maurizio Molinari, Iran controls virtually the territory that goes from Tehran to Beirut passing through Baghdad and Damascus; the Shia highway, as the Israelis have stigmatized it, a deadly danger for the Sunnis, as King Abdallah of Jordan called it.

A corridor, the Land Route to the Mediterranean Sea, which guarantees a line that cuts the old Middle Eastern map in two, a wedge that penetrates the Sunni heart where Iraqi militiamen, Lebanese Hezbollah, Afghans in Syria, the fighters alongside Hamas in Gaza are deployed, to which they are added, as precious legacy of the martyr Soleimani, the Yemeni Houthis, the thorn in the Saudi side, who could guarantee control, even if indirect, of the Bab el-Mandeb strait.

Potentially the Iranians could thus have access to the Mediterranean coasts, thanks also to the interested support of the Russians who frame the Shiites as a useful means of driving American competitors away from Syria and the Middle East. 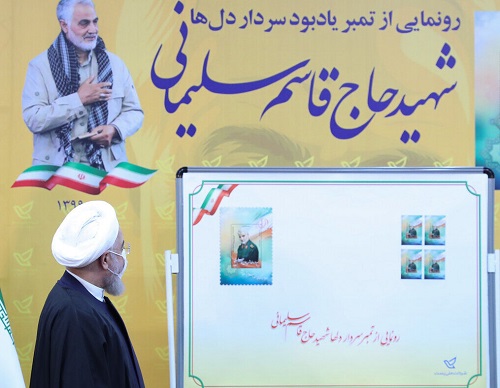 The obstacles are not lacking: Turkey, an imperial epigone, has ill-concealed desires for power projection in the Syrian border areas; Israel opposes Hezbollah in Lebanon; where there is still a valid alter ego of Soleimani, the coronavirus has made its geopolitical weight felt, which has amplified the effect of Western sanctions together with the fall in oil prices, which in recent months have reached a surprising negative value due to erroneous Russian political economic assessments; the Lebanese default has exploded, with a public debt of 170% of GDP and an unprecedented popular discontent for Hezbollah, not to mention the pungent pervasiveness of Heyl Ha'Avir5.

But the new Persian corridor can it be considered a realistic goal? How to overcome the Iranian encirclement syndrome?

At the moment, more than a door to the Mediterranean, the corridor appears as a collage of areas of influence characterized by a soft power functional to the conditioning of political decisions of neighboring countries, also because, objectively, the defensibility of transport over such a vast land area remains difficult, given the long supply routes.

From an operational point of view, the typical Iranian recourse to asymmetrical means and tactics, not easily feasible on the Mediterranean shores, must also be considered: therefore an aligned Syria and the export of the Hezbollah model to Iraq certainly remain more paying. On the other hand, if on the one hand the times of the Franco-English corridors of Dakar - Djibouti and Cairo - Cape Town must be considered by now, one cannot fail to evaluate the usefulness of territorial continuity and desert roads, which would easy to deploy troops or transfer equipment, thus allowing Tehran to avoid being subjected to the threat of an air and naval blockade.

The forthcoming Iranian strategy, therefore, will have to express itself about the nature of the Mediterranean geopolitical axis that it intends to stabilize, if it is based solely on the containment of Israel, an enemy potentially much more tough than those faced so far and which provides a strong ideological component, or even towards the other possible threats perhaps continuing to cultivate a strategy based on one moral suasion regional.

Geopolitically, it is extremely difficult for corridor politics to find its definitive fulfillment; dream prohibited power balance regulators bring back with the imagination to the Barcelonese Cemetery of Forgotten Books, not surprisingly an immense labyrinth made of shelves and above all of corridors, which allow only a few elected to arrive at the desired volumes.

1 The thesis, it must be said, is not unanimously shared; The Lend-Lease, Also known as reads rents and loans, was a political initiative by which the US supplied the United Kingdom, the USSR, France, China and other allied countries with large quantities of war material during GM II between 41 and 45. The program began in March 1941, ie nine months before the attack on Pearl Harbor, and ended with the Surrender of Japan on September 2, 1945.

2 Author of the trans-Iranian railway, a work that can be included in the modernizing effort of the then Shah

4 Plus a few thousand planes 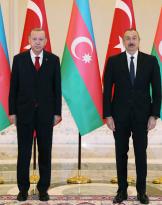 During the 90s, the then president-master of Azerbaijan, Heydar Aliyev, in describing the relations to ...
1142
Read 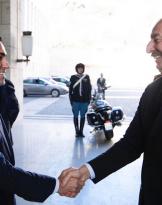 Italy arm in arm with Azerbaijan 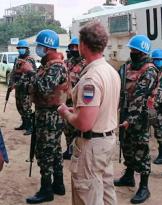 The tragic events that took place in the Democratic Republic of Congo are now well known: the murder of the ambassador ...
1927
Read 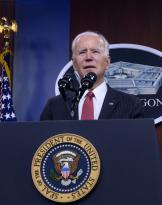 The appearance of each new Stars and Stripes Administration on the international stage leads us to ask ourselves how ...
520
Read 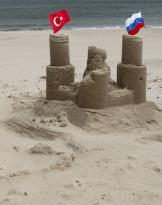 Geopolitically, the Mediterranean fits with some precision to the American expression VUCA, where Volatility, ...
1458
Read 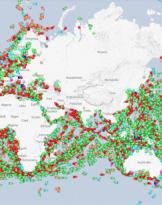 The protection of national interests on the sea

Among geopolitical analysts the question of foreign policy and the protection of national interests seems to be ...
1854
Read 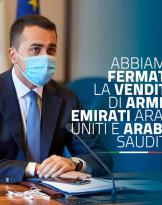 The Italian political scene in recent days stands out in several respects; first of all because of a seething crisis ...
1537
Read 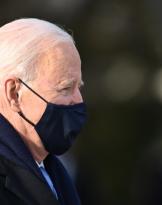 Triangolo Norte: between corruption, violence and hope in the new US administration

In the "Northern Triangle" of Central America (Guatemala, Honduras, El Salvador) it is estimated that the coronavirus has ...
740
Read 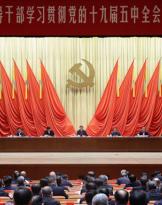 In the year in which China will achieve the first of the two objectives indicated by Xi Jinping at the time of his investiture (...
1975
Read 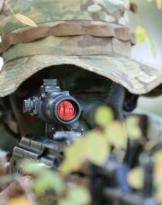