The new president of Chile tries to change the country 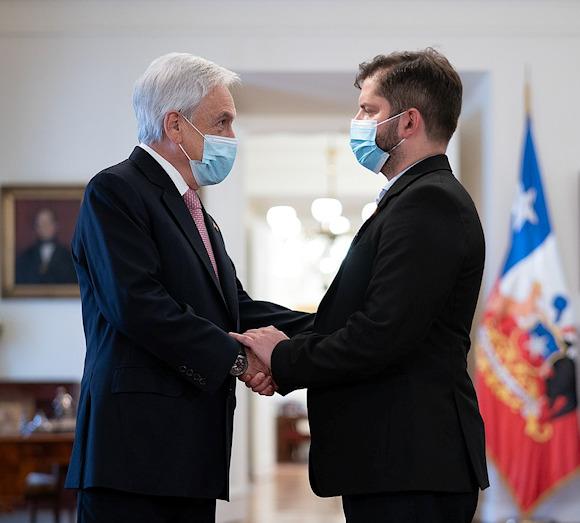 In Chile, the winner of the second round of the presidential elections of 19 December 2021, Gabriel Boric (opening photo, right), candidate of the progressive coalition (Frente Amplio), officially takes office. The loser is the leader of the far right (Frente Social Cristiano), José Antonio Kast.

The extent of this victory must be seen in the light of the figure of Chilean democracy. A figure imposed by Pinochet's dictatorship in 1980 when he imposed a constitution where democracy would only frame the continuity of power of the old bourgeois aristocracies, which had supported Pinochet himself. The subsequent democratic dialectic of the last few decades was then in reality a form covering a hierarchy. In Chile, as in other South American countries, the national formation process has in fact kept intact the elitist character of the occupation and the management of power. The fundamental point of Chilean politics has therefore always been not the dialectic between a right and a left in western terms, but between an above and a below, between those who have and those who have not, and even more between those who have the right to have and those who do not. has the right to have, between those who are superior and those who are inferior. It is a concept of the right understood as patriciate, which has always been imagined as the incarnation of the nation and therefore the custodian of the right to domination and resources. Right reactionary and also militarist, which found its latest and dramatic expression in the dictatorship of Pinochet. For this ruling class, the transition from that dictatorship to democracy did not mean the abandonment of certain world views, but the attempt, so far successful, to impose them in a different structure, the democratic one.

Decades of political freedom have not eroded the existence of an upper and a lower level of national participation in all its articulations, i.e. social, educational, health, pension, etc. All sectors in which privilege decides who is how much can access it. 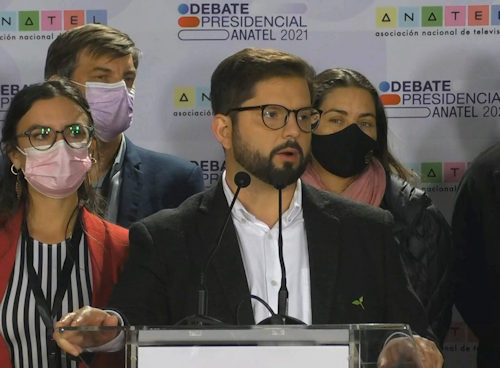 These are the forces against which Boric has prevailed and which he wants to change. The crushing, first of the lower classes, then of the middle ones, led to the huge protests of 2019, which resulted in the decision to call a constituent assembly, currently committed to writing a new constitution (to be approved in 2022, it will be a fundamental variable to understand how much the new president will be able to change the country) and led to the victory last December.

The election battle was brutal and sincere. Brutal because it is at stake who embodies the country, what power is and who owns it. Sincere because on the one hand there was no nostalgic re-proposition of the dictatorship (the dictatorship was never the source of the strength of these oligarchies, but only the circumstantial expression of their power) while on the other the progressive candidate managed to to win precisely because he has shown that he does not want a traumatic revolution, but a sustainable change for both sides. Political sustainability is therefore the key concept, which allowed the new president to break through, in addition to the fact that the losing side still dominates the entire state backbone and therefore imagines itself unassailable, even in the face of this clear political overthrow.

Boric understood that any change is conceivable only with the inclusion and participation of the current world above and not against it. Precisely to reassure these opponents, the new government team presents the president of Banco Central Mario Marcel, a man of markets and liberalism, the man of the “above” as budget minister. The president will therefore try to have the redistribution of resources, higher taxation and the expansion of services implemented, precisely by a man opposed to them, and who will try either to apply them or to hinder them depending on the type of compromise, which from time to time time Boric will propose to the world, from which the minister comes. Above all, it is a name that will allow Boric to present himself as the man of a future, who does not come as a lightning bolt, but as a bridge. However, the substance of the renewal is solid, starting from the numbers (14 women out of 24 members, all in key roles) and names. 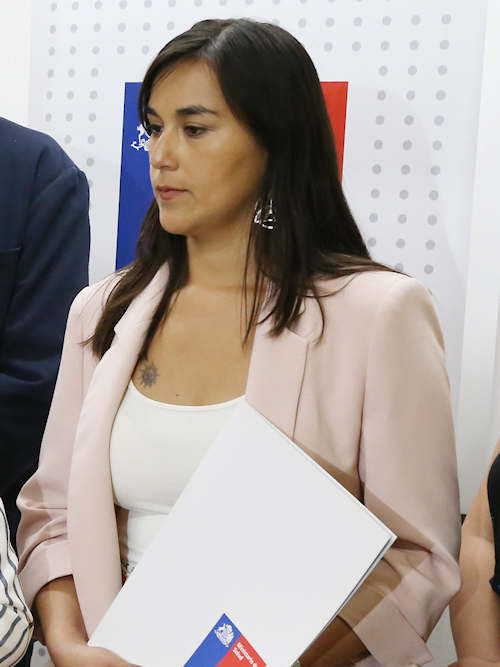 Among the most innovative is the new interior minister, Izkia Siches (photo), doctor, woman and feminist, who will manage the most symbolic component of the repressive world in Chilean history, the Carabineros. It is precisely by reforming their ideological approach that Boric aims above all to emancipate and definitively incorporate the indigenous Mapuche minority, frequently oppressed by this force, which considers them extraneous and inferior to the nation's "DNA". The granddaughter of the late President Allende, Maya Fernandez Allende, will instead take over the defense department. Both are a clear message to the worlds that overthrew her grandfather. With these old and new names, the president confirms that he wants change, but that he wants it for everyone and everyone.

But everything has a price. The one for internal change is the reconfirmation of the geopolitical coordinates in which the country is inscribed. Boric is well aware of the fact that Chile is part of the US garden, represented by South America. He does not want to contradict this belonging, but the role that his country can play in it can allow him above all to not only suffer the current challenge between the United States and China, but to exploit it in his own favor. He knows that being periphery does not necessarily mean being weak, because for each periphery well-coordinated cooperation with the others can increase its weight and support its change from within, while remaining loyal to the hegemon of reference. To give an example, to the "aristocratic" classes of Chile he will bring the confirmation of the free trade agreements, but he intends to use these reassuring reaffirmations, to coordinate between satellites and thus increase resistance to the pressures of the great powers. He will then try to use the policy of open regionalism as a justification for the borders open to immigration, for the common management of resources in areas of tension with neighboring countries etc ...

Ultimately, however, the change that Boric proposes is so profound as to force him to hurt the same people who voted for him, as well as the ancient masters of the country. It is as if Chilean democracy were a hunting reserve inhabited by wolves and deer. Deer are forced to stay in this territory, because only grass grows in it, which the wolves grant. They grant it because they feed on the deer themselves. But now a deer has become the head of the reserve. He does not want to kill wolves (in Chilean history this has proved impossible), but to try to ensure that they become herbivores and can live together. Even this has so far proved quite impossible in South America, but Chile is a laboratory and Boric has taken the right steps for now.

The international situation is evolving rapidly and there is no country that does not have to adapt. In an area of ​​course ...
6604
Read

The visit of the Chinese foreign minister, Wang Yi, who in the second half of May touched several small states ...
1048
Read

The focus of geopolitical attention cannot be fixed; Ukrainian drama aside, Asia continues to stir up more than ...
8758
Read

The vote in the UN Assembly of the motion condemning Russia's aggression against Ukraine has ...
3118
Read

Last May 23, with a grand ceremony attended by President Recep Tayyip Erdoğan as guest of honor ...
4500
Read

The Ukrainian campaign could prove to be more costly and damaging for Russia than anticipated. Despite a ...
2626
Read