Identity and geopolitical role of Albania. The Italian-Turkish crossroads 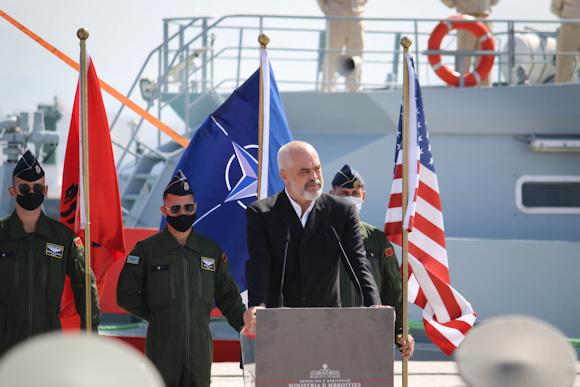 Becoming Albania and continuing to be one means existing in the Western Balkans, where empires have always crossed their own historical and territorial depths, times and spaces, in a word, their strategies.

Understanding how Albania can move at the crossroads of these trajectories, in a strategically critical land, requires a look at its human factor, its identity, and therefore all the other factors conditioning the Albanian geopolitical game.

In a certain sense it can be said that the Albanian people (or peoples) had to resist such empires before they even existed, fight before they became. Hence his negative definition, first of all not being someone else, the ruler of the day, with its anthropological impact, such as religion (secularized, because seen as vectors of foreign interference).

When you are small like Albania, and you don't even exist like Albania yet, total resistance is impossible, just as infinite isolation is unsustainable, then resisting means, in the phases of submission, absorbing in order not to be swallowed up, camouflaging without assimilating . How to be a clan, if you do not want to or can still be a nation, how, during the Ottoman rule, to become Islamic without becoming Turkish, etc ... The result is a clan identity, defined more locally and familiarly than collectively and nationally, where being is more culture than identity, where the nation is more lived than structured. This dimension has been and is a survival factor of the Albanian identity, but it prevents Albania from being a cohesive nation.

The symbiosis with different dominants has in fact implied the maintenance and worsening of differences, such as between north and south, between Muslims and Christians, etc ... leading to divergent projects, preventing the common sense of having a mission, a homogeneous way of being in the world. Being Albanian finds it difficult to translate into collective action, that is, to become a state, a structure. It is the strategically critical heart of the Albanian identity which, made up of belonging but not of cohesive collective action, generates a fragile state.

These fractures affect the geopolitical dynamics. It is a small country, with fragile institutions and a non-cohesive population, and above all immersed in an area that is crucial for the balance of power, but the power of others. A country like this cannot guarantee security through its own forces. 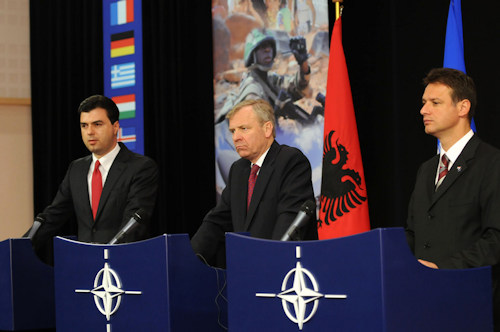 In 2009 Albania enters NATO (photo). Only the global hegemon (US) can guarantee it stability and border security. With the American umbrella, however, if you don't drown, you get wet. Albania remains exposed to the projects of the large ones that surround it and to the fragility of the small ones who hold it. The Balkans are an area where problems, rather than being solved, are defused at best, manipulated on average, at worst they are blown up.

To understand Albania's room for maneuver, consider that the interests of the United States, a global power, China, their challenger, Russia, converge here, which still imagines itself as a world power and tries to resist any downgrading (and NATO's advancement) , Germany, a “potentially” great power, all the more so if it decides to be, Turkey, which seems to “never sleep” and Italy, which seems immersed in strategic sleep.

In this panorama, the only geopolitical figure of Albania is the dogmatic adhesion to Atlanticism, with the additional objective of entering the European Union, all managed with strategic balancing act, so as not to be devoured. The balancing act is necessary because the American dominus, based on its matches and attention, allows a certain exposure to the action of the supporting actors, tolerated as minor evils in a certain phase and area.

Strategic balancing imposes, before having one's own objectives, to know the agenda of others, to know what one is in their perception and therefore to move to transform itself from a geopolitical object into a subject, from prey into a resource, using proximity to an actor to obtain the attention of another or to push him away.

The same pan-Albanian myth, the union of Albanians in a single state, would contradict the crediting of Albanians as a stable subject in the region and is only waved with the aim of pushing for entry into the EU, as the only non-explosive alternative. . Until now, we went through two doors, that of the United States (NATO) for military protection, that of the European Union for well-being. Once the Atlantic objective is met, Albania remains outside the EU, due, among other things, to a US blockade of enlargement, fearful that the Balkans may enter the availability, perhaps geopolitical in the future, of Germany. Albania also rests in the heart of Turkish and Italian interests. The key strategic concept to understand what Albania would imply in their availability is that of defensive depth. 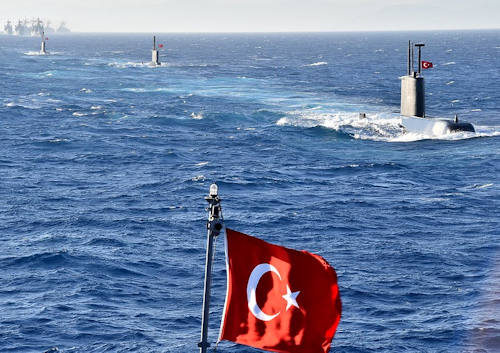 The Turkish geopolitical posture is often mistaken as neo-Ottoman, oriented towards a re-edition of that empire. In reality, Turkish conduct is centered on the concept of blue homeland, namely the idea that power status (and the defense capability it implies) is accessible to Turkey through the dominion of the seas, Aegean, Black, Eastern Mediterranean, with one foot in the Red Sea, because from there you access the ocean and the Indo-Pacific competition, the main one. The Ottoman Empire was instead founded on the dominion of the land routes, on the legacy of the empire of the second Rome, Constantinople. For this real purpose of that empire were the lands west of the Caspian, which he will call Rumelia, land of Rome.

Albania was part of Rumelia, part of the "Roman" - Ottoman heart. Mustafà Kemal, father of modern Turkey, understands that not dominating the sea is anti-geopolitical, and as such has weakened the empire, the source, among others, of its collapse. Turkey must instead take place in Anatolia and defend itself on the sea, the Balkan peninsula (and Albania) would thus become the terrestrial fringe from which to defend this nucleus in depth. Not the center, but the periphery, the highest stake in terms of defense, but not the center in terms of identity. Useful to pincer Greece, a real wall for access to the Balkans, but nothing more. The approach to Turkey, perhaps in the name of an Islam which in Albania is cultural, not identifying, is functional to accelerating the entry into the EU concerned, but it is a geopolitical fiction.

Albania would make the most of this policy, if it could balance it with Italian strategic awareness… which Italy does not seem to have. Albania overlooks the Adriatic, is part of a possible defensive depth of the boot, at least through soft power, which, however, Italy has dissipated. It has lost the strategic value of Rai, as a gateway to the West for the Abanese, isolated by the Communist dictatorship, it has dissipated the assets of the three military / humanitarian missions that in the nineties stemmed hunger, insecurity and migration from the "Illyrian" country, not it has capitalized its commercial primacy nor exploited the Albanian diaspora in Italy; yet it is Italy that has contributed to the rise of Albania, to have introduced it to modernity, to fight crime in its territory.

Basically, Italy does not have a strategic thinking appropriate to its size. Which unbalances Albania towards less familiar partners, Paris, Berlin, because it is aware that, to enter the EU, Italy does not seem to be able to influence much, almost better to be sponsored by Greece. 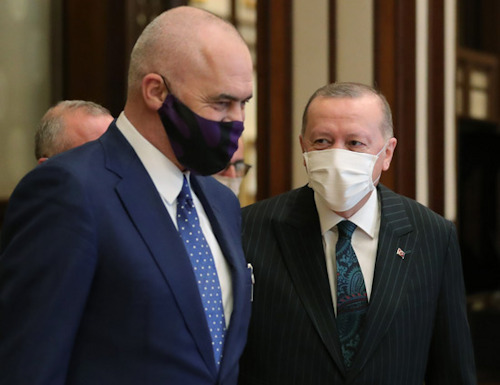 Italy appears capable at most of circumstantial reactions to contain damage. You see it with vaccines. Not having made it through to get them to Albania pushed the same to Turkish intermediation with China.

The only realistic prospect of a rebalancing between Italy and Turkey is not an increase in Italian power, but a decrease in Turkish ambitions, in which the disproportion between objectives and means is destined to hurt the US hegemon and suffer the blow (especially in case of strong downsizing of Iran).

It is probable that Albania will have to wait a few years to join the EU, after the US has clarified the posture of Germany, undecided about the geopolitical leap. If it did, how would the US react? And would it be useful for Germany to have China in the backyard with the US at home?

Ultimately, nothing depends on Albania, but everything has repercussions in Albania. If Albania does not hit the pro-European goal, geopolitical offers such as Greater Albania or the jihad, which tries to overlap that myth, could find space, even if not realized. Moreover, in the Balkans, a fuse does not necessarily have to explode to destroy.

Latin America is seething. This is a dramatic fact that is there for all to see. From Mexico to...
1618
Read

The news is blood curdling for its long-term implications, however you can bet…
2858
Read

In the last weeks of 2022, the consolidation of the "stratified" Russian defensive line east of the Dnieper River and...
6567
Read

One of the most compelling Disney stories of recent years is the one entitled The world to come; read it, it's worth...
5134
Read

“The Western Balkans must decide which side to take: on the side of democracy, this is the European Union,...
7747
Read