The dreams of "Ambazonia" 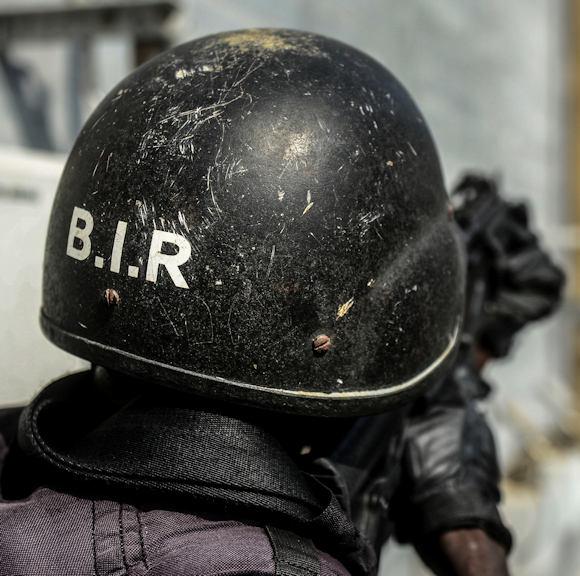 Yes, you got it right! The word is “Ambazonia” and not “Amazonia”, and no, we are not in Latin America, but in Africa, to be precise in the northwestern corner of the Republic of Cameroon. A crisis has been taking place here for over three years which threatens to destabilize one of the most important countries in that part of Africa, as well as dramatically bringing out the hitherto ill-concealed rivalry between the Anglophone and the Francophone world which, precisely in Africa, is destined to produce new and unpredictable conflicts.

Few people know that modern Cameroon (also called "Africa in miniature" due to its landscape and ethno-linguistic variety) was not actually born in 1960, the year of formal independence from France, but in 1961 with the union in a federation of the "French Cameroon" and of the "British South Cameroon" creating a de facto bi-national state. Originally, the rights of the Anglophone community of the former South British Cameroon were constitutional but, in 1972, the then first president of Cameroon, Ahmadou Babatoura Ahidjo decided to abolish the federal state in favor of a much more unified structure. compliant with the "French" model adhering to the culture of the majority of the population.

Despite the fact that, formally, French and English remained both official languages ​​of the state, this proved to be nothing more than a "fig leaf". Since 1972 the rights of Anglophone Cameroonians have been progressively and inexorably eroded by the French speakers and things have not changed at all when, in 1982, in a move that surprised everyone, Ahidjo resigned from his position paving the way for the presidency of his first minister, Paul Barthélemy Biya'a bi Mvondo, who is still in power. 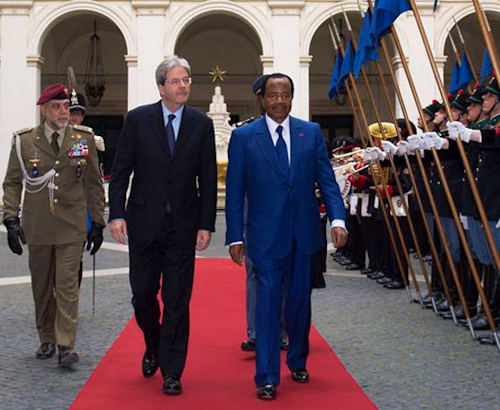 Archetype of the African dictator, Biya (in the photo the third from the left) has ruled his country with an iron fist until today, banishing the opposition and subtracting huge capital from the public budget.

After the fall of his Zimbabwean "colleague" Robert Gabriel Mugabe in a coup in 2017, Biya is now the longest-serving political leader in sub-Saharan Africa having served for 7 years as prime minister and 38 as president (who could become 40 if he could stay in the saddle until 2022). However, in recent years, the situation in the former British South Cameroon has come to degenerate to such an extent that Biya has had to massively deploy the army, particularly the infamous “BIR” (Bataillon d'Intervention Rapide).

A special unit halfway between a special force proper and a Praetorian unit, the BIR is made up solely of bitterly patriotic French-speaking soldiers who have committed numerous crimes against humanity during the so-called "anti-guerrilla operations". Indeed, the Cameroonian soldiers' priority is the fight against the secessionist guerrillas but, in the course of their military operations, they have shown substantial disregard for the suffering and harassment they have imposed on the Anglophone civilian population. Finally, the inhabitants of the region have opted for what we could define a "mass revolt", proclaiming, on 1 October 2017, the "Federal Republic of Ambazonia". The main political force behind this decision was the Southern Cameroons Ambazonia United Front Consortium (SCACUF), umbrella denomination of a union of civil parties and associations fighting for the independence of Ambazonia, first in a non-violent way, now also resorting to arms.

Up to now, the Ambazonia conflict has remained more or less a "hidden" war that few international observers have considered. However, we should not think that this dispute is free from the ever-present danger of internationalization, especially taking into account that the Anglophone population of the country would easily play in exploiting the attention of the Anglo-Saxon powers.

Photo: US Navy / presidency of the council of ministers

Mario Draghi spoke of Turkey as Italy's main trading partner in the region that includes the Middle ...
138
Read

The Mediterranean once again lends itself to being the ideal backdrop for those wishing to shift attention from Ukraine; ...
1318
Read