The dangers for the world economy: China is increasingly aggressive 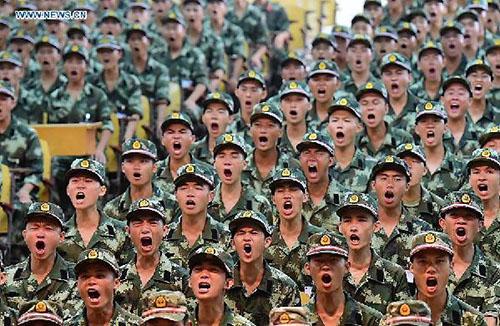 Beijing claims that, according to the agreement to join theWorld Trade Organization (OMC), of 2001, China in the 2016 will automatically become a market economy.

What does it mean? A country that wants to base its economic organization on private property, on business freedom and on the exchange of goods and services in free markets.

The fear is that allowing a giant such as China to market its products and industrial capabilities could mean for us having to redesign our political and economic organization.

The cost of labor in Italy and in EU countries is very high because it includes social security protections for workers and adjustments to safeguard the environment for industrial plants. Everything is included in the final price of the product. In China, on the other hand, the phenomenon of exploitation of workers and minors persists, the problem of the poor quality of the raw materials used, the lack of adaptation of the industries to the strict directives provided by the Kyoto Protocol on greenhouse gases.

In summary, allowing China to export its products in a conventional and autonomous manner could create a financial short circuit due to the excessive difference in the prices of the same products. On the other hand, a unique and virtuous access for Western products to the Chinese market could be opened.

The European Commission, as mentioned, is called this year to have to express itself on whether or not China is recognized as a market economy. As always, the opinion of the countries of the Union is not univocal. The proposal must be approved by all 28 Member States. Among them the main supporter is the United Kingdom, while Italy is firmly against. The main economy of the Union, Germany, has an ambiguous position: at the end of October, during a meeting with the Chinese Prime Minister, Li Keqiang, in Hefei, the German Chancellor, Angela Merkel, declared that she was in favor "in line in principle ", but in other circumstances he admitted that recognition could be a double-edged sword and that the Asian country still has a long way to go, especially in terms of awarding public contracts. He also stressed the vulnerability of some European industrial sectors, from steel to solar energy.

For supporters, recognition could pave the way for European industrial investments in China and for Chinese ones in the Union's infrastructure; for detractors, it would threaten the steel, ceramic and textile industries because it would be more difficult to apply "anti-dumping" tariffs.

The US also warns Europe of a turning point that could cause flooding of low-cost Chinese products in US and European markets. THE'Economic Policy Institute of Washington estimates the number of risk places in 3,5.

According to Commission sources, however, the fears of the industry would be exaggerated; to protect them, safeguard measures could be used, such as those against public subsidies, used against other market economies.

In a globalized world it is unimaginable not to favor free entry to markets for all. With prudence and unanimity, the inevitable review of some commercial parameters could favor everyone, from consumers to producers, especially in an economy, the current one, which shows more and more symptoms of stagflation: very modest variations in GDP, wage freezes for workers and increase in consumer products exceeding purchasing capacity.

We probably need the short circuit that could be created with Chinese products and capabilities.

Mario Draghi spoke of Turkey as Italy's main trading partner in the region that includes the Middle ...
605
Read

The Mediterranean once again lends itself to being the ideal backdrop for those wishing to shift attention from Ukraine; ...
2087
Read

As was widely expected, during the Summit of NATO Heads of State and Government in Madrid, Finland and Sweden ...
4196
Read

The international situation is evolving rapidly and there is no country that does not have to adapt. In an area of ​​course ...
8429
Read

The visit of the Chinese foreign minister, Wang Yi, who in the second half of May touched several small states ...
1114
Read