The United States wastes no time in Pakistan, to have more influence in the area, not to offend India "so much" and to warn China 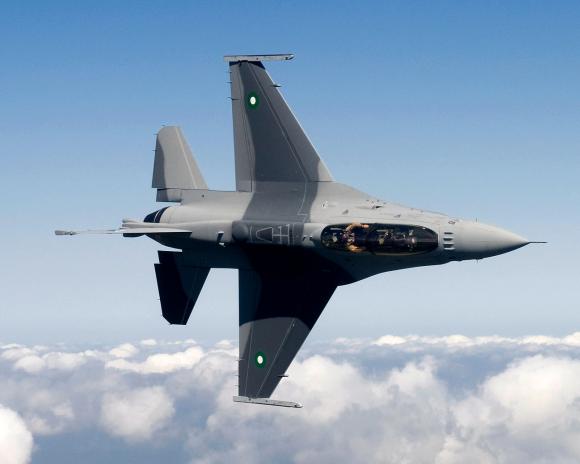 In Pakistan there is talk of the purchase of a new tranche of F-16 fighters from the USA. American analysts believe that this deal cannot be done quickly or even be canceled.

However, he was the chief of staff of the media to expose himself to the media Pakistan Air Force which said it had engaged with senior US officials to establish the terms of the trade agreement to obtain newer F-16 fighters, but the negotiation, the chief of staff himself said, could take some time.

The US Defense Commission minimizes the news of the F16s to the Pakistanis, but confirms that Prime Minister Nawaz Sharif, on a visit to Washington last October, requested the start of the procedure for the purchase of eight F-16s. Pakistan, the Commission adds in a note, currently already has a series of F-16s in force and the addition of eight more fighters is unlikely to impact the balance of power in the area of ​​influence between Pakistan and India.

The prudence of the Defense Commission is due to the fact that the United States Congress has always historically been skeptical about the sale of arms to Pakistan, if not in small quantities, precisely in order not to cause any Indian resentment, given the excellent commercial relations in continuous growth.
Pakistan, however, this time, could be able to have the eight F16 fighters because the American government needs to maintain the F16 production line which, given the internal orders equal to zero, can only be guaranteed with exports.

According to various analysts, the Indian lobby in Congress is quite powerful and influential and will do so to hinder such sales to Pakistan, but on the other hand is the equally powerful and much more influential military industry lobby.

In this context, the United States must, however, demonstrate to China that it is still influential in Pakistan, especially in military agreements. Indeed, the vivacity of Pakistan-China relations in strategic cooperation in the anti-India sense is well known. For this reason, the United States, in order to maintain its influence in the area, will have to grant, without any hesitation and waste of time, all forms of collaboration to the Pakistani government.

David McKeeby, a spokesman for the Bureau of Political-Military Affairs of the US State Department, pointed out to the skeptics that what has been provided to Pakistan in the past has improved their efforts in the fight against terrorism. The F-16s already given to the Pakistani Air Force have improved accuracy in bombing, significantly reducing collateral damage. Important successes have been made, in this sense, against the terrorist elements in North Waziristan.
These operations, the senior US official stressed, were done in the national interest of both Pakistan and the United States. On the other hand, the American defense-related industry is already well integrated in Pakistan: Lockheed Martin is represented by Kestrel, which also represents a number of other US companies such as Sikorsky, Hawker Beechcraft and L3 Communications.

The United States, therefore, as we have seen, despite internal debates, are aware of having to play an increasingly leading role in all areas of the globe to demonstrate that they are able to play all games.

The international situation is evolving rapidly and there is no country that does not have to adapt. In an area of ​​course ...
5200
Read

The vote in the UN Assembly of the motion condemning Russia's aggression against Ukraine has ...
3094
Read

The Ukrainian conflict does not stop international relations, which are bound to each other by a globalization ...
2314
Read