Home geopolitics Analyses Joys and sorrows of the Aramco

Joys and sorrows of the Aramco 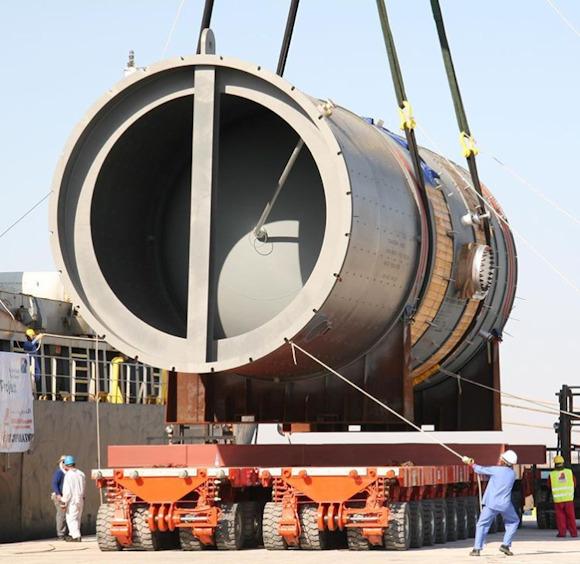 One of the nicknames that best describes the essence of the Kingdom of Saudi Arabia is: "the sea of ​​oil". Even in a region like the Middle East (which in the collective imagination represents the very synonym of "oil"), there is no other country whose identity is so intimately linked to the fate of black gold. It follows that, to talk about oil and Saudi Arabia, it is necessary to speak also of Aramco.

Founded in 1933 as "California-Arabian Standard Oil Company", which later became the "Arabian-American Oil Company" in the 1944, and finally "Saudi Aramco" in the 1988, this gigantic organization represents in all respects a "state in the state" and every his move, as well as the hypotheses of reorganization from time to time proposed by authoritative members of the Saudi Royal House, inevitably have the taste of geopolitics.

The Aramco is, to date, the company that makes the most profits in the world since, according to 2018 data, it has achieved revenues for 355 billion dollars, with an operating profit of 212 billion and a net profit of 111 billion, the latter shows an increase in 46% on the 2017.

To make public the accounts of the Aramco were the rating agencies Moody's and Fitch, charged with assessing the riskiness of a 10 billion dollar bond that the company then issued in early April. Needless to say, the "little hand" behind this initiative was once again Prince Mohammad bin Salman, previously taken to the honors of international news for instigating the Saudi intervention in the "Civil War in Yemen" and for being the likely principal of the heinous murder of journalist Jamal Khashoggi. Aramco has long been at the center of the Prince's dream drawings.

Convinced supporter of the "Vision 2030" strategy, with the aim of radically transforming the Saudi economy from a mere producer of raw materials to a giant in the hi-tech and renewable technologies field, Mohammad bin Salman has long advocated the cause of partial privatization of the "crown jewel". In fact, the real scion had in mind to put on the market a "slice of the family cake", about the 5% of the company, in order to obtain 100 billion dollars to be transferred to "Vision 2030". Even then, most analysts, both economic and geopolitical, were extremely skeptical about the feasibility of the operation given that the estimate on the total value of the Aramco, 2 trillions of dollars according to the entourage of the prince, was considered abundantly excessive (the agencies ratings spoke of a more conservative 1-1,2 trillion dollar).

Then came "the Hurricane Khashoggi" and the entire operation was skipped, pace of those who hoped the start of a wave of privatization of the strategic assets of the Kingdom. However, the obstinate Mohammad bin Salman decided to take an alternative route.

After letting a few months pass, in order to make people forget their actions, rather than that of "privatization", he instead decided, after carefully preparing the ground thanks to a brilliant "transparency operation", to follow the path of "obligations" . This strategy was paying off as the first such auction in its history guaranteed Aramco to raise 12 billions of dollars and receive orders for other 100 billions, pulverizing all the records for a bond issue by a entity related to an emerging market.

Before getting carried away by easy enthusiasm, however, two things must be kept in mind. First of all, the record profit recorded by the Aramco in the 2018 is to be attributed solely to the growth in oil prices, which rose by 31% compared to the average price of the 2017. Secondly, since the Aramco is essentially the "coffer" of "Casa Saud", the geopolitical risk inherent in the fragility of the Kingdom can only undermine its perceived long-term stability.

The images of the terrible explosion in Lebanon have drawn attention to that troubled country. Although from ...
2642
Read