Home geopolitics Analysis Djibouti: a disputed micro-state in the Horn of ...

Djibouti: a disputed micro-state in the Horn of Africa 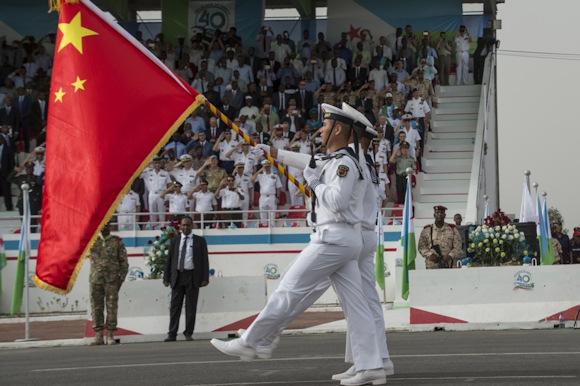 Djibouti is a strip of land nestled between Ethiopia, Eritrea and Somalia, on the border between the Red Sea and the Indian Ocean. This African state, almost invisible on geographical maps, boasts a remarkable geopolitical importance due to its position which makes it, in essence, the obligatory stop on the direct trade routes either in the Mediterranean or towards the "warm seas" of Asia.

In particular, high value-added products from Europe arrive in Djibouti and are then imported to neighboring countries. But Djibouti is also essential for the storage of crude oil and the processing of heavy industry, so much so that the investment program for the modernization and enhancement of the port is based precisely on these two fundamental industrial-production branches.

In colonial times, Djibouti represented a sort of "free port" controlled by the French - a real thorn in the side for Italian possessions in the Red Sea - also used by the Abyssinians as an "outlet to the sea" and preferential route for the importation of weapons and artifacts from Europe; all to the detriment of Italian interests in the area. Just think of the difficulties that the Italian political and military authorities encountered both in the first phase of our colonial expansion (up to the Battle of Adua in 1896) and during the Ethiopian war in the fascist era to prevent Djibouti from being used by Addis Ababa. which market to source.

Today the situation is essentially the same, that is, Djibouti has retained its function of "free market" for both neighboring states and the great powers, as well as that of "access to the sea" for Ethiopia after the independence of Eritrea. . 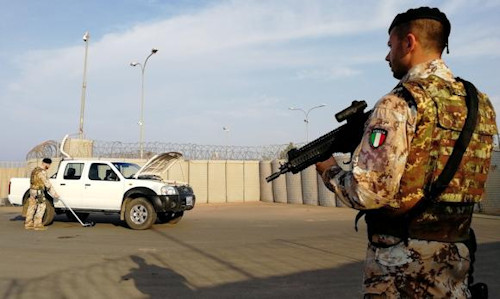 Around 10.000 soldiers from various parts of the world are deployed throughout the country and since 2013 Italy has also permanently had its own contingent of about 100 joint soldiers (at the “Amedeo Guillet” advanced support base). The massive military presence has prompted many experts to speak of the "hypermilitarization" of Djibouti, highlighting even more its strategic importance for the fight against piracy in the Red Sea and the Indian Ocean. All the main international missions for the defense of freedom of navigation to and from the Mediterranean pivot around Djibouti, confirming the fact that the stability of the Horn of Africa is a determining factor for the security of the (now former) Mare Nostrum.

The geographical position of Djibouti is highly advantageous, from a military and economic point of view, and the Djiboutian political class also agrees on this. In fact, on January 28th in Djibouti a summit was held which was attended by the president of "Ports and Free Zones" Aboubaker Omar Hadi, the general manager of "Air Djibouti", Abdourahman Ali Abdillahi, the representative of "Ethiopian Airlines" in Djibouti Yoseph Belay, as well as the representative of "China Merchant Group", He Fei and in which the possibility - and the necessity - of creating a commercial air-sea platform to connect the large commercial traffic of the area was discussed, but also focusing on savings. The air-sea combination is two times faster than exclusively sea transport and twice cheaper than exclusively air transport, saving an additional eight hours by plane and five days at sea, also considering that Djibouti (and here geography returns to make the lion's share) is always found along the main Euro-Asian sea routes and Asian air routes to Africa. All accompanied by a transition of freight transport for the hinterland from road to rail. 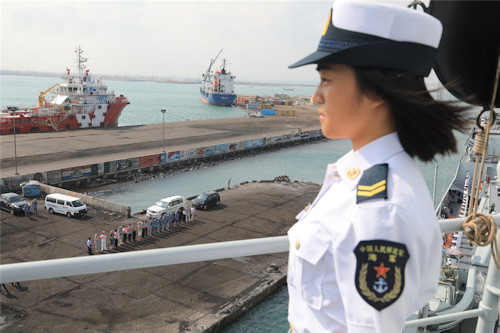 The development of Djibouti's logistical "complementarity" could and should be of substantial interest to all States that have a supra-regional commercial projection of global importance (such as Italy) but in fact it is a guided process, once again , from the People's Republic of China which invests approximately 1 billion dollars a year in Djibouti, a figure equal to 50% of the GDP of Djibouti. The risk that Beijing could swallow up the already weak political sovereignty and the economy of Djibouti is growing given that the Chinese hold about 60% of the public debt (1,3 billion) of the African state and that in November 2017 the Djiboutian Parliament he was forced to pass a law to unilaterally renegotiate strategic infrastructure contracts in an attempt to loosen the Chinese grip on the country.

US diplomacy in Djibouti, based on investments in favor of "sustainable growth", has failed in the face of the impossibility of putting on the plate the same figures invested by the Chinese not only in the Horn of Africa but throughout the black continent.

The massive investments of Beijing, which are carried out both in the financial and infrastructural fields, respond to the all-military need to equip the Zhōngguó Rénmín Jiěfàngjūn Hǎijūn (Chinese Navy) of a projection capacity safeguarding the maritime communication routes that cross Africa, the Indian Ocean, the Strait of Malacca and of course the South China Sea. The doctrine of the Chinese Navy is offensive and has its practical implications in the construction of military infrastructure in the port of Djibouti and civilian infrastructure in Gwadar in Pakistan, as well as in the establishment of the "China-Pakistan Economic Corridor". The immense maritime corridor of the "Cindoterraneo" is a battleground between the great powers and is also the preferred space for Chinese expansion. 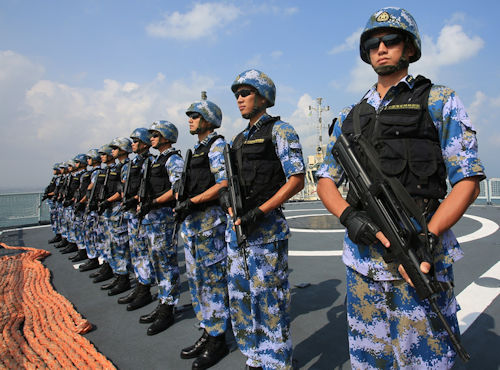 Pumping up capital for the construction of infrastructures and obtaining concessions can in the long run lead to a "toxic development" of the country in which it is invested and this is the direct objective of China in Djibouti but which has by no means left the authorities indifferent locals. The rapprochement - thanks to the 2017 law on contracts - of Djibouti to the United Arab Emirates and India and the "backfire" for France (which managed a long process of independence that lasted from 1977, the year of the official proclamation, to 1994 ) which in Djibouti has the largest military base outside the national territory (1450 soldiers) and which has promoted a line of "respectful collaboration" with the Djiboutians in clear controversy with China, respond precisely to this need.

The game for Djibouti is still to be played but it is good to point out that, despite the government having tried to loosen its ties with China - which has invested 14 billion dollars for the construction of institutional offices, aqueducts and railways - by opening its own markets also to other capitals, the air-sea platform project seems to confirm Beijing's strong hold on the key state of the Horn of Africa and therefore the difficulties of western penetration in the area.

The international situation is evolving rapidly and there is no country that does not have to adapt. In an area of ​​course ...
7351
Read

The focus of geopolitical attention cannot be fixed; Ukrainian drama aside, Asia continues to stir up more than ...
8769
Read

The vote in the UN Assembly of the motion condemning Russia's aggression against Ukraine has ...
3129
Read

Wars are not only fought on the battlefield but also on agricultural fields. The world is witnessing a ...
1475
Read

The Ukrainian conflict does not stop international relations, which are bound to each other by a globalization ...
2322
Read

The rise of China as a global economic and geopolitical superpower has heightened tensions and concerns about ...
3290
Read