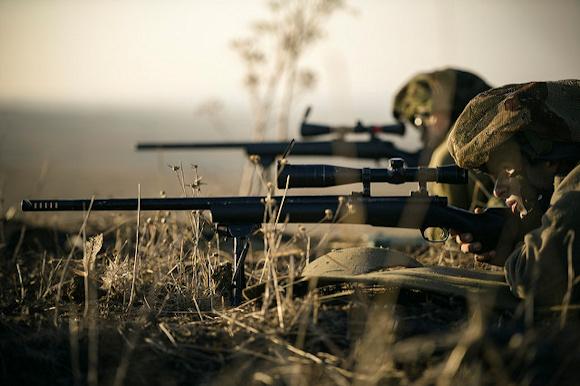 The Middle Eastern controversy has experienced its negative akmè coinciding with the end of the year and, above all, with the delineation of the various regional geopolitical evolutions that have in fact made the stability of the area even more volatile. An analysis of the situation finds an interesting (and almost obligatory) initial start in Israel, where the conflict with the Palestinians is animated by various dynamics, both internal and foreign, able to condition its development.

The clash between Tsahal and the Palestinian armed movement is currently being fought both to conquer territory (and precious water resources), and to reaffirm a precise identity and contemplates an asymmetry of the offense - carried by the Palestinian faction - which is followed, according to the script, an often disproportionate reaction on the Israeli side.

The internal political situation of the two sides further destabilizes the situation and is based on elements that are sometimes difficult and immediate to understand for a Western observer, especially a European one.

The Jewish religious orthodoxy, the different interpretations on which the settler settlement policies have been based, together with events concerning the conduct of Israeli political figures, the troubled political cohabitation of the two souls of Fatah and Hamas on the Palestinian side, provide no possibility hope for solidity: Premier Netanyahu (photo) is politically weakened by some financial scandals that touch him, while Abu Mazen is worn by a regency that has not brought results perceptible by the population, demonstrating that when the leadership weakens the crises become more acute . 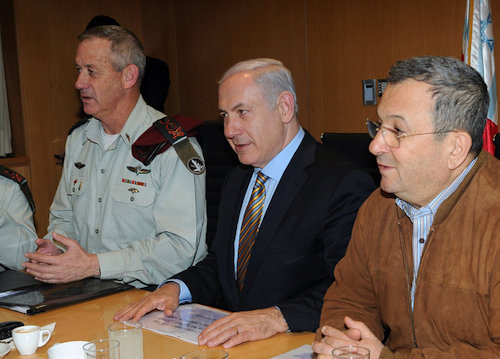 If it is true that on the one hand the agreement between Abu Mazen and Ismail Haniyeh (without forgetting the more fundamentalist Yahya al-Sinwar rising to the Middle East headlines during the 2017) will allow the PA to go back to governing Gaza, on the other the problem of regularization and above all of the control of the armed wing of Hamas remains. Given the logic that always underlies the action of the Star of David, it does not seem misleading to speculate that what you intend to achieve has nothing to do with an effective re-occupation of Gaza by means of a useless conflict, as with an attempt to contain Hamas, moreover more and more considered also in the West Bank but equally aware of the objective impossibility of thrown into the sea Israel through the unlikely opening of Koranic infernal doors, given that, until now, the support of Islamic countries has materialized in proclamations and arms supplies without active involvement in the field.

The rituality of the Israeli-Palestinian conflict seems therefore to find more ideas in a geopolitical picture of greater complexity, fueled by the side effects of the war fought in Syria, given the renewed role of Hezbollah, increasingly less Lebanese militia, the increasingly pronounced Russian influence , the Kurdish incognita marked by the referendum for independence, together with a renewed Israeli proxies of US foreign policy. Just the change of course embossed by Washington, after a period of relative Appeasement with Iran, it has revived only apparently dormant dynamics and in any case connected with the Middle Eastern geopolitical reality. The (momentary) defeat of Daesh, the hegemonic thrusts and the Iranian infiltrations on the strategic line of the Golan with the most opportune interposition of Russia and the approach of the Saudi Kingdom to Israel (useless to put bars to ideas, Metternich would have said, they override them) give further political depth to the Israeli-Palestinian question. 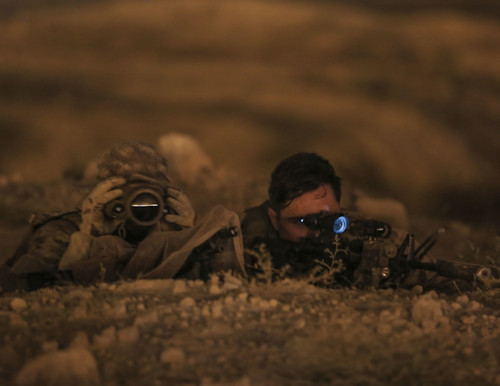 The US, after two democratic presidential mandates decidedly not very oriented towards the Israeli cause, is therefore now committed to patching up relations with the traditional Sunni allies of the area (Saudi Arabia and the UAE), which in turn are inclined to contain the Shiite thrust Iran. The US decertification of the agreements signed at the time with Iran in order to foster both nuclear development and a loosening of the constraints imposed on arms export-export, has made Israel more volatile, for some time now implementing a policy of active containment of the preparations of the Guardians of the Revolution attested along the Syrian border. With the remarkable and ascertained activity of the ayatollahs in favor of the Lebanese Hezbollah and the Yemeni Huthi, and noting the return on the international political scene of Russia which is however aware of Iran's indispensability as a basic regional political element, it is not difficult to understand the strategic scenario drawn up by the Israeli CSM, General Eisenkot, also supported by military and technological support provided by the Stars and Stripes ally with missile batteries and new air forces based on the acquisition of F35s in an enhanced version, as well as the promoter of very recent air exercises unprecedented international (yes vis pacem para bellum?). Eisenkot was crystal clear in its strategic analysis, extremely close to vision about to Saudi Arabia: Iran is playing a leading role throughout the Middle East, is providing an ideological imprint in an attempt to achieve a hegemonic control of the region thanks to the construction of two Shiite half-moons: one that starts from Iran and arrives in Syria and Lebanon through Iraq; the second one that moves from Bahrain, passes through Yemen and reaches the Red Sea. Iranian strategic change led to the sharing of know how technology with the Party of God and allowed the realization en casa of more sophisticated weapons. Understand then the alarmed Israeli pragmatism that, mindful of the last change of strategy of Hez that so much has placed him in difficulty in terms of conventional combat, has led to strikes on the Iranian supply lines in Syria - with the silent Russian placet - and to a joint vision with the Saudis, who are never fully involved in the Palestinian affair and who are actually speaking out to determine a unitary and contrary position in Tehran within the Arab League. 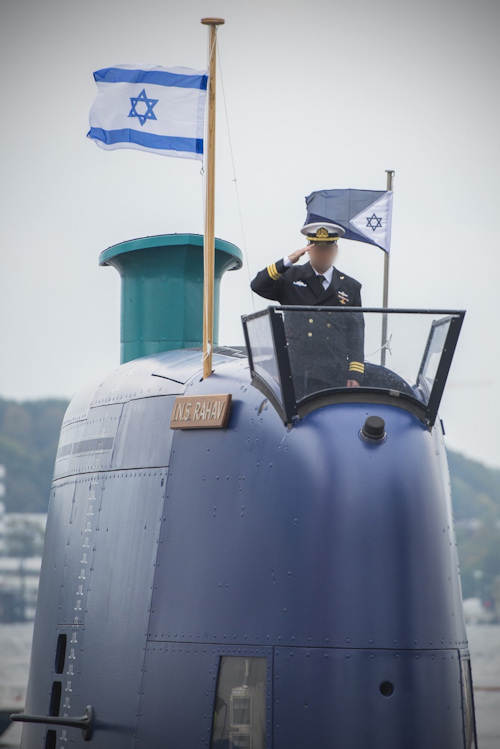 The Saudi line pro Israel can not be foreign or the financial component, which sees the destiny of the world oil market as protagonist, together with the remarkable availability of Qatari gas fields, hostage country of the two contenders, nor the plausibility of a strategic plan that wants a shift in the confrontation between Shiites and Sunnis from the Syrian to the Lebanese theater.

Can Israel attack preemptively Lebanon apparently increasingly dominated by the Shiite group and, above all, the Iranian nuclear plants? From a purely strategic point of view, engage Hezbollah on a front while there is still, in fact, another dynamically open in Syria and while the US is working towards an effective diplomatic cover useful for an unprecedented rapprochement with Riyadh - whose soon Monarch shows unprecedented anti-Iranian assertiveness - he might be paying, especially to annihilate long-range confrontation with Hez. In such a varied context it should be considered a technological aspect that would not be wise to underestimate, ie the planned (and financed) upgrading of the Israeli FFAA Cinderella, the Navy, with German boats Dolphin able to launch - appropriately modified - up to 16 cruise missiles.

Returning to more strictly political (and no less important) aspects, the effect of the American stone thrown into the Jerusalemite pond remains to be evaluated uncritically (and realistically). The announced transfer of the US embassy, ​​with the simultaneous recognition of Jerusalem as the capital of the Jewish state, has stirred up a situation which, as a geopolitical oxymoron, has long been crystallized in its explosiveness. The current American administration has interpreted the events pragmatically, following the already evident inclinations of a president who, in fact, gave force to a sovereign choice of Congress voted in 1995 in full Clinton era. The UN resolution, appropriately emphasized, if on the one hand it stigmatized the American decision, on the other hand it showed a rhetoric in fact inconclusive, in the light of the fact that, never before, the USA has shown a coherence (perhaps not acceptable but realistic) deliberately not pursued by previous administrations; in practice nothing has changed and the Palestinian cause it has in fact been again immolated, by its own strenuous defenders, on the altar of raison d'etat and the indispensable funds provided by the FED. 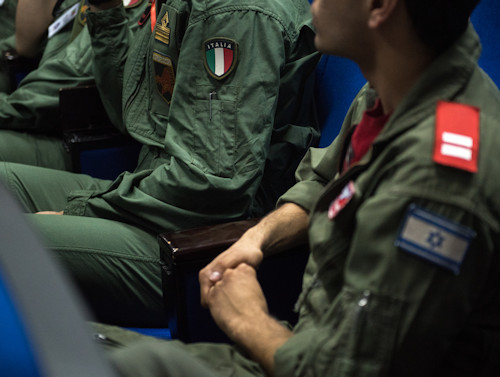 The resolution adopted by the Organization of the Islamic Conference - dominated by Saudi Arabia - which, with the identification of East Jerusalem as the Palestinian capital, poses the solution of the conflict from the point of view of the constitution of a more concrete but less publicized one. two distinct States. If Saudi Arabia intends to make use of the Israeli-US support in an anti-Iranian way, it can not help but strongly oppose the Trump line; after all the other two most important regional political subjects, Turkey and Egypt, beyond the inevitable official positions, seem to have opted for lines of Realpolitik vote for a concrete and effective objectivity aimed at avoiding further friction with Israel and Washington.

How is the West facing this panorama? In a contrasting way, with a sometimes myopic policy, which does not fully understand the importance of Saudi Arabia, whether it likes it or not, and which continues to rely on an ideology Liberal not free from defects, as the widespread and unsteady Middle Eastern instability is to prove.

Conclusions: is the world really on sale as asserted by the Venezuelan ambassador in the UN? Nihil sub sole novi; pragmatism and realism in international relations continue to indicate paths and paths that, without any sweetening ideology, can also repel but which, of course, continue to have their objective importance.

Between the second half of July and the beginning of August over thirty people died (including two soldiers ...
80
Read

The strategic reflection of the EU has always progressed with difficulty, due to the often different vision of ...
2685
Read

In the course of the two previous analyzes we spoke first of the figure of the Prime Minister of Hungary, Viktor ...
8073
Read