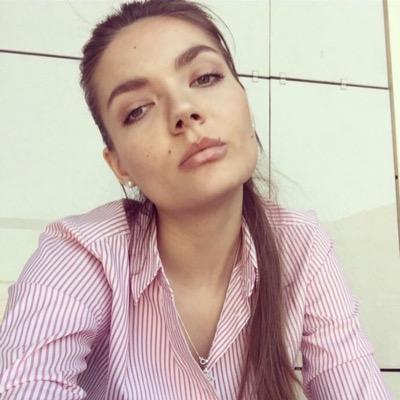 While Moscow is committed against the Islamic State in Syria, there are many questions about the balance and future strategic assets. Questions remain suspended regarding the economic stability of Russia linked to the important role it plays in the global energy market. A question is given by the possibility of Russia to continue to exercise its geopolitical weight globally with an economy proven by the fall in oil prices and the sanctions of the European Union. Online Defense met Marina Zvonareva, a Moscow based researcher with experience in international energy relations and an analyst at Natural Gas Europe.

Speaking of Russia and reading the recent news there are three main topics to highlight to analyze the country: energy policy, the geopolitical situation and relations with the West. The oil price crisis has shown Russia exposed to changes in the energy market; can you describe how much this influences the foreign policy of the Federation? Furthermore, according to you, can the intervention in Syria be seen as a strategy linked to the need for resources, or can it be explained as a challenge to Washington?

"The Russian energy sector is strongly influenced by geopolitics and gas is used as a political tool. The Power of Siberia, Altai Route, Nord Stream II, the deleted South Stream, Turkish Stream - all these projects are more about geopolitics than business. The current circumstances are rather unfavorable for the Russian energy industry. Syria is included in the Russian sphere of interest as the main and perhaps last partner in the region.

I do not believe that the Kremlin is driven by the desire to challenge the US as rejecting the Islamic State is necessary. However, looking at the history of interventions within the Muslim world it is possible to say that these were never a good idea. The killing of the Russian military jet shows that the countries of the world are far from a unit in the face of terrorism. Hopefully, the conflict between Russia and Turkey will diminish, otherwise this could cause serious political consequences including the cancellation of the Turkish Stream. "

The downward price of oil driven by the production of Saudi Arabia, a historic US ally, influenced the ruble and the Russian economy. The US Investment Bank recently predicted that the ruble will be able to perform well next year and Goldman Sachs called on shareholders to buy the ruble in the 2016. Why has the crisis affected the Federation so heavily?

"The oil crisis has influenced Russia because the 40% of the state budget depends on the taxes of the oil industry. We have been talking for years that Russia needs to decrease the "needle of the oil balance" even if there is no clear strategy to improve the situation. The crisis that began at the end of last year was predictable and inevitable. "

The European Union has announced its support for joining the pipelines that will distribute Russian natural gas in Europe via Turkey. This is important for the realization of the Turkish Stream project, so as to export Russian gas to Turkey and then to Europe with the Tesla gas pipeline to Austria. First of all, do you think this could represent a relaxation of Euro-Russian tensions? Can Turkish Stream be seen as a threat or a challenge for the Trans-Anatolian Pipeline project (TANAP) and, directly, for Azerbaijan's energy export policy? In light of the recent events, is there really the possibility of a final agreement on the Turkish Stream having been seen with current relations with Erdogan?

"Yes, I think it can be a sign of better relations between the European Union and Russia, especially after the cancellation of the South Stream project. At the same time, Gazprom's suggestion to build pipelines for the stagnant European market had been a failure from the start.

As we know, the gas for TANAP is already contracted: 6 bcm (billions of cubic meters of natural gas) for Turkey and 10 for the European Union. I would not look at Azerbaijani gas as a threat as Russia could be able to establish competitive prices for the region.

In light of recent events, the fate of the Turkish Stream is uncertain, but it has been a challenge for Russia from the beginning: the Turks are difficult negotiators who get discounts on discounts in addition to their favorite project route and 2 pipeline strings to place of four. Turkey depends on Russia for energy as Russia depends on Turkey's decision on this project. The agreement can be signed if the presidents dissolve the Syrian node that concerns pure geopolitics. "

Speaking about the Asia-Pacific region, it is important to focus on the Sakhalin II LNG project which is one of the most successful export projects. Alexei Miller, President of Gazprom, met with Ken Kobayashi, President and CEO of Mitsubishi Corporation, discussing the construction of the third line of the Sakhalin II LNG plant. Considering the European Union and the energy policy of Brussels focused on new energy import routes, can the Asia-Pacific region be the ideal market for Russia? What are the pros and cons?

"The expansion of Sakhalin II has every chance of succeeding and going into business in the 2021. Gazprom has the support of Shell and both companies have no intention of taking a step back even though the Yuzhno-Kirinskoye depot (the source of additional gas for Sakhalin III) can be placed under the threat of sanctions. I also think that Japanese companies will be able to join the project as the experience of Production Sharing Agreement (PSA) Russian shows its efficiency.

The Asian market is far from being ideal for Russia - the infrastructure to be built costs a fortune, the competition is strong (Australia, Papua New Guinea, United States). Furthermore, the Asian market may not need the amount of gas that Russia can sell. For example, by 2025 Gazprom plans to export 101 bcm of gas to Japan and by 2030 this level will reach the export volume of 105 bcm. Japan has another strategy: by the 2030 the nation has planned to decrease the use of natural gas from 131 bcm in the 2015 to 92 bcm.

Speaking of China, Power of Siberia has a very expensive price and the economy of the project triggers the legitimate question whether the whole story will be profitable by the 2019. As for the Altai route, I have doubts that China will agree as the Chinese will hardly need so much gas from Russia in such a short time. "

After the Paris attacks and the increase in the terrorist threat, Putin received more support for his decision to intervene in Syria. Could this scenario unlock the crisis in Ukraine and its direct connection with the problem of natural gas?

“The chances of the Ukrainian crisis being resolved soon are very low. Countries are moving in the opposite direction: Russia wants to find alternatives for Ukrainian transit and Ukraine wants to get rid of the Russian gas monopoly. Gazprom and Ukraine cannot find an agreement on the price: what Russia sees as a good gesture Ukraine interprets as an unfair price.

I believe that Ukraine can refuse Russian gas in the future and use gas reserves in a decade by exploiting its own resources. For Russia, transit through Ukraine was crucial but some things have changed. In addition, Ukraine can no longer be a reliable and reliable partner with the ongoing civil war. "

Recently Russian energy minister Alexander Novak stated that "Russia's energy strategy until 2035 forecasts growth of major energy indexes and maintenance of Russia's role and place in the world energy markets". How can the Russian Federation increase its growth and respect forecasts?

"Currently the best word to describe the situation in the Russian energy sector is" uncertainty ": low oil and gas prices, slow-falling demand - both domestic and exports - complicated geopolitical situation, increased competition. I think that index growth is possible if Western sanctions are removed. In this case, Russia will be able to attract foreign investment and technology to start working with hard-to-reach deposits. Until now it is not clear how Russia will be able to maintain the current indices. As for the Russian role in energy markets, in the European market Russia will be as important in the next 10-15 years as it is now. "

The international situation is evolving rapidly and there is no country that does not have to adapt. In an area of ​​course ...
4482
Read

The visit of the Chinese foreign minister, Wang Yi, who in the second half of May touched several small states ...
1034
Read

The focus of geopolitical attention cannot be fixed; Ukrainian drama aside, Asia continues to stir up more than ...
8739
Read

The vote in the UN Assembly of the motion condemning Russia's aggression against Ukraine has ...
3088
Read

The rise of China as a global economic and geopolitical superpower has heightened tensions and concerns about ...
3248
Read

Last May 23, with a grand ceremony attended by President Recep Tayyip Erdoğan as guest of honor ...
4481
Read