Home geopolitics Analysis France: the future of Islam, from the ...

France: the future of Islam, from assimilation to multiculturalism 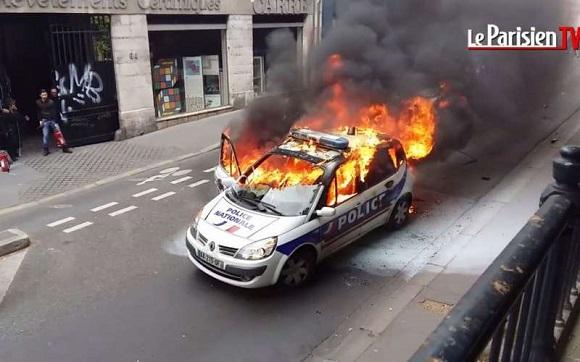 Because of its history, France stands as the homeland of human rights, freedom, the secular state, conceives citizenship above the biological factor, according to this narration anyone can join the community by choice, without there being a bond of blood. The French model of assimilation - which for centuries has "melted Italians, Russians, Poles, Irish, Spanish, Catalans and Alsatians into the national DNA1 - entered into crisis starting from the second half of the twentieth century. The colonial past has led France to be the first European nation to welcome a substantial number of Muslim immigrants to their homeland which went from 330.000 in 1962 to 5,5 million in 20162.

The French elite in recent decades has progressively abandoned the assimilation model to embrace a multicultural and multiethnic one, as in the rest of Europe. This model stems from an economic conception of society, according to which the economy is at the center of human life and the rest (religion, culture, ethnicity) does not count, all men - regardless of their origin - can live peacefully in the same collectivity.

This model has been showing its weaknesses for years, with the massive immigration of Africans (especially Maghrebi) being formed over the years in the peripheral areas - the banlieue - in which the concentration of immigrants - often united by the Islamic faith - has led to pockets of the population that constitute ministries in the state.

The news provides us with the tools to analyze the multicultural and multiethnic model: no desire to merge with the indigenous social fabric, their identity is well rooted and far from the French model, radicalized Muslims carry out attacks, slaughter Christians in front of churches and behead atheists who do satire on Mohammed, they celebrate when Christian symbols are struck, up to a real "Islamist separatism". 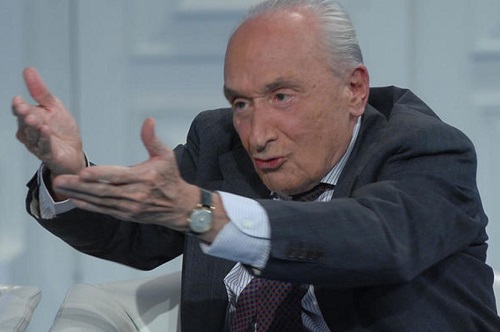 The internationally renowned political scientist Giovanni Sartori (photo) in one of his latest interviews said that it is an illusion to believe that one can "to peacefully integrate a large Muslim community, faithful to a theocratic monotheism that does not agree to distinguish political power from religious power, with a democratic Western society" and again "From 630 AD onwards, history does not remember cases in which the integration of Muslims into non-Islamic societies was successful"3.

An Ipsos research revealed that 66% of French people are convinced that immigrants have no intention of integrating and 64% of those interviewed "no longer feel at home"4.

For the freedom and tolerance that is dear to the French, they welcomed Muslims who do not tolerate freedom into their homeland, openly manifesting their desire to subvert the democratic system. France is undergoing a second process of de-Christianization - after that of the Revolution of 1789 - and of progressive Islamization of inhabited centers in which Muslim immigrants come to represent up to 70% of the total population, as in Trappes, 35 kilometers from Paris. Only from this municipality - sadly renamed "Trappistan" - 67 jihadists (out of a population of 32.000 inhabitants) left to join ISIS5.

Macron in October 2019 denounced "Separatist demonstrations in some parts of our Republic, symptomatic of the unwillingness to live together, in the name of a religion, Islam" and again "The Republic is indivisible and does not admit any separatist adventure. It is fragile and precarious, therefore it must always be defended". Concern also expressed by Minister Marlène Schiappa "in the last three years about 250 problematic places have been closed, but gray areas remain. We see that sometimes the institutions cannot act in the absence of a legal framework" concluding that more stringent laws are needed6.

The DGSI - French internal intelligence - has identified at least 150 banlieues in the hands of radical Islam, not only in large cities such as Paris, Lyon, Marseille and Toulouse but also in small towns. In these areas the state is almost completely absent, the inhabitants are for the most part immigrants from the Maghreb and from second-third generation sub-Saharan Africa with French citizenship, where unemployment reaches 40% the general one and 60% the youth unemployment. . Crime is rampant: dealing, prostitution, receiving stolen goods, gang warfare. It has reached the point where law enforcement often choose not to intervene to avoid causing riots such as those of 2005 and 20177.

Since 2017, the budget of the Ministry of Armed Forces has increased by 1,6 billion euros (an increase never seen before) and more than six thousand police officers and gendarmes have been recruited, of which a third assigned to the internal services which they managed to foil 30 attacks in the last three years8. 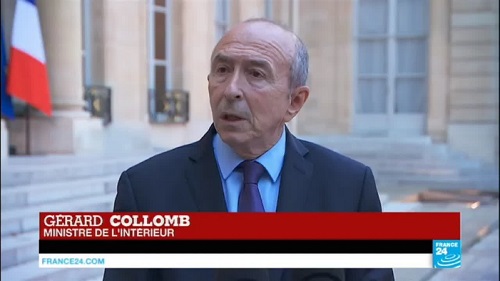 In 2018 the former interior minister Gérard Collomb, of socialist extraction, in an interview with the weekly Valerus Actuelles on the situation of immigrants in France he said: "It's very disturbing. What I read every morning in police reports reflects a rather pessimistic situation. Relationships between people are very difficult, people don't want to live together." - it's still - "I would say that in 5 years the situation could become irreversible". Collomb's words join with alarms launched in previous years by army generals and members of the top secret services such as Patrick Calvar - former head of the DGSI - who in 2016 stated that France is "on the verge of a civil war"9.

The Arab-Muslim population is constantly increasing

sectarian data in France are partial because the authorities do not collect this type of statistical value, however there is a way to quantify the number of new born to Muslim parents: analyze the name of the new born. The data of the Insee (National Institute of Statistics and Economic Studies) showed that in 2019 21,53% of the newborns had an Arabic name. One in five. Percentage that 40 years ago was 2,6%. A percentage that is destined to grow since the average number of children for indigenous women is 1,4 while a woman of Islamic faith in France gets from 3,4 to 4 children10.
According to rough estimates, Muslims in France would go from being 8,8% of the population in 2016 to 17,4% in 2050 in an average immigration scenario.11, in 1962 constituted 0,7% of the population.

Another important fact concerns the new generation of Muslims who are more radicalized than the previous ones, from an Ifop poll of September 2020, it emerged that 45% of Muslims under 25 think that Islam is incompatible with the values ​​of French society and the 74% say that religious convictions come before the values ​​of the Republic12.

Considering the increase of the Muslim population, the radicalization of the new generation, the areas where the state is almost absent, the scenario of a civil war predicted by Calvar and Collomb is anything but imaginative. France represents the future of other European countries which have a slightly lower Muslim percentage of the total population. Sweden, Belgium, the Netherlands, Austria, the United Kingdom are the countries that will suffer - and that already suffer in part - more and more from the problems that today afflict France.

2 M. Tribalat, In death of assimilation to the French, Muslims and Europeans (Limes 1/2018).

As was widely expected, during the Summit of NATO Heads of State and Government in Madrid, Finland and Sweden ...
2075
Read

The international situation is evolving rapidly and there is no country that does not have to adapt. In an area of ​​course ...
8161
Read

The visit of the Chinese foreign minister, Wang Yi, who in the second half of May touched several small states ...
1087
Read

The focus of geopolitical attention cannot be fixed; Ukrainian drama aside, Asia continues to stir up more than ...
8822
Read

The vote in the UN Assembly of the motion condemning Russia's aggression against Ukraine has ...
3178
Read

Wars are not only fought on the battlefield but also on agricultural fields. The world is witnessing a ...
1506
Read

The Ukrainian conflict does not stop international relations, which are bound to each other by a globalization ...
2354
Read

The rise of China as a global economic and geopolitical superpower has heightened tensions and concerns about ...
3323
Read

Last May 23, with a grand ceremony attended by President Recep Tayyip Erdoğan as guest of honor ...
4561
Read

While a part of the world watches with concern the evolution of the situation in Ukraine, in other regions of ...
8043
Read