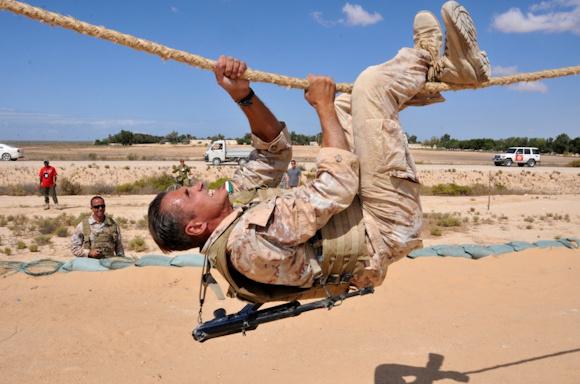 In recent days, a dossier has ended up on the table of the defense neoministro Elisabetta Trenta, which has shown great strategic intelligence by putting it in the freezer ... because it is not clear what kind of alliance should be complementary neither to the European Peach nor to the Born".

The minister has attracted the ire of Forza Italia, whose leader in the defense commission in the House immediately reacted vehemently tearing its clothes: "It is serious that a country like Italy, one of the founders of the EU and has always been involved in international missions, is a spectator and not a protagonist of what could become the pillar of a true common military force of European defense".

But really Italy has fallen from ... Pesco not adhering to the initiative promoted by Paris, that Federica Mogherini, high representative of the EU has defined a contribution to PESCO and not its duplication duplication, as well as the secretary of NATO Jens Stoltenberg he described it as an exercise1 useful to improve strength and reaction speed. Even the United Kingdom - now on the threshold of a scion from the European Union and never even entered the Schengen Area - has placed its signature - together with other members 82 - at the bottom of the letter of intent with which, according to the words of Florence Parly, French defense minister, a vanguard of European countries intends to ensure that their armed forces learn to know each other and act together:

"thanks to the exchanges between the major states and common exercises, we intend to create a European strategic culture. We will be able to anticipate crises and respond to them quickly and concretely ". 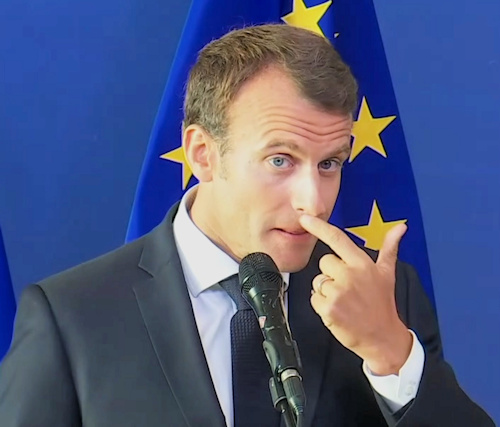 The goal, as indicated by President Emmanuel Macron in a recent speech at the Sorbonne3, is to put Security on top of the tasks of a European Union to be reformed, also in light of the American disengagement from the European and North-Atlantic chessboard. The writer does not intend to tear his clothes because, for once, we did not join a project just because it was "European" and "Community", without even reading the instructions of the company we are joining. Indeed, the instructions are all too clear: the project was born not to improve the security of Italy and, more generally, of south-eastern Europe, but has the aim of facilitating the intervention of the Paris-London duo in those areas where their interests are most vulnerable, from North-West Africa to the Middle East. All areas where our "friends" and "allies" are actually ours competitors. Remaining outside the "circle" of Macron will allow us not to share strategic information, not to have to do the fly coach of the Anglo-French steeds and to stop for a good time to lower the pants in front of the incessant "friendly fire"4.

Yes, but to stay out only for the sake of not acting has little meaning. Because our strategic interests in what Macron has called "scenarios" on the borders of the European Union are in fact coinciding with those of at least one regional power. From Libya to the Saharan region, from the Horn of Africa to the Red Sea, from the eastern Mediterranean to the Levant, Italy and Egypt represent, as it were, a couple of things waiting just to get serious about many things together. Rome and Cairo sleep in the same bed and make the same dreams ... Or have the same nightmares: threats of the Muslim Brotherhood and of the Qaedists, arrogance of the neo-Ottoman regime, challenges to the security of the Euro-Asiatic trade routes and of the energy sources on the coasts Mediterranean.

Cairo has the keys to solve - or at least try to do it! - with us a good half of our (and their) problems: management of flows from Libya, security of Italian-Libyan oil infrastructure, guaranteeing an easy and safe passage for Made in Italy products to Asia. Cairo does not create difficulties in relations between countries, because Egypt is not a nation with an army, but the exact opposite: it is an army that is the master of a nation. In short, you talk to the military and you have (almost) already said and heard everything. Not to mention the fact that Italy has historically well come from those parts, where even the kids playing football on the street have understood that the Regeni case is a clear attempt to poison the relationship between two natural friends. 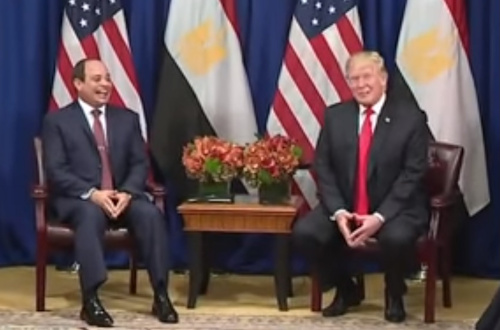 What could we do with Egypt? Meanwhile, turn Libya into a condominium in fact, closed double-mandated for those who do not have good relations with Rome and Cairo, both for the issue of migration and for natural resources. Including gold ... Then, develop a more effective approach to crises in the eastern Mediterranean: the writer believes that even Erdogan would think twice before provoking these two companions. What about the fact that Egypt holds good relations at the same time (and shamelessly ...) with Washington and Moscow, with Riad and Tel Aviv, despite the typical ambiguity of Middle Eastern politics. Ambiguity we desperately need, divided as we are between fanatical atlantists and pro-Russian dreamers. Yes, but in practice? Well, the writer believes that it could create a real "axis" with a political-strategic coordination through direct contacts between leaders, information sharing, joint exercises, cooperation at the level of special forces interventions, investments of the defense etc.

The two "sister countries" could also create forms of co-management and protection of economic and political interests in the regions already indicated, perhaps with the support each time of a third partner, closer to one of the two "sodals", able to facilitate - by interest - the action of the "Rome-Cairo axis". We think, for example, of Saudi Arabia of MBS in Libya ... An agreement of this importance should be discussed in the Council of Ministers and proposed to the Sisi government aiming to formalize it during a mission at the highest levels in Rome or Cairo, but especially looking for a quick conclusion, to avoid that certain "false friends" (and true competitors) try to hinder him, even igniting public opinion in Italy. In short, a "pact" to be concluded within two weeks, with a sherpa job to be started with prompt discretion. Leaving that Macron, the prince (and the smartest) of our competitors, remains dangling to his Peach ... 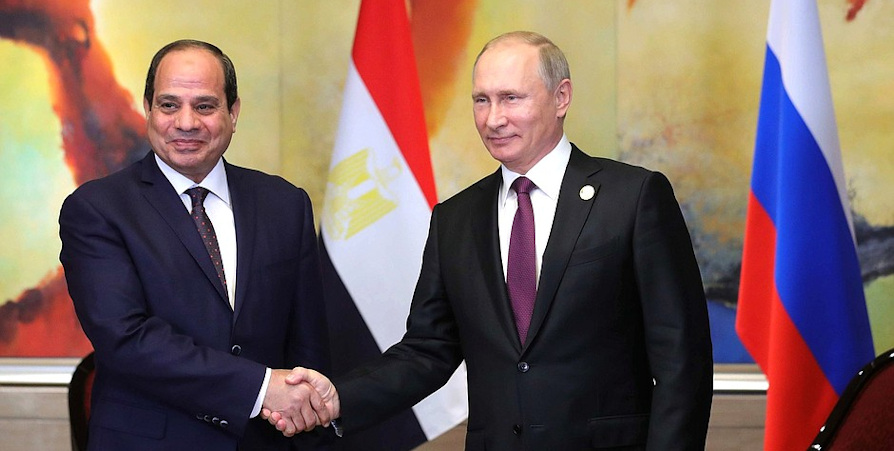 1 Yes, you read correctly: an exercise, a trial without the dignity of what ended.

2 Germany, France, Spain, the Netherlands, Belgium, Portugal, Denmark and Estonia in demographic order. In addition to the absence of Italy and traditionally neutral countries, there is also the lack of an Atlantic country DOC such as Norway and the Slavic and Balkan countries, as well as two thirds of the Baltics.

4 If the writer recalls the attack on Libya, the case Regen and the mission in Mali, who reads come to mind the solemn "cheats" that we cashed as bills?

Venezuela would be experiencing a dramatic new "revolutionary" phase, as a potential alliance between the FARC ...
77
Read

Many people wonder what the big countries and big organizations have concluded in Berlin ...
645
Read

The Berlin conference, called to settle the Libyan question, presented itself with a program, unbalanced to ...
14153
Read

On what happened on the night of January 3 as for the record there is little to add. What matters is the ...
1480
Read

The foreign policy of any country is, or should be influenced by history, culture and psychological aspects ...
3771
Read

Do you remember when in October in an article (v.link) we talked about the "intelligent design" that the major powers ...
3264
Read

A few hours ago the council of dignitaries and wise men of the Turcophone enclave of Misurata rejected the visit of the ...
6187
Read

The Sahel occupies an immense strip of territory, a transition area between desert, savannah, equatorial forests and ...
2218
Read

When the Egyptian rackets will stick to the Turkish (tennis) balls, Ankara and Cairo (as well as Washington and ...
8754
Read

The Palazzo della Civiltà Italiana was soaring towards the sky celebrating heroes, poets, saints and navigators, but without ...
2089
Read