Home geopolitics Analysis Where is the European Union going? 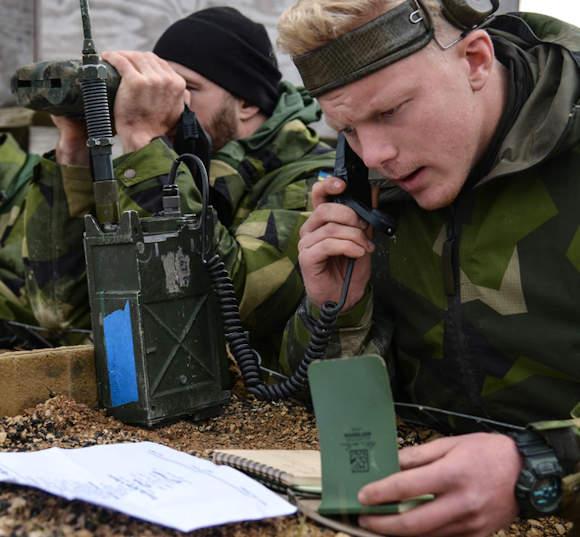 The strategic reflection of the EU has always progressed with difficulty, due to the often different views of its members. However, positions have moved significantly closer mainly during major crises. The outbreak of the war in Bosnia (1992-1995), for example, provided the final impetus for the approval of the Common Foreign and Security Policy (CFSP)i. With the war in Kosovo (1998-1999) a reflection began that gave rise to Defense Policy and Common Defense (CSDP), which has become an integral part and one of the main instruments of the CFSP. The war in Iraq also saw the adoption of the European security strategy (2003) with which, for the first time, Europe has established clear principles and objectives for advancing Community interests in security based on our core values. In 2016, following Russia's invasion of Crimea, Europe finally adopted the Global European Security Strategy, with which the priorities for the Union's foreign policy were identified.

La European strategic compass, born on 25 March this year, represents a qualitative leap in European strategic thinking and constitutes an attempt to make the EU an important player in international security (read article "European defense: opportunity or mirage?"). Again, the presence of a war has accelerated the aggregation around the principles of the document. More precisely, the new concept is declined in four "pillars" which, in a nutshell, can be identified with "act", "invest", "ensure" and "cooperate".

From a practical point of view, the most relevant effects of the new concept were the decision to build, by 2025, a European rapid reaction capacity of 5.000 men, the will to develop a European "space strategy" in a relatively short time and the determination to develop collaboration between members to combat disinformation and the possibility of foreign interference in public information.

In a nutshell, the Strategic compass acknowledges that economic power alone is no longer sufficient to guarantee security and stability, and that the EU must equip itself with more "robust" common security tools, to be used mainly as a credible deterrent, but also as an effective coercive force, should the situation make it indispensable. In fact, an old saying goes "Speak in moderate tones, but bring a big stick with you". In essence, it is a question of strengthening - with a joint initiative - national defense capabilities to bring them to credible levels, if used jointly at the European level.

This objective should be achieved through the European coordination of military operations in support of foreign policy initiatives, the use of existing European financial instruments (the European Defense Fund), the rationalization of expenditure for the joint production of armaments and new European budget rules on investments, including those for defense, vital for the safety of citizens.

With this document, therefore, the will of the member countries and the European institutions of relaunch the integration process in the light of the challenges, old and new, to which Europe is called, and in response to the expectations of citizens. These expectations must be recorded and carefully taken into account for the purposes of the concrete actions to be undertaken, without pursuing unrealistic projects. Very important objectives for the safety and well-being of citizens and the defense of European values ​​have long been included in the treaties, but have so far remained largely unimplemented, due to the lack of political will of governments and / or of adequate legal instruments provided for in the treaties. themselves.

Until its complete realization, however, the Strategic compass it represents "only" a declaration of intent that will have to find further significant (and it is presumed tiring) convergence in order to achieve the stated objectives.

On the institutional level, for example, there is still no indication as to the regular meetings between the holders of the Defense Departments, which is essential for overall coordination.

On the industrial level, moreover, while on the one hand members are invited to increase budgets and cooperation in defense matters, there is no reference to the principles according to which European industrial production of armaments can be optimized. Yet, for figures spent, the EU is the third in the world (after the USA and China) but has a vast and extremely diversified catalog of armament material supplied, which makes it less competitive in terms of production coherence. This makes the European market less credible than the competition.

On the capacitive level, the document does not provide any concrete indication as to the overcoming of national political limitations that could hinder the creation, for example, of the aforementioned European rapid reaction capacity. Limitations that have so far made the process of generating forces for missions abroad quite difficult, as has been repeatedly stressed by General Graziano, president of the EU Military Committee (today, president of Fincantieri, ndd).

With regard to the development of a space strategy and capacity, Italy is carrying out a project, called "SIMONA" (Italian System Put into Orbit by NAve) which, as part of the National Military Research Plan (PNRM), intends to develop a system for the removal of an orbital carrier, before commanding its ignition, to be used on a naval platform. In this case it would be a question of employing Nave Garibaldi, which will soon reach the end of its operational life, as a platform for launching small satellites. It would be one innovative solution capable of giving prestige and strategic advantage to Europe and prestige to Italy, as well as guaranteeing significant economic and industrial repercussions (read article "Space, the new frontier").

Finally, on the level of European strategic autonomy, the Compass points to NATO as the main element of the security of the old continent. In this area, the aggressiveness shown by Russia has also led the EU to formulate the will to increase its nuclear defense by strengthening the umbrella of protection. This led, for example, to Germany declaring its willingness to acquire the F-35 aircraft.

In this context, taking into account the sometimes significant differences of views for the practical application of the principles on which convergence has been found, countries wishing to participate in a more advanced integration in the field of Defense could establish a "cooperation strengthened ”, governed by specific rules. However, it cannot be ruled out that possibly opposing countries may try to slow down the process even if, in the case of defense policy, the treaty provides that, in order to authorize enhanced cooperation in this sector (defined as "permanent structured cooperation"), the Council can decide by qualified majority. Enhanced cooperation which could be used by States which meet higher criteria in terms of military capabilities and which intend to take on more binding responsibilities for the most demanding missions.

It is therefore understandable that the Compass alone, despite the important declaration of intent, will not be able to guarantee European security without a coherent, lasting and sufficiently widespread political determination, which allows to keep the rudder steady in the indicated direction and, thus, to build a credible framework of deterrence and security for the peoples of the old continent, in order to averting the dangers that threaten Europe on the doorstep of its home such as, for example, the renewed Russian aggression, the conflicts in the Middle East and their regurgitation in the (enlarged) Mediterranean, the instability and insecurity of the African continent (read article "African instability and its geopolitical consequences").

The crucial point, therefore, is how many and which European states will recognize themselves in this European security project, which needs a significant critical mass to be effectively implemented. In the current historical contingency, it is a check to be done with a certain urgency. The alternative could be the definitive defeat of the European project as a whole.

i Maastricht Treaty, which entered into force on November 1, 1993

Between the second half of July and the beginning of August over thirty people died (including two soldiers ...
827
Read

In the course of the two previous analyzes we spoke first of the figure of the Prime Minister of Hungary, Viktor ...
8098
Read

India and China are the two major Asian powers and among the most important countries in the world. Their relationships are ...
1795
Read