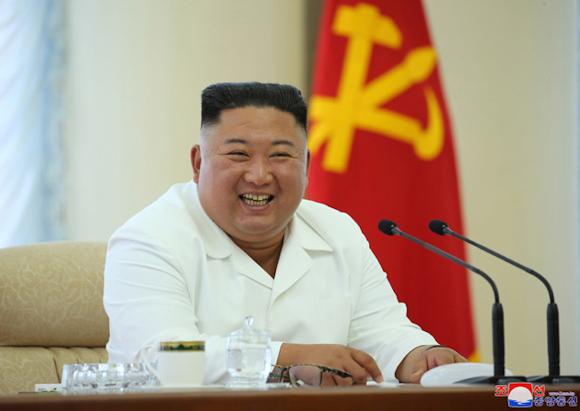 According to the rules of the house of geopolitical realism we start from the facts, from the geographical areas, to arrive at possible hypotheses; Pyongyang, keeping the promise made a few days ago, blew up the Liaison Office inter Korean in the border town of Kaesong just north of the 38th parallel, and now threatens to advance its forces in the demilitarized zone; a building with a strong symbolic impact for the south which, for its construction, spent more than USD 8 million, and which in its intentions should have contributed to avoiding the ever-looming risks of a war by mistake.

Politically it should be noted that the strongest positions were taken by the North Korean Army General Staff which has the intention of moving its forces within the demilitarized areas, transforming the border into a fortress and, at the level of staff, by Kim Yon Jong, the sister of Kim Yong Un, the latter recently the subject of unverifiable speculations on his health and who, long absent from the most significant public events, reappeared in the spotlight in early May.

Officially the casus belli, preceded by exchanges of defined firearms accidental, was provided by the launch from the south of air balloons containing propaganda material against the nuclear programs of Pyongyang and reporting the harsh living conditions; We are currently leaning towards a trio of alternative hypotheses: Pyongyang intends to press Seoul to intercede in Washington for a softening of sanctions; Given the risks of the virus crown, Kim Yong Un (or his sister Kim Yon Jong?) Does not intend to expose himself by leaving the burden of visibility to isolated threats and acts; North Korea, given the increasingly delicate situation between China and India, does not neglect to provide a media assist to the great ally, threatening retaliatory and effective actions that do not in any way consider the bilateral agreements concluded in the past, and which support the Chinese ambitions directed against the American hegemon.

The statements made directly by Kim Yon Jong, in addition to pressing South Korea, nonetheless highlighted his figure: that which Kim Jong Il, father as well as dear leader, defined his sweet Yon Jong, is rising with silent intelligence and ability to increasingly relevant roles, especially if one takes into account the state, Confucian and misogynist North Korea, little inclined to Western gender equality openings.

In summary, beyond the actual state of health of Kim Yong Un, the doubt arises as to who exercises effective and shared power with the FA, in view of the persistent economic problems, the difficulties associated with the pandemic and from which it would be useful to divert the population, from the opportunity to trigger a single controllable episode and not a conflict of larger dimensions in order to create a escape forward to work on.

What has been possible to detect is that the words of the sweet Yon Jong they have not been empty, but have been an expression of effective coordination; not only a valid and constant support for the brother whose image he takes care of meticulously, but also a Consigliori strategic. In this respect, it can also be assumed that this crisis has been prepared at least since March for extort without hesitation economic concessions from Seoul, still hesitant to share its intelligence with Tokyo.

Given the nature of the Hermit Kingdom, increasingly aimed at a militaristic nationalism1 rather than a purer Marxism Leninism, it is not excluded that other initiatives of particular resonance and aggressiveness must be awaited, as well as the implementation of the arsenal already available.

Strategically, therefore, ideology and spasmodic need persist to perceive an unassailable security but on its own and pervasive conditions, according to a paradigm that led Brian Myers to conceptually define North Korea not so much as a failed communist state but as a paradoxical right-wing political subject , and where it is essential that the economic structure continues to meet the needs of the military. From this particular point of view, both the tensions between China and India, increasing since May, and enlivened by continuous clashes between border troops in the Himalayan region of Ladakh and in the Indian state of Sikkim, and the frictions between the PRC are of significant importance. and Australia, determined to react to what Canberra has called Chinese coercion attempts.

The images of the terrible explosion in Lebanon have drawn attention to that troubled country. Although from ...
2642
Read