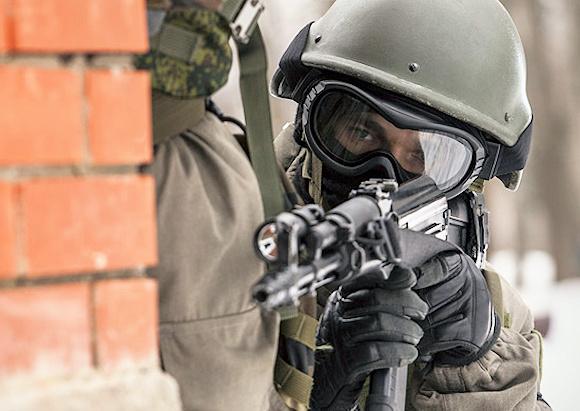 In the course of the events that have recently affected Kazakhstan, much has been said about the intervention, this time in the course of a great full-blown crisis, of the troops belonging to the Collective Security Treaty Organization (also known by its abbreviation in English language "CSTO" or Russian language "ODKB"). Although the CSTO is often referred to as the "Russian NATO", this definition is erroneous and completely fails to represent the unique characteristics of such an organization.

The comparison between NATO and CSTO is impossible if we think first of all of the different origins of these organizations.

Since NATO's “identity card” and “DNA” are well known, I will focus explicitly on talking about the CSTO in order to describe both its reason for existence and its modus operandi.

The origin of the CSTO dates back to the breakup of the Soviet Union, at the end of 1991. After a first, immediate, "intoxication", due to the proclamation of the independence of the various countries once constituting the "Communist Empire", the leaders of the "Successor states" began frenzied negotiations in order to forge new partnerships and cross collaborations. Needless to say, Russia was immediately involved in almost all the negotiating tables in order to be able to maintain a form of indirect control over the other post-Soviet states, collectively known as "Near Abroad" (Ближнее Зарубежье) according to a lexical formula coined by the then Minister of Foreign Affairs of the Russian Federation, Andrey Vladimirovich Kozyrev. 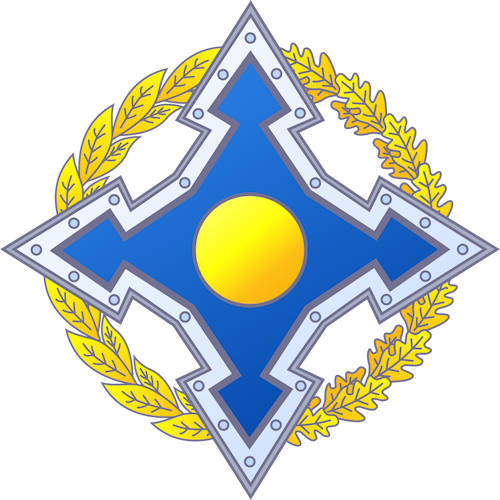 Obviously, one of the most pressing issues that needed to be solved was that of ensure overall military security.

At first, the post-Soviet states opted for the temporary retention of the Soviet Armed Forces which in 1992 became known as United Armed Forces of the Commonwealth of Independent States waiting for the military legacy of the "common state" to be divided among the 15 new republics. Subsequently, on March 15 of the same year, 6 of the 15 republics (Russia, Armenia, Kazakhstan, Kyrgyzstan, Uzbekistan and Tajikistan) decided to give life to a new military alliance with still rather "blurred" outlines which took the name of "Pact of Tashkent ”, from the name of the capital of Uzbekistan chosen to host the summit which ended with the signing of the preliminary agreements.

During 1993 Belarus, Azerbaijan and Georgia also decided to join, bringing the total of member countries to its historic peak of 9.

In 1994, finally, after two years of negotiations, the alliance officially entered into operation for a period of 5 years and the prospect of being renewed.

In 1999, Georgia, Azerbaijan and Uzbekistan opted not to renew the pact while all the other contractors did so by also introducing a series of changes to the statute that ended up establishing a real military alliance; the CSTO was now truly born.

As per the organisation's statute, the CSTO has the purpose of guarantee the mutual defense of the contracting parties from limited external military threats, combat terrorism and the illegal drug trade, guarantee the internal stability of the contracting countries by protecting them from any destabilization initiative that may originate from within or without. 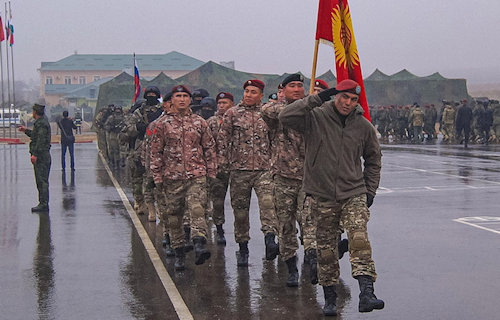 To avoid possible slips towards influences other than Russian, the contracting countries cannot join other military alliances at the same time. Furthermore, in order to open a third country base on its territory, the CSTO member country which is the subject of such a diplomatic-military initiative must first receive the prior consent of the other countries of the alliance. This was the case for Kyrgyzstan when the United States of America entered into negotiations for the opening of an air base (now closed) in Manas, in the period following the events of 11 September 2001. Or for Tajikistan when it entered into negotiations with India for the opening of two bases for the Indian Air Force respectively in Farkhor and Ayni (these are still in use today).

Over the years, the life path of the CSTO has been decidedly bumpy and not without criticism.

The alliance has never managed to shed the reputation of being nothing more than a tool for Russia to maintain control over its former "imperial" territories. Moreover, being essentially an agreement that brings together governments of an authoritarian nature, the CSTO does not enjoy the same "ideological compactness" within it as NATO, as there is no real community of values.

Being therefore a military alliance of convenience in which Russia plays a prominent role, the CSTO tends to be subject to pressure as well as to Moscow's strategic priorities. 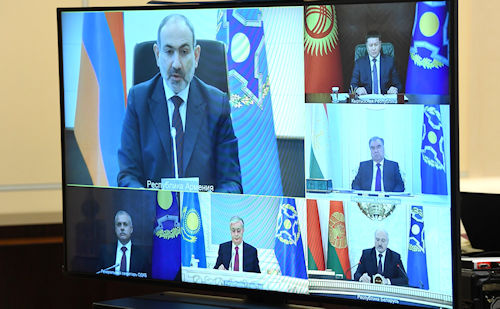 This is a very important point because when Russia's so-called "allies" found themselves literally "entangled" in disputes, even dramatically violent, with other states that are not part of the alliance or even with the other countries of the CSTO itself, Moscow has often miserably failed in its attempt both to act as peacemaker and mediator and to defend its allies victim of aggression. Examples include the frequent border clashes between Kyrgyzstan and Tajikistan where Russia has found it difficult to play a mediator role. Or the threats of war that Uzbekistan has repeatedly directed against both Tajikistan and Kyrgyzstan.

An extreme example is the ongoing conflict between Armenia and Azerbaijan. In fact, both during the border clashes in the Tavush province in July 2020, and during the Second Nagorno-Karabakh War between 27 September and 10 October 2020 and finally during the border clashes that lasted during the year 2021, the CSTO has failed to support one of its member states engaged in conventional warfare against a country that is no longer part of the alliance.

The rationale for all these hesitations on the part of the CSTO (or rather, on the part of Russia) is explained by the fact that Moscow has never abandoned the goal of reintegrating in a single sphere of influence (when not in the state itself !) all territories once part of the USSR. That is why the Kremlin leadership has always been very reluctant to use weapons to subdue other post-Soviet countries to its will as the examples of Moldova, Georgia and Ukraine show. 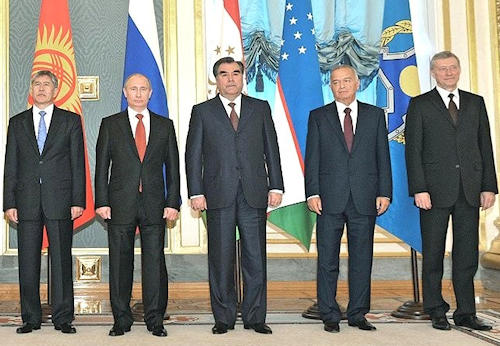 A consequence of this action is that the CSTO has found itself subjected to a "barrage of fire", at times even strongly supported, by the press and by public opinion or by the regimes of various member states. This is the case of Armenia, where the CSTO enjoys a popularity now reduced to a flicker precisely for not being able to support the small Caucasian republic during the very latest events that have opposed it to neighboring Azerbaijan, and it is also the case of ' Uzbekistan, which in the period between 2006 and 2012, had rejoined the alliance, but had then come out once again in controversy with Russia's overly “paternalistic” attitudes.

This is why on more than one occasion, the world press, in particular the Anglo-Saxon one, had mocked the CSTO accusing it of being essentially a "paper tiger", good only for organizing military maneuvers but substantially ineffective and absolutely unable to transform itself into a real "power multiplier" of Russia on the international stage as opposed to what NATO is for the United States of America.

Today, it seems, and albeit with a long delay, it seems that the Russians have finally realized the importance that military alliances play both as power multipliers and to act as useful "legal shields" to be used to mask the operations of the 'abroad. 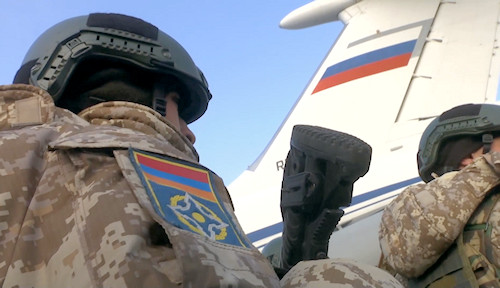 That is why when the government of Kazakh President Kassym-Jomart Kemelevich Tokayev was shaken in early 2022 by the most violent and dangerous protests in the history of independent Kazakhstan, instead of making the same mistakes that occurred in Ukraine in 2014, Putin this time acted in a manner intelligent and masked the intervention in support of the Kazakh regime de facto as a "peacekeeping" operation under the banner of the CSTO which in a short time deployed its "Collective Rapid Reaction Force" in the formation of which all states participated.

With the exception of Kazakhstan, which for obvious reasons had to massively deploy its Armed Forces, National Guard, Military Police and Police to crush the insurgency, the units deployed by the other countries were the following: 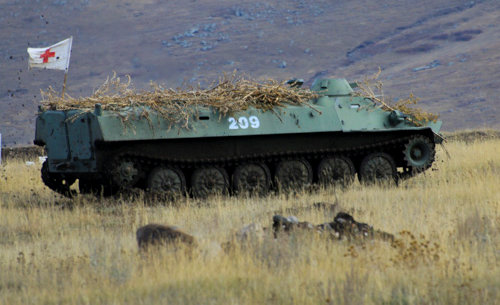 It is therefore evident even to non-experts that the official total of 3800 "peacekeepers" officially deployed on the spot is a ridiculous underestimate and that the real number of men sent to Kazakhstan from the other 5 CSTO countries is around 20-30.000 units .

The purpose of sending such a large number of men is actually simple, because the contingents of the CSTO countries have gone to garrison a series of strategic targets and sites in various parts of Kazakhstan in order to free as many as possible. of men of the Armed and Security Forces of the Republic of Kazakhstan who were then conveyed to the cities where the protests had gone completely out of control (as in Almaty) in order to implement a quick and brutal repression.

The outcome of this "mission" was so effective that, as early as January 13, President Tokayev was able to declare it a success, then announcing the withdrawal of the contingents of the allied countries which was punctually concluded 10 days later.

The success of Operation Kazakhstan has been full and, it is not certain that it cannot represent the "prototype" for other "peacekeeping" and "peace-enforcing" missions that will almost certainly become necessary in the coming years and decades in all territories of the ex-Soviet space, these countries being structurally weak and still afflicted by the same economic and social evils accumulated in the 30 years that have passed since the fall of the USSR. 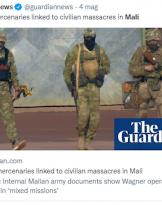 In politics, where the iron law of the balance of power is in force, every space previously left empty is ...
1496
Read 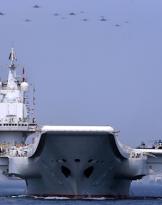 Russia and China see the Western response to the military invasion of Ukraine and the threats of a future invasion ...
2743
Read 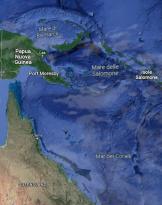 China and the Solomon Islands signed a security agreement in April which, in the event of a threat to the social order ...
2992
Read 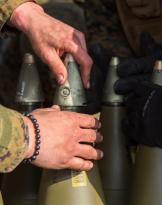 Despite the persistence of the conflicts that have continually followed one another after the end of the Cold War, also ...
6026
Read 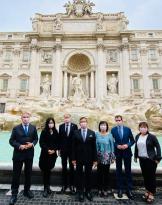 A meeting between the ambassador of the Representative Office of ...
1148
Read 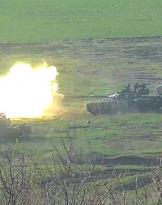 The Russian forces, now led by General Dvornikov, are making the same old mistakes in a new way: they fight ...
17721
Read 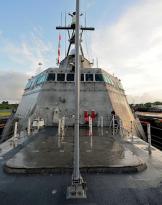 In its project of assault on world power, China does not skimp on means and, despite difficulties and obstacles, launches ...
3344
Read 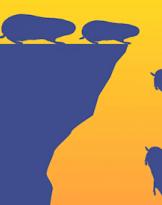 The "lemmings" - for the uninitiated - are small arctic rodents that migrate in large groups across the tundra ...
10126
Read 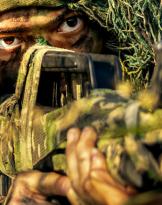 Along with aspects of the war in Ukraine, interest has returned to the situation in Taiwan, an island claimed by the ...
6024
Read 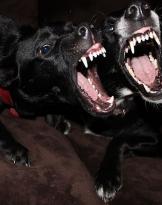