Home geopolitics Analysis We did it: Turkey is official ... 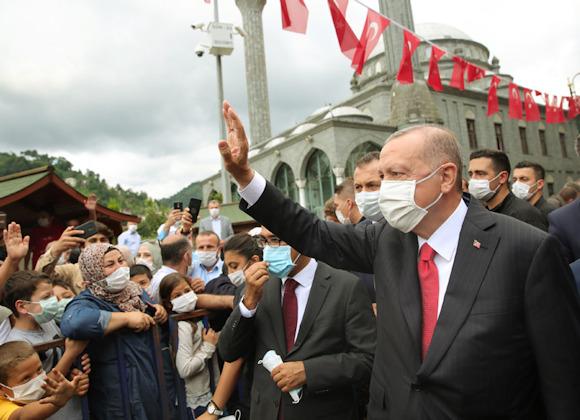 Although the news passed quietly on the Italian television networks, a very serious event, which over time we will have to suffer the consequences from a geopolitical and economic point of view, took place on August 17, 2020 in Tripoli. Turkish defense officials Halusi Akar and Qatar's Khalid al Attyha signed an agreement with Tripoli Prime Minister Fayez Al Serraj thanks to which part of the al-Khums port will be transformed into a Turkish naval base with a 99-year concession. Under the same agreement the Turkish military air force will be able to use the al-Watya air base in Western Tripolitania. Qatar, on the other hand, will manage the reconstruction and rehabilitation of all security centers and Tripoli destroyed or damaged during the last war including the reorganization of the army. Naturally in symbiosis with the Turkish forces.

It is interesting an unconfirmed rumor that training centers will also be located in Qatar where, in Doha, a headquarters for GNA militants will be built. According to Libyan TV sources, it was also agreed to establish a tripartite coordination center (Qatar, Turkish and Libyan) which will meet monthly in Misrata at the level of chiefs of staff.

With the signing of this agreement, Turkey has in fact achieved its objective of enlargement in the Mediterranean in order to guarantee the exploitation of a North African and maritime area of ​​great importance. Libya is in fact a country rich in oil and gas reserves that borders on important trade routes in the Mediterranean. A country of strategic importance for the Mediterranean with a long and troubled history in which the destinies of Turkey and Italy have met several times. Historically Tripolitania was ruled by the Ottoman Empire from 1551 to 1912; improperly called the Kingdom of Tripoli from 1711 to 1835 in reality it was an Ottoman province led by a pasha (governor), always a member of the Karamanli dynasty. In addition to the central territory of Tripolitania, the Cyrenaica region was also part of the domain of Tripoli as it was governed by the same pasha. 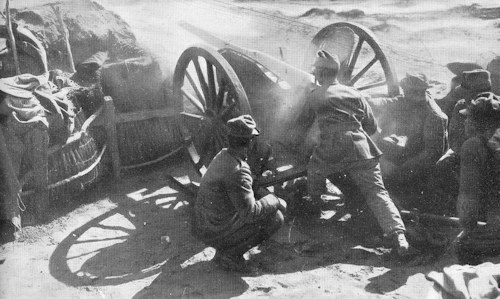 It was with the outbreak of the Italo-Turkish war (1911) that Tripolitania and Cyrenaica were annexed to Italy (together with the internal region of Fezzan) with a royal decree of November 5, 1911, later legitimized by the Treaty of Lausanne which was signed October 18, 1912 between the Ottoman Empire and the Kingdom of Italy.

In those years a patriotic piece of music "Tripoli bel suol d'amore" written by Giovanni Corvetto in 1911 shortly before the Italo-Turkish war and composed to propagate the imminent war of the Kingdom of Italy against the Empire was famous Ottoman for the conquest of Libya. Notes now forgotten, blown away by the impetuous winds of the east.

At the time Libya was considered a fertile territory in which wheat and fruit could be grown, rich in sulfur deposits, and an outlet to stem the great emigration to overseas. The Italians went there, colonized the land that was not dry with results. but they did not discover the true wealth of the subsoil, the oil. We know its recent history: from the advent of Moammar Gaddafi, the expulsion of the Italians, the visionary politics of the maximum leader up to his ruinous fall that led the country into chaos.

What is happening in Libya now?

After more than a hundred years, the Tripoli Agreement of 17 August 2020 has effectively transformed Tripolitania back into a protectorate under the control of Turkey and its allies, undermining Europe's weak efforts to create neutral zones in Sirte and at Jufra airport. , occupied by the forces of General Khalifa Haftar and his allies. This historical event is the consequence of the active politics of Ankara, present in the Libyan territory already at the time of the dictator Gaddafi. Turkey in recent months has provided support to the Government of National Accord (GNA) both through cooperation agreements (with an estimated volume of investments in several billion US dollars), and military to oppose the advance of Khalifa's Libyan National Army Haftar who enjoys the support of several countries politically not close to Turkey. 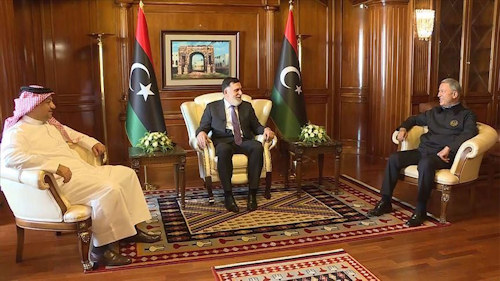 In that tormented country we are witnessing the struggle between two factions, aimed at grabbing the huge resources that, under Moammar Gaddafi, had perhaps found a possibility of a more equitable exploitation. A too rich booty that certainly was tempting to some countries which, strange case, after having contributed to the fall of the dictator and brought the country into the current chaos are now lined up in the two blocs. There are those who also see the existence of a political motivation between the two sides as Turkey, which supports the GNA, has always supported Libyan groups close to the Muslim Brotherhood during the civil war that led to the fall of Gaddafi. On the other hand, support for Khalifa Haftar comes from Saudi Arabia, the United Arab Emirates and Egypt, which consider the Muslim Brotherhood a strong threat to their stability. A mess that also sees Russia on Haftar's side which, after having settled militarily in Syria, can now count on a powerful Mediterranean fleet supported by an efficient naval base, and an ever-present, even if often ambiguous in its behavior, France from always interested in oil wells.

But this undoubted political success of Ankara is not only linked to the Turkish political machiavellian but also to a political demerit of the Italian government which, despite being in possession of an important Navy (one of the most important in the Mediterranean Sea) has downgraded its role ( at least in its use) to support Armed Force. A lack of decision-making or an incomprehensible wait-and-see in a sensitive situation like the one we have been experiencing in the Mediterranean for years now. A deterrent naval deployment in Cypriot waters in support of the SAIPEM vessel would have immediately clarified our policy to protect our oil interests in the Eastern Mediterranean, mitigating the claims of the Turkish Allies. The same could have happened with a more decisive policy on Libyan territory, applying, without much imagination, the same policy of widespread integration used by Ankara.

From a military cooperation point of view, we would have had the advantage of years of military collaboration, carried out with training courses for Libyan officers, non-commissioned officers and soldiers, and not least with activities in support of the population such as the Misrata military hospital. It is disarming to learn from the press that this Italian military health landmark has suddenly become uncomfortable as it is too close to the next Turkish naval base and that we were warmly invited to change areas allowing space for our health workers (who at this point would have been very useful in the homeland for the COVID 19 emergency) in other local hospitals. All this on the basis of an agreement announced by Minister Lorenzo Guerini last August 5, concluded at the end of a bilateral agreement with President al-Sarraj. On that occasion Guerini affirmed "We are fully prepared to immediately start the further cooperation initiatives defined today. In recent years we have made important efforts to develop civil / military collaboration with local authorities that we will develop with renewed commitment".

What are these important activities, if only to safeguard our interests? With some apprehension I read "Reclamation and demining of improvised devices", requested by Libya to our specialists, among the best in the world. Certainly an important activity for reconstruction but… for whose benefit?

The advantages seem to fall only on the Turkish-Qatari coalition that will find clean airports and roads, while at the end of this mess we will not even have crumbs left if not the thorn in the side of migrants who will continue to find a good point in the sunny Libyan beaches of departure.

Photo: presidency of the republic of Turkey / web / Anadolu Agency / ministry of defense

As was widely expected, during the Summit of NATO Heads of State and Government in Madrid, Finland and Sweden ...
2523
Read