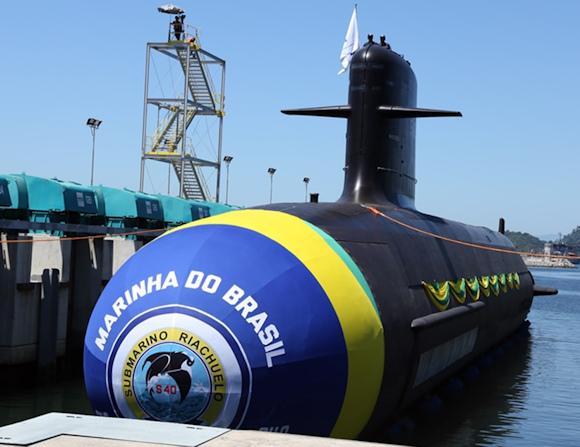 Stereotypes brand people and things, even nations. Brazil leads to Carnival, to football, to a set of common places that often do not correspond to reality; for years it has been associated with maracanazo day, to the goal of the Uruguayan Ghiggia who, at 79 'of the 1950 World Cup final, forced the Brazilian newspapers to reprint the first pages with nunca corn, never again; the psychodrama was such that the Uruguayan captain Varela retained the remorse of a people's despair. In the 80s, director Terry Gilliam found inspiration for his film during a walk along the Port Talbot beach. Brazil looking at the dark dust of the blast furnaces, the setting sun, and imagining an old man listening Aquarela do Brasil, the only song capable of evading that gloom.

And then there's the other Brazil, the real one, more South American and Latin; a Brazil that has always been attracted to geopolitics by geographic extension and frictions with neighboring nations, in particular Argentina, hidden from the European style, its Nobel laureates and criticized for Peronism. A Brazil suffering from siege syndrome to be broken by intervening, as in Allende's Chile or the Falkand War, on the dynamics perceived as dangerous, except to be repaid with the Argentine boycott of his aspirations for a permanent seat in the UN Security Council.

Portuguese and then Brazilian politics consolidated its own geopolitics by cultivating ideas of power structuring on regional and global levels, and undergoing the charm of geography before the theories of Mahan, Mackinder, Spykman, so as to direct its expansion towards North, South, towards the continental countries and those of the Plata Basin, and now towards the western African coasts thanks to the Lusophone countries1 which would facilitate political-military expansion, and in the Indo-Pacific region by exercising maritime power blu2.

The evolution of the fleet began in 2008 with the help of French Naval Group, providing for the preparation of 5 submarines, including 1 nuclear by 20293, and continuing in 2019 with the Mansup anti-ship missile test, an entirely Brazilian weapon system. Brazil inspires distrust, given the demographic power and nuclear ambitions, entrusted to Admiral Bento Costa Lima Leita, energy minister. At the end of the military regime in 1985, geopolitics assumed further relevance, given both the interests aroused by Brazilian resources in the world of large capital, and the latent conflict with NGOs who wished for the internationalization of the Amazon, especially after the fires of 2019. 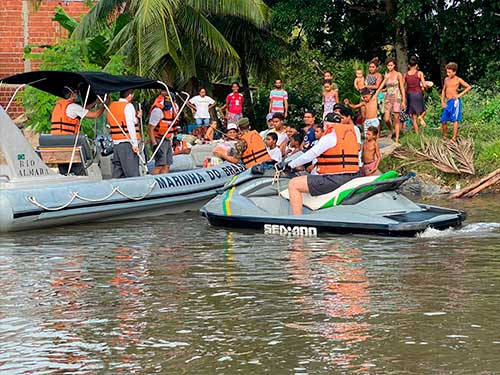 Guide for emerging countries or beacon for the Third World?

The golden green giant wants to fly high, but is weakened by statism, social inequality and too ideological political approaches that anchor it to a modest international role. Continental cohabitation is made of ups and downs, regardless of the color of the governments in charge: thearistocratic Brazil for i suramericani è tomorrow's Argentina; a cracked vision from joining the BRICS4, but supported by the interdependencies between the members of the Mercosur Treaty5 1991 now in synergy with the Pacific Alliance, which Brasilia looks forward to. Brazil cannot allow the Argentine default: it would create a empty filled by China, a destination for the export of raw materials and which creates ambivalent feelings: fear of industrial competition, and expectations for the possible creation of rail links between the Atlantic and the Pacific as an alternative to Panama.

Brazil before Bolsonaro it suffered from an economic slowdown caused by international economic conditions and by government interventions that led to the flight of foreign capital. The growth, due to the combination of demand for raw materials and recourse to credit openings and not to Lula's social programs, stalled due to a lack of infrastructure, production inefficiency and the drop in Chinese demand. The state of crisis has facilitated the rise of Jair Bolsonaro, longtime political outsider anti establishment, supported by the 3 B alliance: Gospel Bible, landowner ox, Bala6 military. Former officer, after numerous changes of jacket he landed at the conservative nationals; known for his radical positions and sympathizer of the military junta, he made his style direct and simplifying, however, not functional to the more complex real political exercise. His foreign policy thrives on precarious balances: he shares the US policy onimpasse Venezuelan but without speculating on the use of military economic interventions; addresses the demand for greater American trade relations but looking at the risks associated with maintaining economic relations with China.

Brazil also means BRICS, especially in the time of COVID, where the BRICS (obviously) support WHO which is subject to harsh US criticism.

The first year of Bolsonaro showed a beginning of recovery accompanied by many intentions: pension reform, necessary for keeping the budget, and a reduction in public spending accompanied by fiscal tightening and expansive monetary policy. This up to the COVID storm, which highlighted the limits of an area conditioned by China, not willing to grant necessary structural loans to all Latin America and the USA; a drop in Chinese demand and in the price of oil led to the collapse of the stock exchanges and a downward estimate of GDP, highlighting the difficulties in absorbing the shock. In this context, the military is given an increasing governmental role. 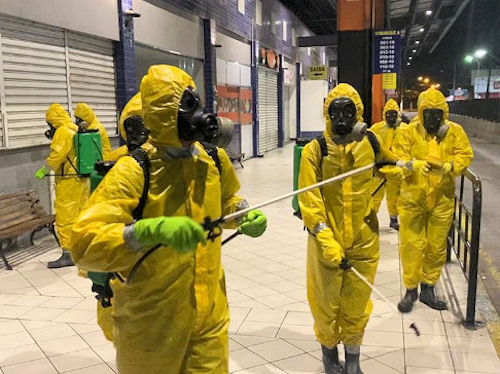 Bolsonaro, aware of the risks resulting from the stoppage of production activities, first publicly denied viruses and contagion by encouraging the reopening of the activities, only then partially retracting but remaining increasingly centered on the focus of the looming economic debacle rather than the progress of the virus among the population, for which the Minister of Economy Guedes granted a basic subsidy of 600 Real7 for 3 months. The presidential position, also weakened by the investigation of Bolsonaro's children, has provoked both political reactions from some Governors8 both institutional by the Minister of Defense, General Fernando de Azevedo and Silva, dynamics which, by isolating Bolsonaro, are re-evaluating the military apparatus, cleared by the President but not always in harmony with him, and with which he nevertheless sympathized on the occasion of the intervention by the Supreme Court which blocked the appointment of the new head of the federal police, an act deemed inappropriate because it belongs to the executive power.

It cannot be excluded that the FFAA have taken on a more significant role, thanks to General Villas Boas9 and to the Minister of the Civil House, General Walter Souza Braga Netto, which would testify to the end of the usefulness of Bolsonaro once the former presidents Lula and Rousseff died, but with the bogeyman of a impeachment which, with the pandemic in progress, led the opposition to believe the rise of the vice president, the moderate general Mourao, of continuity and not of rupture.

In fact there are stratified criticalities, "... the health, the institutional breakdown and the diplomatic clash with China fueled by the declarations .. of Senator Flavio Bolsonaro10. The institutional crisis and the relationship between powers paralyzes decision-making processes. "11

Brazil, which risks becoming the epicenter of infections and which has already exceeded 10.000 deaths12, has a health system that is not accessible to everyone and is about to collapse together with the penitentiary one, also by virtue of the double resignation of the ministers of Health (Mandetta and Teich) in irremediable dissonance with the president, who has come to short notice, for alleged management interference of the Federal Police also with the outgoing Moro Justice Minister.

The situation is grafted into a general framework in which the US, as always careful to contain the possible rise of a regional hegemon, observes a chaos that further divides continental governments.

9 Advisor to the Institutional Security Office of the Presidency of the Republic. Affected by amyotrophic lateral sclerosis, his intellectual abilities are intact. Considered a moderate, it helps limit any identification of the FFAA with the government.

10 Son of the President

The images of the terrible explosion in Lebanon have drawn attention to that troubled country. Although from ...
2641
Read