Strategic waiting. The German contradictions at the end of the Merkel era 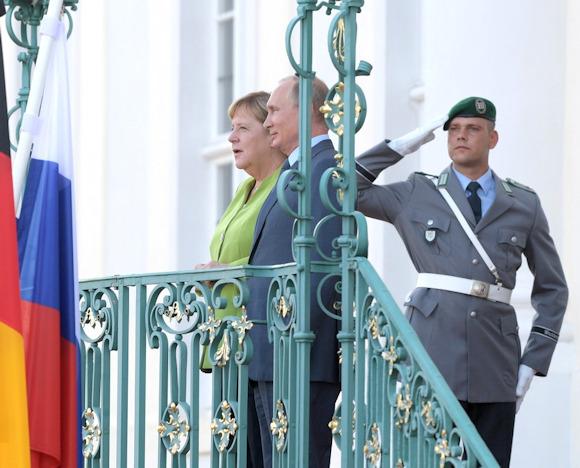 Elections for the new chancellor will take place on 26 September 2021 in Germany. Angela Merkel will not participate in them, thus concluding her experience of government, which began with her first mandate in 2005. The conflicts of power and therefore the geopolitical dynamics, in which her long chancellorship took place, require strategic responses that the chancellor did not give. This lack is mainly due to a deficit of identity and strategic thinking, without a recovery of which it is impossible to act at the height of one's geopolitical stature.
These deficits are rooted in the geopolitical fault that conditions the existence and action of the German community. A geopolitical fault can be a leap upward, a rise with one's own strength, a decision to be, or an abyss, a strategic suicide, in which the country itself dies or risks dying.

In any case, the geopolitical fault for Germany today is the defeat in the Second World War, fought against the Allies. It is a geopolitical wound that deprived it of the "upper" part of its sovereignty, relegating it from 1945 to being part of the US power system. This condition cannot be changed. In that fault, however, not only the flesh of today's Germany was generated, but also the spirit: the Americans wanted to sterilize the German people as a geopolitical subject, that is, from their point of view, to create an identity functional to their strategic objectives of superpower.

The basis of any superpower strategy is to prevent a regional country from becoming the pivot of the continent to which it belongs. The US does not want the Germans to deal with their past, because this would make them a power again, given the nature and resources of the community in question. So they took the past from West Germany, criminalizing it tout court, thus disguising the following imperative with morality, that is to unaccustom it to strategic thinking, because it is always used for a destructive power (actually contradicting US domination).

By creating a deficit of historical continuity, the US has generated an identity deficit. It was necessary to create a new and functional one. If you are not the past, you are the present, so economic power is allowed, making the German economic system the fulcrum of an identity which, as guilty, can only exist in a post-historical, post-national, pacifist form. , geopolitically dissolved in the European Union in NATO… and rich.

The German economic model, for the Germans, is not just an instrument, it is rather the Order, an end in itself, a moral in itself ... identity. And because Germany truly believed that money could create the German "we", it fell into the trap.

Germany is, for the US, the most important country on the continent, most important for their domination. Therefore they contradict the convenience of opening up to a rival, Russia, which faces Europe, to use it against the other, China, which does not rest there. The US fears that a sovereign Germany would open up to Russia, with which it is complementary, being able to combine the first industry and technology and the second energy, in essence a potential German domination of the continent. The absolute strategic need to separate Germany from Russia is not only American, but it is historically a constant of the strategic grammar of any geopolitical subject who wants to act as hegemon.

Not having understood these dynamics, or having strategically ignored them on the contrary (this is the US suspicion), the Chancellor has hurt the interests of her hegemon, giving geopolitical possibilities to Russia and China, mistaking them for economic opportunities. At the first, allowing you to bypass the countries of central-eastern Europe, bringing the gas directly to Germany with the start of the laying of the gas pipeline Nord stream 2 (waitistically almost finished), passing through the Baltic Sea, the second, engaged in an ascent against the USA, have more or less provided shore for the silk roads, an attempted geopolitical counter-globalization that seeks to take Europe away from America, through an ideal landing place for the project in Germany, the heart of the continent and the dominion over it.

By giving space to Russia it has made the countries of Central and Eastern Europe more insecure, whose resentment towards Russia is decisive.
Considering its own economic model in an identity-moral way (mix of ordoliberalism and mercantilism devoted to exports), Germany does not understand its geopolitical harmfulness. The Germans use exports to collect trade surpluses not redistributed to the euro countries, but used for their own welfare, necessary to keep together historically disparate German populations, which impoverishes the European partners. Instead, if he wanted to be the pivot of a system, he would have to redistribute the suprlus and partially take on their debts - the recovery fund it goes in this direction only if Germany implements it with a geopolitical mentality, that is, as a stable, not occasional sharing of the European malaise, otherwise it is only an instrument that keeps the euro alive, for German well-being.

A system center buys the goods of countries to keep them tied to itself, instead of impoverishing them. Here, too, the US fears precisely this, the beginning of a phase of assuming responsibility as the center of an area of ​​geopolitical influence, tolerable only if it is deployed in favor of the US in the decisive battles they are fighting, but not knowing Germany itself. the geopolitical sense of its action makes the US suspicious, rather than creating realistic spaces of greater autonomy. Furthermore, living on exports, Merkel has not in any case endowed the country with armed forces capable of guaranteeing the maritime routes that make it possible, thus exposing itself to commercial blocks of a geopolitical nature.

The most important strategic criticality concerns the resistance of the German populations and the identity crises generated by the degermanization extended to East Germany with the reunification in 1990. There the Soviets had allowed the recovery of a certain identity depth, provided it was socialist. Everything that was not black, Nazi, was reinvented red, then the myth of imperial revolutionary Bismarck was created, Weimar Germany as red Prussia ... The attempted degermanizing suffocation where in reality a certain idea of ​​a national state had remained, leads in 2013 in the former East Germany at the birth of a nationalist-identity party, alternative for Germany (Afd), which supports the recovery of German identity, to the point of acquiring a Nazi radicalism.

The eruption of the theme of identity also in parliament, where Afd was elected in 2017, brings to the surface the theme of the ethnic-historical inhomogeneity of the German people, first and foremost East-West, also because it is accentuated by greater poverty in East Germany and from the theme of migrants. In fact, Merkel opened the doors to a million refugees in 2015, only to realize how unmanageable such a phenomenon was and therefore used the European Union to pay the Turkish president, to block migrants in Turkey. From this episode Merkel's attitude emerges even more, for which, when strategic well-being evolves (or involves) in strategic criticality, the deficit of strategic thinking and courage make them respond with strategic expectation. Because he doesn't know and / or because he doesn't want to.

Ultimately, the community is divided between that more Americanized part, absolutely unwilling to pay the price of a geopolitical leap towards a realistic power, aware that, given the current German strength, neither total coincidence nor total rupture between national interest and American and European interests and those who instead want a nationalistic recovery of their identity, which in reality would create more than new autonomy, a strategic contradiction with the aforementioned fault. To both, the strategic wait has not given answers, causing a radicalization of the parties, between greens, non plus ultra of post-national and post-historical convictions, and the extreme right. It therefore leaves a country without answers in a geopolitical world no longer symmetrical to its reluctant power.

As was widely expected, during the Summit of NATO Heads of State and Government in Madrid, Finland and Sweden ...
4104
Read

The international situation is evolving rapidly and there is no country that does not have to adapt. In an area of ​​course ...
8383
Read