Home geopolitics Analysis Al Zawahiri, the end of a king in the flames of ... 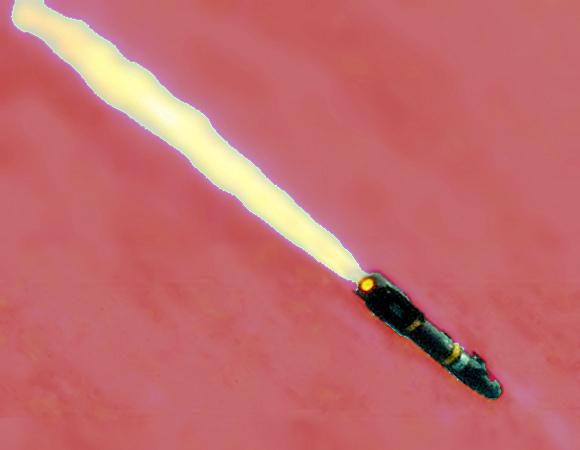 Al Qaeda loses its subtlest mind; as in a Tom Clancy novel, al Zawahiri was eliminated by the 2 missiles Hellfire launched from a drone.

These lines are not intended to be hagiography, they certainly cannot and do not want to be, but there is no doubt that the death of a leader always raises questions and questions since, moreover, Zawahiri, with a clever game of disinformation, had already been left for dead on several occasions.

An Egyptian, radical but with a wealthy social background, at 06.30 on Sunday the LEDs of the 25 million bounty placed on his head by the USA began to shine in Kabul in the Sharpur district, mingling with the blaze of missiles.

Abbottabad in Pakistan, where Osama Bin Laden died is a memory, now the focus shifts to Kabul.

For Biden the event features two commodities of no small importance: firstly the popular approval at the mid-term elections, secondly an impact scenic perspective that distances global attention from the wavering diplomacy of the speaker of the Congress in the Taiwan Strait.

A Taliban spokesman expressed the protest1 of the government in office, appealing to the Doha agreements which, in paving the way for the mullahs' triumphal entry into Kabul on the one hand, and at the airport gates to the mortifying retreat of the stars and stripes military, prohibit attacks conducted by Washington on Afghan territory. Unfortunately for the mullahs, it must be considered that the agreement provides a Taliban guarantee that Afghanistan will not be used by Al-Qaeda, Isis or other terrorist groups, and it must also be considered that the presence of Zawahiri can only be considered like one clear violation of the agreements, especially by those who have seen crashed planes and victims thrown into the void.

All this brings, for those with memory and desire to deepen, to a parallelism with the Eichmann operation, carried out by the Israelis in Argentina, without forgetting the proximity to Pakistan, dominus more than interested in Afghan developments. Among other things, confidential sources report that Zawahiri was hidden in a building owned by a major member of the Taliban regime, Sirajuddin Haqqani, who seems to be crying, as victims of the American attack, son and son-in-law.

The US has changed pace in its strategy, and unlike Abbottabad, has privileged a UAV to special forces, delegating operation and support to the CIA with the collaboration of the Pentagon and under the supervision of Jake Sullivan, National Security Advisor.

With Sunday's strike, the US put an end to a hunt that lasted more than 30 years, or even before that the Doctor (graduated from medical school in 1974) collaborated with Bin Laden in the attack on the Twin Towers.

The subversive activity starts from Cairo fueled by the writings of Sayyd Qutb, reaches Israel and the American enemy, never too far away. However, time does not forgive anyone, and even Zawahiri's influence on Salafi Islam loses its edge; but this does not mean that Washington forgets him and actually relaunches him, demonstrating that he can continue to strike in a territory that has been abandoned by his troops.

Zawahiri's resume as a terrorist is highly respected, and since the assassination of President Sadat in 1981, thebelonging to the Muslim Brotherhood brings his name to the attention of the security services, who found him again starting in 1996, as demonstrated by the subsequent attacks on the US embassies in Kenya and Tanzania (over 250 victims), and in Luxor (62 victims), which alone earned him the Egyptian death sentence in absentia. In 2006 he escaped a first American raid in Damadola, a Pakistani village adjacent to Afghanistan.

The journeys he makes lead him to Peshawar, then to Saudi Arabia: he seeks sources of funding contextual to the hiring of the leadership of the Egyptian Islamic Jihad in 1993 which ignites an insurrection campaign that leads to the deaths of more than 1.200 people.

Zawahiri's handwritten anecdote to remember: in 1996 he was captured and detained for at least 6 months in Chechnya by the Russians, who released him having failed to translate the Arabic texts found on his computer. Assumed to command duties after the death of Bin Laden, who brought charisma and money, Zawahiri makes tactical skills and organizational skills available: in short, a less showy man but of indispensable usefulness, who nevertheless remains completely displaced by the inability to empathize that allow it to control the various peripheral branches, such as in Syria.

The king (another) is therefore dead. Long live the king?

A tangle. Hamza, the son of Bin Laden and the dolphin designated for the succession, has long since been killed with one strike plane, according to the same interesting paradigm, General Pasdaran Qassem Soleimani. There is little wonder: the Sunnis of al Qaeda, despite mutual and deep mistrust, have benefited from the providential Shiite support of the Iranian Ayatollahs who still hold the Egyptian Saif al Adel, a former colonel with a size of 10 million and now destined for succession Qaedist in direct line, unless they succumb to new suitors not bound to stay in Iran who, in the light of the killing of Abu Ibrahim al Hashimi al Qurayshi by the American hands and the elimination of the Egyptian Abu Muhammad al Masri in the streets of Tehran would do well to watch over his own guests.

Theoretically Iran and Al-Qaeda are separated by an ideological moat, given the Persian Shiism of the former, and the militant, Sunni and Arab vision of the latter, but we cannot forget the convergence of reciprocal and coincident conveniences: in short, a help with juicio. According to Daniel Byman, a professor at Georgetown University's Walsh School of Foreign Service, depending on the political climate, Iran he would be happy to sell Al-Qaeda, but only at the right price.

If al Qaeda is operational, however, one should ask oneself what is, in the light of these events, its ability to react, perhaps associated with a precise strategy of silence that takes into account the death of full-blown leaders, the emergence of Isis on which to download the impact of the Western counteroffensive, and of the message of the Arab Springs which, albeit with evolutions still in progress, challenge the radical message of the inevitable use of violence and demonstrate the need for the support of the masses, in spite of the various elite sectarianisms .

Did it all end like this? No, another name that we will probably hear again should be marked, that of Abdullah Bin Laden, Osama's eldest son who, according to a report by the UN Security Council, from Saudi Arabia went to Afghanistan in October 2021 meeting, thanks to Amin Muhammad ul-Haq Saam Khan2 the main Taliban leaders.

It is evident that the Taliban still support Al Qaeda, which has given its support to the reconquest of the country. At this moment, in the face of a more moderate faction that would abandon al Qaeda for more fungible international recognition, it is more certain that any link will be denied to reassure China and Russia, and to maintain operations and leadership ready to attack the led West again. from the umpteenth re.

1 According to the Jerusalem Post, Zabihullah Mujahid condemned the US action, calling it a violation of "international principles".

2 He coordinated Osama's security in Afghanistan

Between the second half of July and the beginning of August over thirty people died (including two soldiers ...
822
Read