Home geopolitics Analysis Afrin, the fault line of the conflict is ...

Afrin, the fault line of the Syrian conflict 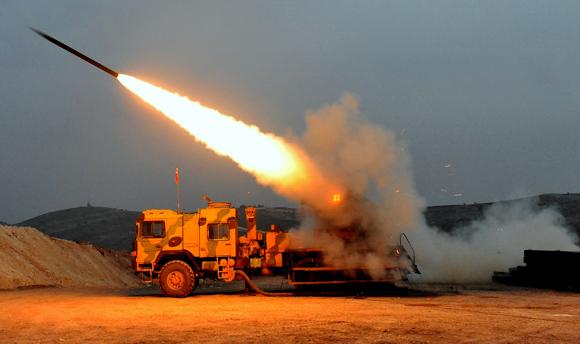 The war activities that have affected (and are still inflaming) the MO seem to have two characteristics that unite them: denominations that recall Gospel scenarios and devastating effects at the international level; from the "Peace in Galilee" the focus has in fact temporarily shifted to Kurdistan Irakeno, with a not too reassuring "Olive branch".

I playersin spite of the relatively limited extent of the area involved there are many, of unquestionable thickness and animated by strategic motivations of considerable caliber. On the Syrian green table, Turkey was the player who raised by betting - at the moment - more; if we then take into account the methods adopted, we can well understand the extent of the mail. President Erdoğan, in defending his national interests, decided to undertake the politics of the accomplished fact, that is a series of actions that, giving substance to the politics of Turkish power, are nothing but provocations in systematic disregard of the assumptions of international law and of the diplomatic rules. The operation in Syrian Kurdistan, the prolonged blockade of the Saipem 12000, the ramming of a Greek naval unit, the interests pursued in Libya - with the support of the Islamist and radical opposition - and in Somalia, and not least the challenge brought to the EU by blackmailing refugees held in Turkey, can be seen as risky bets launched on multiple tables.

Turkey, driven by its strategic depth doctrine, has shown two intentions: to facilitate the fall of the Syrian regime and to contain Kurdish autonomous aspirations; if the first purpose was nullified by Russian-Iranian support for Assad, the latter continued to aim for the isolation of the Kurdish units of popular protection (JPY), armed wing of the Democratic Union Party, in the city of Afrin, in the north western Syria. The Turkish Olive Branch aims therefore to prevent the northern Kurdish areas from bonding together to form a state entity, albeit in an embryonic state. 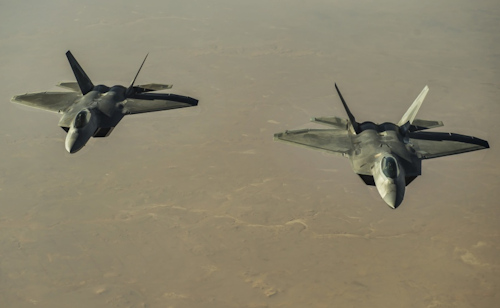 Afrin, in fact, has risen to a fundamental piece in the Syrian mosaic, a card that, if in Kurdish hand, can prevent the formation of the buffer zone considered essential for security for Ankara. If Assad has been able to count on Russian-Iranian aid, the Kurds have, however, been able to rely on US support, ready to support every effort to eradicate, thanks to the contribution of the peshmerga, the Islamic State.

Although Russia has not officially expressed its favorable opinion of the Turkish intervention, it seems very unlikely that Moscow has - at least informally - given assent to the operations in Afrin, also taking into account the strong presence in the area of ​​its soldiers that, indeed , appear to be increasing according to a trend that has seen in the past protagonists Americans and from which both Obama and Trump have intended to free themselves. Just the US military presence in the quadrant of Afrin and Manbij gave way to Russia to attribute to the Americans, believed guilty of the attempt to create an inclusive border force of the Ypg Militias, the responsibility of the failure of the de-escalation theorized in Astana by Turkey, Russia and Iran.

The first considerations that can be drawn from the evolution of the Syrian situation concern, therefore, first of all the insurgent contrasts between the main actors who, having failed the motivation of the fight against Daesh, rediscover each the divergence of their geopolitical points of view; secondly, there emerged a prolonged and significant absence of the American political subject, ever more tense to look at the Pacific theater with the pivot to Asia of Obamiana memory. From this point of view, and so long as the Islamic State will not be finally eradicated, Ankara will continue to take the utmost care not to obstruct the Russian projection in the area. 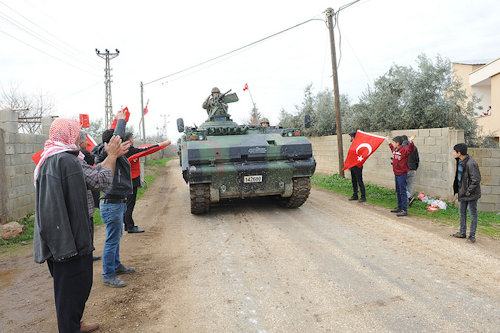 But what should - and must from now - look at Erdoğan? First of all by a possible resurgence of terrorist acts on its territory, by the intervention of Syrian regular troops and, subsequently, by the objective difficulty of keeping alive and paying the game started on all the other tables, not least the more strictly Mediterranean one. The arrival of the Syrian forces in the Afrin area, in fact, if on the one hand can be seen as an element of stabilization, on the other it raises the unknown of the Turkish reaction that will not cease from attacking Afrin if an intent is revealed to allow the defense of Kurdish positions.

If it is true that the action of Ankara is to be interpreted as yet another violation of the norms of international law, and if Syria - as it is handheld it - will not intend to give up anything of its legitimate sovereignty, it will still have to be reevaluated the political position of the PKK that receives support from the USA and controls both the Afrin District and the Manbij District.

The Kurdish leadership, over the years, has never failed to point out deep frictions with Damascus; considering however that relations with Moscow - Assad's strategic ally and eager to collect the expected political profit for his intervention - have never been interrupted, how will the government soldiers called to oppose the Turkish militia be welcomed? Russia will necessarily have to act as a mediator between the parties, given the particular geographical position that assigns to the Kurdish faction the control of the most valuable resources of the country. Even if Assad, obtended neck, has "opened" to a relationship no longer conflicting with the PKK, would remain a regional problem of no small regard: the Syrian intervention, supported more or less directly by Russians and Iranians would lead to inevitable friction between the powers guaranteeing the truce of Astana . 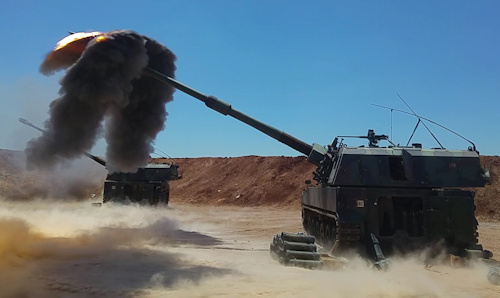 In this context at least four other actors act that can not be underestimated: the US, Iran, Israel and Lebanese Hezbollah. The Americans are facing a puzzle: how to reconcile the positions of the PKK they supported in the face of the demands made by Turkey, a historic ally in NATO. Taking into account the neo-Ottoman imperial Turkish, the only way forward for the Americans will be to try to prevent clashes in particular in the area of ​​Manbij, which sees the presence of more than 2.000 US military and where one of the hazards of Erdoğan did not have the desired result: the Americans, despite the threat of Turkish fire, did not fall back nor could they do so, on pain of the definitive loss of political credit in the area.

Iran, in turn, has been able to insert itself in the dynamics of the area providing both the security of its borders on the Iraqi side, and intervening pervasively in the political life of the former enemy. Beyond the support offered in the Syrian theater in order to allow resistance against the false believers of Daesh, and to allow the survival of the Assad regime in a centralized state form, for Iran the largest dividend to be collected, in geopolitical terms, would consist in preserving the existence of the aisle useful to ensure supplies to the Lebanese Party of God, Hezbollah, never ready to engage the other great player militarily, Israel, and in spite of the unpublished warnings launched by Russian Foreign Minister Lavrov. The threat posed by the installations of the Pasdaran near the Golan Heights, the downsizing of an Iranian drone and a F16 with the Star of David, testify to how the echo of the Syrian conflict is reverberating far farther than Afrin's quadrants, Manbij, and Idlib, where resist pockets of resistance of Daesh.

In conclusion, the region is preparing to live a new and troubled historical phase, with a revival of pre-existing conflicts, a redefinition of alliances, and a race to ensure control of the territory acquired. Iran does not seem willing to passively accept the neo-Ottoman expansion, while a US presence, to be confirmed over time, in support of the Kurdish cause would deprive Syria of large (and valuable) stretches of territory and, above all, should be read in a key of opposition both in Moscow and in Iran, which would thus be deprived of its precious transit through Lebanon. But the most delicate position remains at the moment the Turkish one; Operation Shield of the Euphrates has shown that Ankara's military capacity, despite the numbers, is still not equal to the US, and even the Olive Branch, far from bringing stability, has rekindled fractures that are difficult to make up; in addition, a risk that President Erdoğan can not underestimate, concerns the management of a possible military failure that, as always happened in history, could be a prelude to a - more or less - marked change in internal political course.

The religious sectarianism that is inflaming the minds less inclined to geopolitical and realistic aspects is probably underestimating one aspect: that God with the will to power and the exercise of violence has very little or nothing to do with it.