Home geopolitics Analysis Afghanistan: from the UN report the situation ... 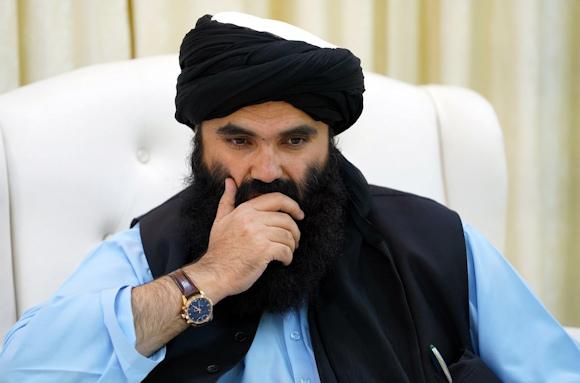 After this announcement, the Taliban, starting from May, acquired control of almost the whole country by occupying Kabul on August 15, 2021. The Taliban's seizure of power has led Afghanistan into a profound humanitarian and human rights crisis . Many secondary schools for girls have been closed and women have been banned from doing most jobs. Many journalists have been arrested or killed others have left the country leading to a drastic reduction in the media.

The UNAMA report2 he reports that in ten months of the Taliban government fundamental freedoms have been canceled, extrajudicial killings, torture and ill-treatment have occurred.

Much of the population is starving. The sanctions and the suspension of aid flows aggravate the economic and financial breakdown. The economy of Afghanistan, which was already in a precarious situation, suffered a severe contraction after 15 August 2021 due to the suspension of development funding, on which it was heavily dependent and the freezing of Afghan assets held in financial institutions abroad. "In 2022, about 24,4 million people, or 59% of the population, are in need of humanitarian assistance, compared to 18,4 million at the beginning of 2021."

We remember well the images from the Hamid Karzai airport in Kabul a year ago where thousands of people reached and occupied the runways of the international airport hoping to be able to leave the country. At the end of August, the Americans definitively brought home the last soldier while Italy had completed its retreat a few days earlier with the return of the last soldiers of the Carabinieri of the 2a mobile brigade (1st “Tuscania” regiment and 7th “Trentino Alto-Adige” regiment) present on the chaotic Afghan port together with part of the diplomatic personnel.

During the Doha treaties and the press conference on August 17, 2021, the Taliban had ensured that there would be no violence or discrimination against women and that their rights under Sharia law would be respected. However, a number of decisions followed one another during the autumn that limited full participation in education.

It was also recommended that "the best form of compliance withhijab Sharia law "was that women avoided leaving the house altogether, unless absolutely necessary.

The de facto government of these ten months has been composed exclusively of men, for the most part Pashtuns. Women are not allowed to hold high-level political positions. In December, more freedom was promised to women by decree, but a series of following rules effectively restricted their access to education and freedom of movement, forcing them to cover themselves fully in public.

The Taliban claimed to support education for girls and women, but on 18 September they ordered the reopening of secondary schools only for boys and subsequently the interim minister of higher education announced that girls could participate in higher education. but they couldn't study with boys and men. In September, the rural development ministry ordered only men to return to work, saying women's return to work was "postponed" until a "working arrangements mechanism" was in place.

In September, the Taliban turned the Ministry of Women's Affairs in ministry for the propagation of virtues and the prevention of vice, in charge of enforcing the rules on citizen behavior including the way women dress and how and when they can move outside the home without being accompanied by a male relative.

"The education and participation of women and girls in public life is fundamental for any modern society. The confinement of women and girls to the home denies Afghanistan the benefit of the significant contributions it has to offer. Education for all is not only a fundamental human right, it is the key to the progress and development of a nation ", said the new envoy of the United Nations, Markus Potzel, appointed on 17 June last.

A few days after the taking of power, the Taliban representatives assured that the freedom of the media would be allowed if impartial and if not contrary to Islamic principles. A month later, the Government Media and Information Center he advised the media to avoid publishing content contrary to the Islamic religion and Sharia law, to avoid disrespect to national and influential figures, to avoid the distortion of content. In November, the MPVPV (Ministry for the Propagation of Virtue and the Prevention of Vice) issued new guidelines that "invited" the media to avoid the screening of films with actresses, foreign films contrary to "Afghan or Islamic values". A few months later (May 22) the television journalists were ordered to cover their faces.

Also UNAMA, reports that since August 15, both the Taliban regime and ISIL-KP (Islamic State of Iraq and the Levant - Province of Khorasan) have carried out attacks against press operators; six journalists were killed (five by ISIL-KP) and four were injured, 173 journalists were hit by violence including 122 arbitrarily arrested and 58 tortured.

The Afghan judicial system organized on three levels has been preserved by the Taliban regime but, throughout the country, the functioning of the courts according to Islamic law has resumed. The key authorities such as the minister of justice, the supreme court, the courts of appeal have been appointed introducing substantial changes aimed at accelerating the administration of justice which, especially in the provinces, is administered in a decentralized way and very often following scholars. religious and elderly.

Since November, the authorities have begun a review of all existing laws to assess their compliance with both Islamic law and the new administration's goals and policies. Today, as the revision process has not yet been completed, both pre-existing laws and Islamic law are in force, leading to ambiguities and irregularities that compromise the principles of a fair and equitable trial.

Between August and June, the civilian population was the target of continuous IED attacks, most of which were claimed by ISIL-KP which turned their ferocity, in particular, against ethnic and religious minorities.

We recall the three explosions in the Sayed al-Shuhada school in Kabul (May 8) in which 85 people lost their lives and injured about 200, mostly Hazara. An attack in Kunduz on 8 October killed about 72 civilians and on 4 March, 7 Hazara workers were killed in a factory in Jalalbad. The Haara have also been victims of expulsions from their homes in the provinces of Uruzgan and Daykundi.

With the rise to power, the Taliban had promised to ban poppy cultivation and so it happened in early April. This move is interpreted as a complacency to the international community in order to facilitate the recognition of the Afghan government as legitimate and thus to release funds held in Western banks.

Since August last year, the Taliban have immediately begun to crack down on the use of opiates and dependence on them, even though some analysts argue that the government's future goal is to directly manage the market and therefore have little faith in the market. effectiveness of the ban imposed on April 3.

It seems that the Taliban, even before the resumption of power, had increased the production of methamphetamines derived from ephedra, a plant that grows spontaneously and requires a simple and cheap processing process.

Turkey, which ousted Iran in the "management" of drugs in Afghanistan and took over control of Kabul airport, is a major player in international trade and, as Maysam Behravesh argues, the ongoing Russian-Ukrainian war would facilitate a major demand and links of organized crime favoring profits for the Taliban.

Another aspect that should not be underestimated is the protection of cultural heritage. We all remember the destruction of Bamiyan Buddha statues in March 2001 and today the monuments of Afghanistan are once again in danger. In October, the Greshk fortress in Helmand province was destroyed with the intention of building a religious school in its place. Not only does religious fanaticism threaten the Afghan archaeological heritage but also economic interests. In the province of Logar, the Mes Aynak site stands on a large copper field whose concessions have been sold to a Chinese mining company.

In this socio-economic framework, will Afghanistan be able to recover or ensure a life that is at least "dignified" for its citizens?

1 Within a few days, the Italians were "invited" to leave the Emirate soil without too many words, an evident consequence of the deterioration of commercial and political relations between Italy and the United Arab Emirates due to the cancellation of some military supply contracts to the Arab country causing serious consequences in bilateral political, military and commercial relations.

The strategic reflection of the EU has always progressed with difficulty, due to the often different vision of ...
2677
Read

Al Qaeda loses its subtlest mind; like in a Tom Clancy novel, al Zawahiri was eliminated by the 2 missiles ...
4215
Read

In the course of the two previous analyzes we spoke first of the figure of the Prime Minister of Hungary, Viktor ...
8057
Read

India and China are the two major Asian powers and among the most important countries in the world. Their relationships are ...
1785
Read

It being understood that international relations, by their very nature, cannot experience moments of stasis, there is no ...
6025
Read

In the course of our previous analysis we talked about how the leader of the political party Fidesz, Viktor Mihály ...
3261
Read

In international relations it is advisable to let events settle; the risk of full bets without ...
2705
Read

Draghi and a large delegation of ministers - half a dozen - are preparing to conclude a large number of agreements ...
3384
Read

The dramatic human times - and therefore intrinsically geopolitical - that the collectivities and the powers they express are ...
3366
Read 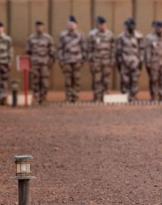 The end of the French 'Barkhane' mission in Mali (closely followed by that of the multinational operation of ...
2022
Read