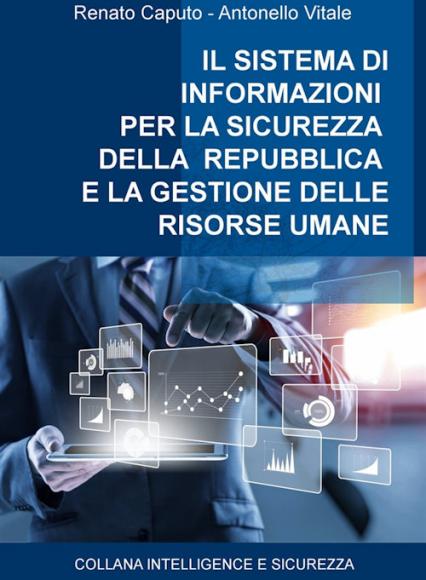 Written by two specialists, both university professors but with different careers (the first an MS officer, the other a jurist), the book is a notable contribution to the knowledge of a delicate but vital sector for the security of the state. This sector was restructured in 2007, both to meet new needs and to coordinate functions that previously depended on individual ministries under a single direction, with negative consequences for the efficiency and transparency of the services themselves.

After a preface by Vittorfranco Pisano, a specialist in the field, the first of the four chapters precisely describes the current structure of the Service, which is complex but functional. Political direction is entrusted to the president of the council of ministers §1.1), the sole institutional manager, from which derives a delegated authority (§1.2), where established: the controversies that arose during the Conte government are recent. The president of the council of ministers is assisted in this by the CISR, Interministerial Committee for the Security of the Republic (§1.3), equal to the President, while the DIS (Information Department for Security) is hierarchically dependent on him (§ 1.4), which must ensure the technical - administrative level of the service.

Therefore, at the top of the structure there is a single manager, but assisted by a collegial political body and by an institutional support structure. In turn, AISE and AISI follow (§ 1.5), respectively the Information Services for external and internal security, according to a scheme now widespread in all modern countries but which we have received late. Within the DIS, the president of the council has absolute competence to affix the state secrecy, to appoint or remove the administrative directors and to establish the assigned budget, as well as delegate the directors of AISE and AISI to request the judicial authority authorization to carry out specific information gathering activities.

After the reform of Law no. 124 of 3 August 2007 no one can independently exercise the assigned functions, as the individual ministers did before, now the central role of the president of the council of ministers is in force.

Another innovative aspect of the law (articles 30-38) is parliamentary control through the Parliamentary Committee for the Security of the Republic (COPASIR), which redefines the powers of the old COPACO (Parliamentary Control Committee, Law 801 of 1977) (§ 1.6). The Committee is now made up of five deputies and five senators balanced between the majority and the opposition.The Committee checks, in a systematic and continuous manner, that the activity of the Security Information System is carried out in compliance with the Constitution, the laws, exclusive interest and for the defense of the Republic and its institutions (paragraph 2).

The control power of the Committee (Article 31) is expressed in the convening, for the periodic holding of hearings, of the Chairman of the Board, the members of the Interministerial Committee (CISR), the Director General of the Department (DIS), the directors of the services (AISE and AISI). The Committee is, in short, the parliamentary control body of the legitimacy and constitutional correctness of the activity of information bodies, and can even request access to judicial documents in derogation of the secrecy of preliminary investigations, and in the same way can request confidential deeds produced by the Services, obviously under precise conditions that do not endanger the interests of the State and men. The president of the council must always be informed in advance of all this, and he is required to deliver a confidential half-yearly report to COPASIR, while the Committee is required to present an annual report before Parliament.

Needless to say, the limb. 36 of Law 124/2007 prohibits the disclosure of confidential documents, extended to all members of the various branches of the Services and to COPASIR members.

This is for the strictly legislative part. The second chapter instead, it analyzes Human Resources and the employment relationship in the National Security sector. Law 124 of 2007 introduces many new features (§2.1): the “rationalized dualism” between agencies with different roles under a single leadership (instead of services dependent on Defense and Interior); precise functional guarantees for the employees; finally, the selection by public competition (except in special cases) and the placing in a single role SIS and DIS; the creation of a specific school for training, also open to universities and research centers. This guarantees better professional preparation, greater homogeneity and better operational coordination, bearing in mind the complexity of the world situation. Another novelty: those who hold political positions are excluded from recruitment. As for legal exceptions for the work of the officials of the Services (so-called "functional guarantees"), criminal acts are not justified in any case. Delicate matter, subject to state secrecy, which can be opposed to the judicial authority, which may however request verification of authorization from the Prime Minister. Here too there is a system of mutual guarantees and controls.

The third chapter it is certainly the most compelling one and also intrigues the common reader: the management of Human Resources in Human Intelligence (HUMINT). Basically, what was used at the time of the Cold War seemed to have been overtaken by the development and use of new technological means, only to realize their limitations in an environment - such as that of international terrorism or drug trafficking - politically divided, devoid of a real centralized structure, characterized by actors acting for autonomous groups, characterized by clan-mafia structures, located in limited areas but difficult to penetrate, and perhaps even not very accustomed to the use of interceptible means of communication.

Basically, until the fall of the Berlin Wall (1989) the two opposing blocs knew what to look for and where: generally the information concerned military and industrial centers, nuclear plants and chains of command. The Diplomatic Corps was busy, it certainly made use of technology, but more often it made use of collaborators and infiltrators, even being able to afford long times; all things we've seen in spy movies or learned from John Le Carré's novels. Seen from the Italian side, we were basically aligned with the Americans, without colliding with other European countries and without having real management autonomy. But this is history.

Now the international terrorism of the new century has disrupted the cards. Protect a power plant from an attack cyberwar, thwarting the theft of credit card codes, protecting a patent, identifying a terrorist cell or infiltrating the mafia are new businesses. It is one thing to have information on a static base of Soviet submarines, it is quite another to try to get information on an Afghan terrorist group dispersed in the mountains, cohesive by tribal ties, which is expressed in a local dialect and communicates with trusted couriers, both because it has no radio, both because it is safer. ELINT (Electronic Intelligence) gets little from it, but HUMINT also has its difficulties, as it is not easy to infiltrate or recruit collaborators in the closed structures described above.

At this point, with globalization, more than of Secret Service we could talk about Security Service. All the more reason the HUMINT operator, be it a recruiting officer, an informant or a data analyst, must have - without prejudice to the technical and cultural preparation - particular qualities and attitudes, some of which, such as OSINT (Open Source Intelligence , the ability to process data from open sources, especially on the web) should even be part of ordinary civil training1, in any case what is further away from the covered activity of espionage.

An interesting paragraph (3.1.1) concerns the difference between news, information and rumor. The information is reliable and proven, the rest must be compared and evaluated. Of course there is also talk of propaganda here, an old story but always current.

For my part, I observe that certain methods should also be the heritage of ordinary journalists, who can also afford shorter times than a "Case officer", the reference officer in intelligence operations.

In the text there is however an important paragraph (§ 3.4) on the HUMINT information search process: the search, selection and evaluation of sources; the recruitment of sources; their management (note: some tables help the analysis). This does not mean that one of the major problems remains the evaluation of the source and the information provided, even though we are well aware that disinformation and / or double-dealing are frequent. On the contrary, a case study of disinformation is reported by way of example (§ 3.5.1).

The fourth and final chapter compares two interviews, obviously anonymous. The first with a HUMINT agent, the other with a technological systems operator analyst. IMINT DISCIPLINE (Photo interpreter / Digital image analyst). Not to be missed.

Finally, both the bibliography and the website are interesting and updated (structured list of websites on the subject).