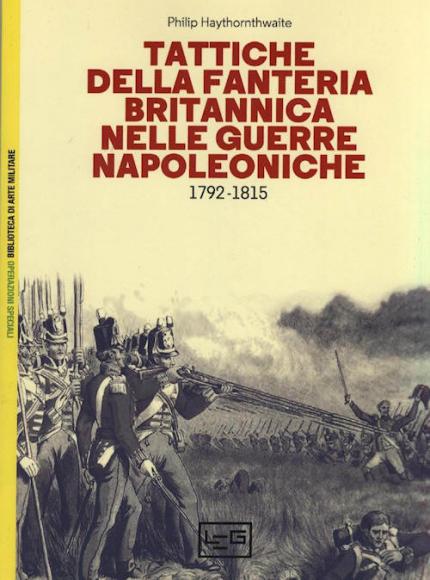 Characterized by a strong team spirit, the British infantry would not have achieved excellent results if it had not been for another important factor to characterize it, the tactics, the subject of this essay, whose author is an internationally renowned historian, specializing in military history.

"In the period leading up to the start of the French Revolutionary Wars, the British infantry did not have a uniform training system, so each commanding officer maneuvered the regiment in his own way." It was therefore difficult for the troops of a brigade to be able to carry out coordinated maneuvers.

It was David Dundas, an English officer, born in 1735, who published a manual in 1788, Principles of Military Movements, which was intended to provide a system of rules of thumb, and where the Eighteen Maneuvers that made up the sequence to be performed during a parade were described.

The main tactical formation of the infantry was the battalion, since, albeit "a regiment could consist of two or more battalions, it was very rare that two of them, belonging to the same regiment, served side by side."

The battalion, in turn, consisted of 10 companies. "The movement of the troops was based on two types of formation, the column and the line, the first of which was generally made up of the companies of a battalion arranged one behind the other." And if for the movements the maneuver in column was the ideal one, because it guaranteed the cohesion and regularity of the walking pace, "For combat the preferred formation was the line one, if only because it allowed all muskets to be opened simultaneously." And, since the troops deployed in line were vulnerable to cavalry assaults, a valid defense against them was the square, where all ranks faced outward, with the first or first two kneeling. In the center of it were the officers, flags and musicians and, inside, the wounded could be dragged. The orders, given by the battalion commander, were repeated by each company officer.

As an aid, for the transmission of orders, the drum or the cornet could be used. "Regimental marching bands could play to raise morale while marching or even in action, but they weren't employed to transmit orders."

The flintlock musket was the weapon supplied to the troops. "Many statistics of the time demonstrated the imprecision and limited range of this weapon, resulting from both its technical limitations and the inability of the shooter." Its effectiveness decreased significantly with increasing distance. "Musket fire could be done in different ways, either with a salvo or with so-called barrage fire. The latter involved each row of two or three men firing and then reloading while the next fired in turn."

The French, for the attack, used the column, investing, with it, the enemy, but where, however, only the first ranks were able to fire. Sometimes the column would line up just before engaging the enemy, in order to use as many muskets as possible. The British, on the other hand, were in line. "In contrast to the animation and noise that accompanied a French advance, the sheer silence and stillness of the British line were deeply disturbing to the attackers." And this produced an important psychological effect on the French.

Another psychological factor was the bayonet charge. "Charges were generally only fired at an enemy already weakened by musket fire and who would often retreat before the bayonets hit him. [...] Men know, psychologically and physiologically that it will pierce their flesh and make get out of life, and therefore avoid it. "

Finally, the book is embellished with illustrated and commented tables that allow you to view some of the topics contained therein.

Giampiero Cannella Ed. Historica 2021 pp. 159 In recent years, especially among insiders, there has been debate ...
599
Read

Riccardo Lancioni Ed. Chillemi pp. 112 The Yom Kippur War was a highly technological conflict, in which the ...
959
Read