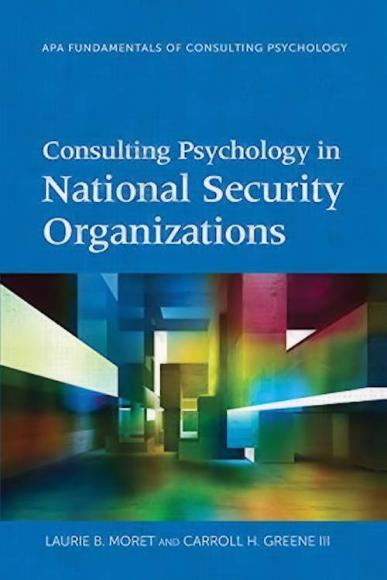 This book - placed inside the series Fundamentals of Consulting Psychology Book Series - it deals with a subject that is rarely talked about, and this for many reasons, not least (of course) the question of confidentiality.

The object is essentially the contribution that psychology can offer, and in fact offers, to NSOs, that is at National Security Organizations Americans; organizations that have some features in common with all the other institutions and administrations (especially the central bodies of the state) but which differ greatly in a number of aspects, all of which are very delicate.

Although the text is evidently centered on the US experience, the considerations set out here, and the references to the operational activities that the consulting psychologists (military and civilian, internal and external to the institution) can offer appear to be of interest also for our context, especially in a historical moment in which the cognitive warfare took on a central role.

In introducing the volume, the authors tell of their personal experience when they entered the armored rooms of the center that initially welcomed them, also recalling the special issue of the magazine Consulting Psychology Journal: Practice and Research of 2009 dedicated to psychological interventions in these areas.

Differentiating, where appropriate, the role of uniformed military psychologists by professional civil psychologists, and often recalling issues related to national security and the professional ethics of psychologists, the authors briefly expose the field of analysis in the first pages of the text. From these first sentences we can already understand what will be the main topics that will be analyzed, all concerning on the one hand the role of the psychologist, on the other hand the contribution that this figure can offer to the numerous institutions that deal with national security (and which in the US go far beyond the CIA and Federal Bureau, including for example the departments of state, defense and justice and the DIA - Defense Intelligence Agency.

The term and the very concept of national security can be declined according to many different perspectives in relation to the observation and, above all, intervention summit, including in any case the activities of prevention, deterrence, protection, preservation, defense, and design of the development strategies of the 'together with these actions with the addition, of course, of the active and offensive contrast aspect.

The first chapter leads the reader towards a very rapid reconnaissance of the military psychological activities that have been carried out during the two world wars: the figures of eminent psychologists who have contributed to a multiplicity of activities, from the traditional selection - when, for example , it was a matter of quickly choosing large numbers of soldiers, even illiterate ones, to be employed in the First World War - to the establishment of theOffice of Strategic Services commissioned by Brigadier General William J. Donovan (whose activities have been the subject of numerous reports in the form of books and articles). The use of psychological skills during the Nuremberg trial leads the reader to consider the issues of national security after the Second World War and after the Cold War, up to the present day, passing through the theme of terrorism.

When asked about the roles and responsibilities of the psychologist consultant, the second chapter answers, in which, among other things, the EAPs - Employee Assistance Programs and the interdisciplinary approaches that have been activated, for example, in support programs for undercover agents. Thus emerges in all its forms the OP - Operational Psychology, that is, the psychology applied to support military operations. A form of applied psychology that takes the form of a variety of activities, from the selection of special forces to the council-coaching of commanders, from intelligence activities to the integration strategies of military forces belonging to different cultures, with the caveat that "it is important to define success in performance, but it is also important to identify failures and understand the 'horrible stories' highlighted by people as the most problematic for the organization ”(p. 39).

By giving importance to specific cultures and the sense of trust that characterizes each environment, the authors quickly move towards the issues of motivation, engagement and construction of that dimension of toughness and resilience often referred to with mottos like No bread, no gain, or When the going gets tough, the tough gets going.

Stressful events are thus discussed both in the context of debriefing and in that of the need to use situations that induce stress in the assessment sessions, as well as in those of training.

The fifth chapter specifies what the skills of the consultant psychologist working in the field of national security should be, from the ability to build professional relationships based on trust to the skills of self-awareness e self management, bearing in mind that "fatigue, discomfort, anxiety, feelings of anger, rage, hostility, and other situational factors can sometimes impair focus, situational awareness, and objectivity" (p. 97).

Several examples presented as emblematic cases illustrate such critical situations where the counseling and support process can become very difficult to maintain and develop. The extreme attention assigned to confidentiality and the safeguarding of classified information is part of this framework, especially in the phases of problem exploration and investigation, always keeping in mind the difference between moving and acting on the basis of Facts or according to hypothetical-deductive processes.

Let theorganization-as-a-customer, be it person-customer, require care in balancing the achievement of the result requested and expected by the top management with the ethical and deontological rules, as well as with the respect of the organizational provisions typical of the specific environment in which the psychologist consultant works. Indeed, the conclusions of consultancy activities can have a significant impact on the future and career of individuals, as well as being used in a non-transparent way to support decisions taken elsewhere or for other reasons - a problem common to all activities. consultancy in the field of organizational psychology: “but, particularly in the area of ​​national security, where honor and courage are common watchwords, consultants must embody these principles. If counselors do not possess integrity, trust, or the ability to resist authoritarian pressures that may be illegitimate or unethical, or if counselors are not convinced that they have to resist pressures that can offer benefits at the cost of sacrificing ethics, they will thus also sacrifice personal and professional status and respect ”(p. 140). 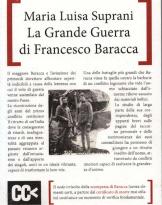 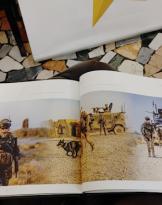 More than a year has passed since the dramatic evacuation from Afghanistan, a twenty-year so-called "peace" mission...
585
Read

Alessandro Rugolo pp. 142 Ed. Independently published The book is the result of a meticulous work of reinterpretation ...
290
Read

Calogero Vinciguerra Published by the author pages 188 The world is evolving faster and faster, thanks to the immense possibilities ...
742
Read

Jacopo Gualario Ed. Youcanprint, 2022 pp. 118 From the covid-19 pandemic crisis to the most recent armed conflict between ...
372
Read