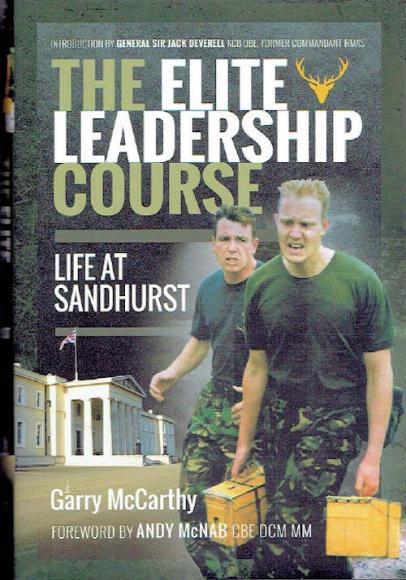 In terms of human resource management, there are two fundamental situations to which the utmost attention must be paid: the selection-evaluation of people and their training-training. These activities are carried out by different organizational actors and at different levels, as well as at different career stages, and they are both crucial if you want to achieve a reliable result, that is, people who are able to carry out the tasks entrusted to them as adequately as possible.

The book by Garry McCarthy is placed in this context, a unique text of its kind that directly and indirectly reflects almost all the problems of training-training, starting with its effectiveness: in fact, the central question of every activity of education, basic or specialized, is the so-called transferability, that is, if, how, how much and when what has been learned (in a broad sense, not only on a cognitive level but also inherently changes in behavior) is really transferred and especially applied in the living context of operations.

As Andy McNab writes in his Preface scrolling through the pages of this book you can observe a process of building leadership, step by step, directly (however, dispelling the myth that says leader is born), through the proposition of a complex network of instructions, challenges and tests. The protagonists are twenty-one men who enter the Royal Military Academy (UK) in the Nineties and participate in a training program born in 1977 in the wake of the experience gained at theHighland Fieldcraft Training Center. An experience that puts a strain on both the physique and the character of the young cadets and that will forge them for what would have been the commitments shortly thereafter, in Iraq and Afghanistan.

The fourteen chapters of the volume follow the unfolding of events starting with the first chapter which is dedicated to the first day of the training course, the Reception Day. From here on the account of the life lived a unfolds Sandhurst, the failures and successes of future commanders, the spirit of competition and self-competition, learning the fundamental basics of decision making and the exercise of effective leadership, and what we could today call the construction of an adequate level of psychophysical resilience. The harshness of the training experience can perhaps be summed up in the concept that the most coveted reward was… not receiving punishment.

The last chapter of the text takes a look at the after: with the title Where are they now? the author summarizes the salient moments of life and careers of each of the participants, offering the picture of people who, at the end of the course, separated, each going to cover important positions in different operational areas.

The reading of this text finally available to readers after its publication has been blocked for about thirty years, is certainly challenging, and this for many reasons. On the one hand, the book can be read as a novel, a real story in which the reader is accompanied in the different situations and phases of the training course: from this point of view it is a very pleasant and fairly fluent book. On the other hand, the linguistic forms used are often full of slang expressions, idioms, colloquial sentences interspersed with technical and specialized expressions, following in all this the real way in which the training phases took place and the way in which the reactions of the participants. Almost on every page there are verbal exchanges between the various protagonists of the various situations that are described, which makes the text certainly alive and current, almost allowing you to take a dip in the past and identify yourself in the situations narrated; on the other hand, just following the events narrated in this vivid way forces one to continue reading sequentially, without leaving empty spaces that could cause a limited or incorrect understanding of what follows.

It is a text that has been the subject of appreciation but also of some criticism, above all based on the observation of having excessively modified the real events - something moreover necessary, for example with respect to names, dates and specific situations, in order not to disclose information - while other critics who talked about it, so to speak, from the inside, for attending Sandhurst in different sessions and / or years, they did not fully recognize each other in the report. But even this observation can be understandable on the basis of the variability, for example, of group dynamics and of the very composition of the group being formed.

Among the most enthusiastic comments we can mention the following passage written by a reader who had direct experience of Rowallan Company and that affirms that the lived experience “was simultaneously the best and the worst thing that ever happened to me as an individual and had an indelible impact on my life. It remains to this day the most extraordinary, punishing and unorthodox course the British Military ever ran out side of the Special Forces ".

Overall it is a very particular and certainly compelling work, and it would certainly be useful to have numerous reports, written from within, of formative-training experiences lived in the various military schools and academies.

Calogero Vinciguerra Published by the author pages 188 The world is evolving faster and faster, thanks to the immense possibilities ...
538
Read

Jacopo Gualario Ed. Youcanprint, 2022 pp. 118 From the covid-19 pandemic crisis to the most recent armed conflict between ...
349
Read

Marco Rottigni, Andrea Danesi Visconti Published by the authors pages 224 The decadent world of the near future, a famous ...
545
Read