I'll explain why Italy pays for every international crisis 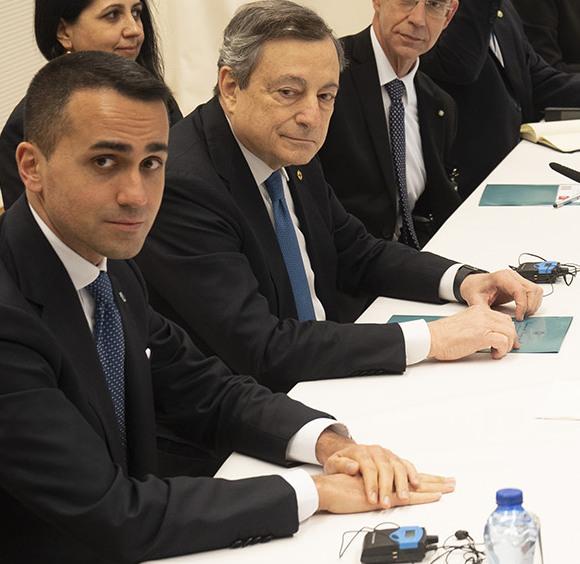 During the current Ukrainian crisis there has been much discussion in Italy about the rise in energy prices and the problems that the current sanctions on Russia will create for businesses. GDP estimates are in fact not encouraging: according to ISTAT, if the current international situation does not change Italian growth, estimated at around 4% in January, will stop at 2.3% on an annual basis.1

As the Italians know, it is not the first time in recent years that an upheaval in foreign policy has had a negative effect on our country's finances.; just think of the loss of investments that led to the civil war in Libya in 2011, the slowdown in trade with Iran after the sanctions imposed unilaterally by Donald Trump in 2018 or, most recently, the (sacrosanct) sanctions against Turkey in 2020.

The widespread impression is that every international crisis has a higher cost for Italy than that paid by its European or transatlantic partners and that the nations targeted by the international community are often those with which Italy has the best trade relations. This feeling is partly true.

The reason why Italy is always damaged by international instability lies in the type of economy that the country has built, which is heavily dependent on the import of raw materials and the export of finished products.

Italy's historical predisposition to trade leads it to sign agreements with various raw material producing countries, often governed by undemocratic regimes, and to attempt to penetrate new markets not already saturated with products from its manufacturing rivals.. An enterprising trade policy, however, requires a very active foreign policy, geared above all to the mediation of conflicts. 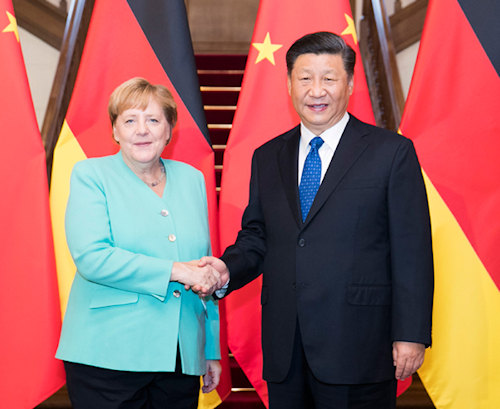 Angela Merkel, for decades at the helm of a state with a commercial vocation even more than Italy, has always promoted in the years of her chancellorship a foreign policy of dialogue, both inside and outside the EU, trying to avoid dangerous escalations with business partners in Germany. For example, it was Angela Merkel in 2015 who mediated with Vladimir Putin at the beginning of the Ukrainian conflict, or who opened the doors to trade with China. despite internal repression and the case of Hong Kong, or to maintain relations with Erdogan after the 2016-2017 purges in Turkey.

This type of foreign policy can be defined as cynical, but it was certainly the expression of a firm political will guided by the need for stability in Germany.

On the contrary, French foreign policy, with total continuity between presidents of different sensitivities, has always been to assert the reasons of Paris in strategic areas considered by it to be vital for economic-cultural reasons, first of all North Africa- western and the Middle East. The success of some operations conceived at the Elysée, such as the dethronement of Gaddafi or the intervention in Mali, respond to the desire to expand the French sphere of influence, with potential destabilizing effects.

Where does Italy fit into this picture?

The systematic failure of our country to combine its lively commercial policy with an equally effective foreign policy is attributable to two reasons: the first is a lack of distinction between internal controversy and national interest, while the second is the lack of understanding of the European key which has always allowed France and Germany to achieve their (potentially divergent) objectives in recent years. 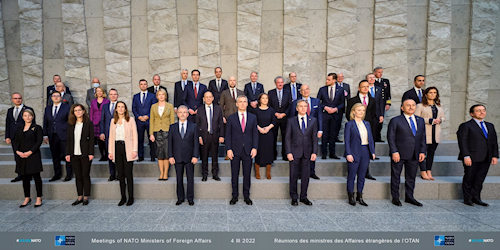 Much has been written on the subject of the Italian internal division, but a reference to common sense would be enough to understand that foreign policy is the worst sector that can be used to discredit government or opposition leaders. The exploitation leads not only to an internal war of little use in Italy, but above all to a loss of credibility of the various parties that succeed each other at the helm of the government in the eyes of its foreign interlocutors.

But it is on the second theme, that of the Europeanization of the national interest, that Italy shows its limits. In recent years, national politics seems increasingly tempted to respond to the challenge objectively posed by France and Germany with themes of cynical sovereignty, without understanding that instead the key to success of these countries in recent years is to be ascribed to the contrary. to a strategic framework of European alliances, which allowed Paris and Berlin to become spokespersons for various governments on the continent.

Take the conflict in Ukraine for example. The reason why Angela Merkel was successful in avoiding escalation with Russia in 2015 is to be found in the European prestige of the chancellor and in the fact that in Moscow the head of the German government could actually present himself as a representative of the European Union (although this office had never been conferred on her). It will not escape this regard that Emmanuel Macron went to the Kremlin with the same chrism at the beginning of the Ukrainian conflict, albeit with not so brilliant results. 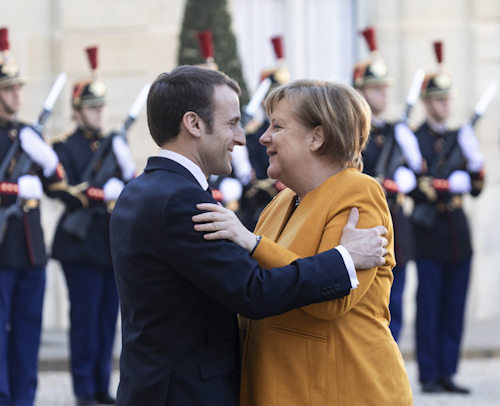 Similarly, it can be noted that every tensive or relaxing maneuver to protect the national interest of France and Germany, from the policy of opening trade with China to the war in Libya in 2011, passing through the intervention in Mali, has been presented. as a European initiative led by a leading Member State.

The Europeanization of Franco-German foreign policy has not always passed from the (albeit essential) agreement between the two countries. In the Libyan crisis of 2011, for example, France was able to persuade the United States to intervene also by making strong British support and thereby overcoming German skepticism and Italian resistance. On the contrary, Germany could count on Italian support to ease the tension with Erdogan's Turkey, despite open French hostility. On the contrary, Italy's lack of credibility (due to the reasons for internal division cited) and the lack of a far-sighted approach in foreign policy have so far prevented it from following the same path.

Above all, what is felt is the absence of a true solid alliance relationship at European level, like the Franco-German one, on which to model an inclusive front that comes to involve European institutions, such as the Commission, which are increasingly influential in international power relations.

At the same time, every Italian attempt to create “à la carte” agreements also shows its limits due to the difficulty in selling these momentary alliances as truly European or in joining the leading group Berlin-Paris.

It is therefore not surprising that, after the outbreak of the Ukrainian conflict, the illusion of many Italians that it was enough to have Mario Draghi at Palazzo Chigi to see a qualitative leap in the country's foreign policy was disappointed. In fact, the Italian prime minister is a technician lent to politics, already supported at home by a heterogeneous government coalition. His personal authority is not enough to make us forget the structural weaknesses of Rome or to make up for decades-long deficits in our system of alliances.2

Beyond the Ukrainian contingent situation, therefore, the key to Italian success in navigating the waves of contemporary crises lies in a more far-sighted and above all more European foreign policy, marked not (only) by a dreamy and naïve idealism but characterized by an understanding practical-strategic with actors related to it.

2 Let's not forget that the Draghi government was born to manage an economic rescue plan for Italy from a potential post-pandemic bankruptcy; certainly not the best viaticum for those who want to represent a common European position in the international arena.

Photo: presidency of the council of ministers / Xinhua / NATO / Elysée

Who remembers the fall of the Berlin Wall on November 9, 1989? A few months earlier, Honecker had predicted in January ...
4980
Read

When you use a weapon or apply a tactic in war, you do it for one reason only: it gives you an advantage in winning or, if ...
4865
Read

Put an evening in Georgetown, near the American capital, at the prestigious Italian restaurant Milan. Put to a ...
5285
Read

World War II? The Poles blew it up in 1939: Austrians and Czechoslovakians had not succeeded ...
10225
Read

You read the newspapers and you have the impression that sooner or later the Russian president will leave us - it is appropriate to say - in ...
5811
Read

The whole world knows the so-called "Gerasimov Doctrine" thanks to Mark Galeotti, one of the world's leading experts ...
5549
Read

Where were we? Not even a week after my last article on the progress of the war, it seems that the media ...
15936
Read

Take a good look at this piece of paper: it is one of the thousands of flyers that the Turkish air force has rained down in the ...
4011
Read