Home Recommended Points of view A former Russian soldier had planned the dis ...

A former Russian soldier had predicted the disastrous trend of the Kremlin forces in Ukraine: then, it happened that ... 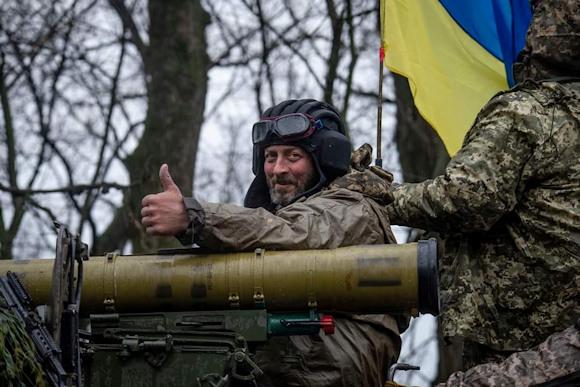 On February 3, a piece by Colonel Mikhail Khodarenok appeared in the Russian online magazine NVO, which in the West had attracted sporadic and distracted attention from a few think tank specialized in relations between Russia and the West. Still, we can say for sure, in that article the colonel anticipated in detail the disastrous performance of the Russian troops, which he knows well. Khodarenok is, in fact, as well as a Russian patriot, a retired military man who had a splendid career with ease, served in the general staff - in the "Chief Operating Directorate" - and acquired an excellent reputation as a military analyst. But above all he is someone who calls bread bread, who says what the Kremlin does not want to hear and which cannot be easily silenced, as he is notoriously a patriot.

The former colonel, in the article cited, immediately brought into line the forecasts - all radically wrong - of Russian analysts - and Western pro-Russian, we add - "bloodthirsty" (Editor's note in his own words):

Evidently, apart from the honest - and brave - Khodarenok, everyone has gone crazy.

What was the colonel based his criticisms of the other Kremlin analysts and advisors? First, all of them seemed "Not to have learned any lessons from the events in south-east Ukraine in 2014" (Crimea and Donbass): Claiming that hardly anyone in Ukraine would defend the regime was proof of “A total ignorance of the political-military situation and of the mood of the great masses of the people in the neighboring state. Furthermore, the degree of hatred (which, as you know, is the most effective fuel for armed struggle) in the neighboring republic towards Moscow is frankly underestimated. Nobody will meet the Russian army with bread, salt and flowers in Ukraine ".

What about the "firestorm" that should have practically annihilated Ukraine's military capabilities? Well, "Expecting to crush the armed forces of an entire state with a single blow of this kind is simply showing unbridled optimism in the course of planning and conducting combat operations". The expert analyst added a significant detail, also indirectly confirmed by General Ben Hodges in our recent interview (see article):

“It should be added by all means that the stocks of promising, high-precision weapons in the Russian military are not of an unlimited nature. Hypersonic Zircon-type missiles are not yet in service. And the number of Kalibr (sea-launched cruise missiles), Kinzhal, Kh-101 (air-launched cruise missiles) and Iskander is measured at most in the hundreds (tens in the case of the Kinzhals). This arsenal is by no means sufficient to wipe out a state the size of France and with a population of over 40 million from the face of the earth. Namely, Ukraine is characterized by such parameters ".

What about the "Russian air superiority in Ukraine", easy to reach for many self-styled experts and absolutely denied, recently, by the same gen. Hodges? Khodarenok stated two things:

Finally, there was an ideological element of great weakness in the "firestorm" envisioned by analysts: “If until 2014 the Ukrainian armed forces were a fragment of the Soviet army, in the last seven years a qualitatively different army has been created in Ukraine, on completely different ideological foundations and largely on NATO standards. And very modern weapons and equipment are supplied and continue to be supplied to Ukraine by many countries of the North Atlantic Alliance ".

The colonel anticipated much of what happened from February 24 onwards:

If all this has amazed you, wait: the beauty comes now! Khodarenok three weeks into the war already knew that:

In another article, published in the same days, the author reported Khodarenok's thinking about the territorial expansion of Russia: he argued that "The world has changed, while thinking about the Kremlin seems to have stopped in the past century". The expert analyst, just "to those who talk about expanding Russia" asked: "Do you have personal experience in solving geopolitical tasks in this way? Do you understand what the immediate costs would be in terms of military losses? Do you recognize the burdens that Russia would take on even if it won the first few battles? Who believes expansion is easy and justifiable? , refers to the Anschluss (NdA his word!) of Crimea in 2014. But its situation was absolutely unique because it presented many characteristics not found elsewhere, indeed not found even in the Donbass. And that move also cost Russia dearly in terms of relations with the West ".

Do not be under any illusions that Russia has many margins to impose itself effectively and overcome isolation: "Russia today is in complete geopolitical isolation: Moscow's only allies at the moment are perhaps South Ossetia or Abkhazia". And always the Slavic giant "It faces a world in which its likely adversaries not only have larger and better prepared armies, but also have economies that make up half of the world's GDP", while the Russian one is at the level of Spain ...

In light of all this, the geopolitical dreams and fantasies of our political analysts about "expansion" and "spheres of influence" do not seem very convincing. Whether we like it or not, this same rhetoric "is working against Russia, leading more and more countries and not just Russia's neighbors to be ready to fight it. The Kremlin today lacks the real financial, economic and even military" levers "needed to change this situation, even though his bombastic language suggests otherwise ”.

Do not be impressed even by the "large number" of missiles fired by Russian forces against Ukraine: two thousand and more missiles are not enough - even if frighteningly lethal for the civilian population - if you consider that "Long-range air-launched missile defense systems to deliver a massive attack" need “Of at least 1.000 units on the first day of an air operation. And this (taking into account the number of bombers) is the lowest value. If lower, all this will be of no operational use ". Precisely…

In late 2021, Khodarenok had also claimed that “This war benefits neither Ukraine nor Russia. For example, Russia could provoke such a response from the countries of the European Union, the United States and the entire Western community that everything that has happened before will seem like a light slap on the wrist " just why “Russia is currently in a situation where it has no allies… a confrontation would take the form of 'Russia against the rest of the world'. Who (in history) has ever won in such a situation? Nobody". Therefore, the conclusion is that “An armed conflict with Ukraine is currently not fundamentally in Russia's national interest. Therefore, it is better for some over-excited Russian experts to forget their hate fantasies. And to prevent further loss of reputation, never remember it again ".

Unfortunately, the only thing that the former colonel did not guess is precisely the outbreak of the war: foreseeing the consequences, he hoped until the end that the Kremlin would drive out the bad advisors ...

Who remembers the fall of the Berlin Wall on November 9, 1989? A few months earlier, Honecker had predicted in January ...
5075
Read