Home Recommended Points of view TEATRO ITALIA: another act of a tragic ...

TEATRO ITALIA: yet another act of a tragic farce 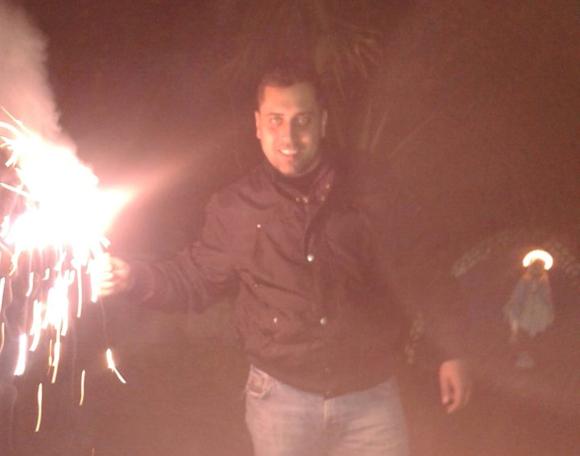 Characters and interpreters. The victim: Mario Cerciello Rega, thirty-five year old vice-sergeant of the carabinieri, just returned to the capital to resume the interrupted service 43 days before to marry his Rosa Maria in that of Massa Vesuviana. The killer (self-confessed): one of the two young Americans (one of whom is defined as "of Lebanese origin"), drug addicts not yet in their twenties. At a distance of 12 hours from their stationary their generalities are not known because the privacy of those who delinquent, unless they are Italian, should be protected! The drug dealer (Identity still unknown): He was stolen from a backpack by the two Americans in retaliation for supplying them with aspirin powder passed off as cocaine. Following a telephone contact, bag snatchers and drug dealers agreed to return the backpack after paying a ransom of one hundred euros. The snatcher then informed the carabinieri about agreed times and procedures for redemption.

The plot: in order to intercept the snatchers-blackmailers, the vice-sergeant goes in plain clothes, together with a colleague and with the help of a steering wheel gravitating around, to the place of the appointment. While the drug dealer is held back, the vice brigadier notices the presence of two figures in the vicinity, who turned out to be the two Americans. At the request of the documents, the stab wounds. On the following morning unanimous demonstrations of condolences, participation and closeness to the family and to the Weapon, exaltation of the virtues of the victim.

To record also the looting of professional instrumentalists who accuse anyone who does not think of them as instrumentalization. A 51-year-old professor from Novara even offends the memory of the Fallen on facebook with outrageous and contemptible words beyond measure. 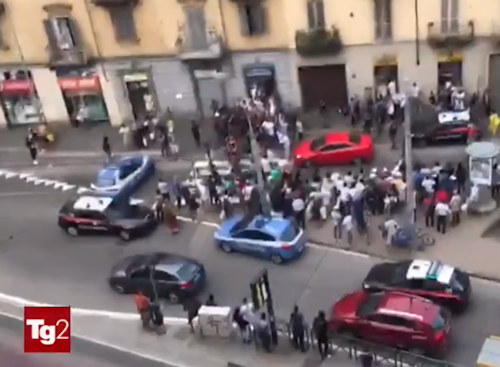 In the morning news, it is not news that in Turin the scene of a group of North Africans who surrounded a steering wheel to prevent the identification of one of them was repeated. In the early afternoon on the social networks the protests and the indignation meet, and at the 16.00, when the investigations have not yet clarified the picture, a whatsapp appears: “... What bothers me most is that two carabinieri have had the worst with two delinquents. Were the two carabinieri armed or not? Have they reacted or not? Did they not react because they were afraid of getting into trouble with the magistrates if they "hurt" the two immigrants? ... If a criminal reacts to law enforcement, shoot him and those who shoot do not have to fear magistrates ... but I already hear the echo: racist, fascist, farwest .. "

With the closing of the curtain, the name of deputy sergeant Cerciello is added to the list of those carabinieri and policemen who would not have died if only they had a Taser in their hands to neutralize, before verifying at their own expense if they could be stabbed or hit by a bullet, the offender or drug addict in withdrawal that they had to face; or if they felt less exposed to the risk of ending up on trial in the event that the criminal with whom they had to deal had suffered some physical damage. But even the death of deputy sergeant Cerciello will not change things and "... nothing important will happen this time either", as the aforementioned whatsapp concludes, "With the silence of the garments, use to obey. How disgusting!"

Pessimist? No, realist. A still image of today's Italy sees a drug dealer who turns to the carabinieri to resolve a professional disagreement with his clientele, and a professor of Noovara who offends a Fallen in fulfilling his duty. Enlarging the goal we also see an operetta political class that does not even pretend to hide the interest that is most dear to it: to preserve its own armchair, whatever the cost. Indispensable presupposition of this aspiration is to obsessively invoke the reopening of the immigration ports of Africans waiting for tens of millions to reach the beautiful country of the thousand cooperatives and parishes ready to welcome them.

Moving your gaze you can still see on the one hand a category of military uses to obey (silently) this political class and on the other a judiciary that represents the best that a criminal who aspires to work in Italy desires. It is significant that the dramatic story of Palamara did not trigger anything important, except for the decision to resort to a draw to not choose the directors of the CSM, a lottery solution that ethically does not differ much from the political handling and above all has nothing what to do with meritocracy. In the background, finally, a Europe committed to defending its interests, to the detriment of Italy, both in the economic and immigration fields, with the connivance of the fifth local columns.

The proof of nine of these findings are the conditions in which the armed forces and the police force find themselves, the air of fear that reigns in the big cities in the evening and the fact that one third of the Italian prison population is made up of not -Italian and that the "foreign" delinquency, as reported by the official statistics, is quadruple compared to the "Italian" one ..

Moral: Italy, with its colander borders and the defilement of its institutional leaders will continue in an unstoppable decline of which future generations will pay an ever-increasing price.

Those responsible for the not exciting national policy, made more gloomy by the gloomy economic prospects, recently ...
2397
Read