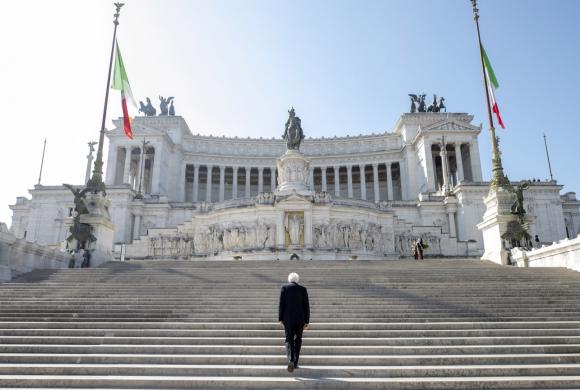 In these days of forced imprisonment (but with the Save Italy Decree, seventy-year-old mafiosi are released from prison) many are asking questions about the meaning of our Democracy, our Institutions, the fate of our people.

The Italian Republic, born from the defeat of the Kingdom of Italy (the declaration of war on France and England it had been signed by King Vittorio Emanuele III) in the Second World War, has always placed the sovereignty of Parliament (unlike what happened in the Monarchist-Fascist period) at the center of any political issue, but these days we have witnessed the suspension of Parliamentary Democracy, in lieu of a more efficient premier of Conte, who declared that not wanting parliamentary votes so as not to weaken its action in the Council of Europe.

Given the results obtained, it would have been better, perhaps, to have addressed the European partners with the support of Parliament.

After the end of the pandemic emergency, this country will have to understand what position it wants to have in the international context. For 75 years we have basked in the cosmogony of the Resistance, rejecting the fascist war of 1940-43 as something imposed, obwrong neck by the fascist (Monarchic-Fascist) regime. A bit like the Soviets with the Great Patriotic War 1941-45 (only that the Second World War also began due to the invasion of Poland from the east by the Red Army in September 1939).

I believe that the time has come for Italians to face their mistakes and inefficiencies, often embodied by a political, industrial, military class that is totally inadequate to face the contemporary world.

We pride ourselves on our cultural heritage but we still cannot reconcile ourselves with our history, we are still divided between those who fought for freedom (the partisans) and those who instead fought for tyranny (the republicans), but too often we forget the 600 thousand soldiers from the Kingdom of Italy who flanked the Allies (Cobelligerants) in the liberation of the Peninsula.

Perhaps one day it will be possible to understand that even the republics fought for Italy, if only with a spirit of a homeland sense that certainly could not belong to the partisan formations of communist ideology.

Only after a pacification (since Montanelli defined the Resistance one civil war) among Italians we could finally be a nation and not just a people.

Those responsible for the not exciting national policy, made more gloomy by the gloomy economic prospects, recently ...
2392
Read