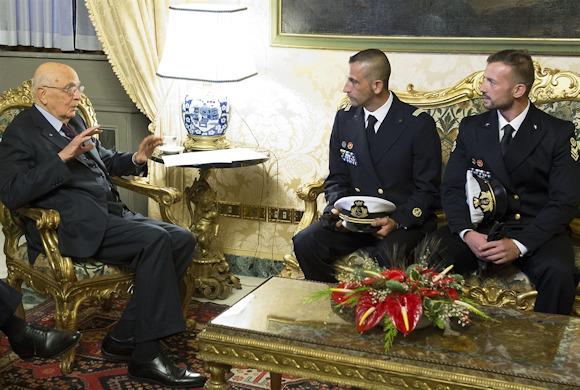 This is the news reported on February 16 by London-based Times: "Two royal marines of his majesty's army, Max The Tower and Savior Circle, during an anti-piracy mission carried out on board a British merchant ship sailing in the Indian Ocean, in circumstances still to be clarified opened fire on a boat, fatally killing two fishermen from Kerala. The Minister of Defense ordered the immediate repatriation of the two marines. " After a few days the press stopped dealing with the development of the accident.

Indeed this is an imaginative version of an episode that I believe could have had a similar evolution if the protagonists had been two elusive Max Latour and Salvatore Gironì, French fusiliers marins, and if instead of the Times he reported the news Le Monde. But, as is known, the reality involved two gunmen of San Marco's navy, Massimiliano Latorre and Salvatore Girone, who were ordered to enter the wolf's lair and surrender to the Indian authorities, knowing that the crime of which the two soldiers in anti-terrorism mission could be indicted was that of ... terrorism (!), a crime for which the Indian legislation provides for the death penalty.

Following a not so easy to read diplomatic labyrinth, from that day our two soldiers were kept for a long time in conditions of substantial detention, deprived of their passports and tossed in a Kafkaesque ahead-and-half between Italy and India. Recently, after seven years, it has finally been announced to the people that the Permanent Court of International Arbitration of the AJa has taken 6 months (six months ... obviously the Italian justice has made school outside the national borders) for deciding whether to prosecute the two fusiliers of navy competes with Italy or India.

One wonders if the United Kingdom or France or Israel or the USA would have accepted a similar evolution of the story. The developments of the Cermis massacre, 20 the victims, come to mind, caused by that reckless American pilot who was immediately returned home. 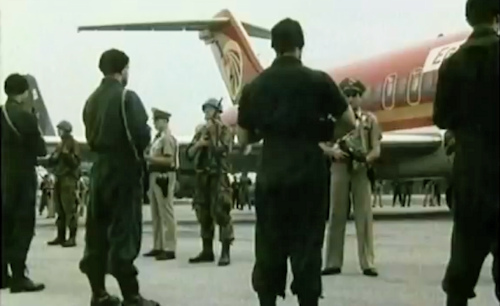 The fact is that today Italy boasts a very mediocre diplomatic prestige and lacks of charismatic political figures. It is significant a comparison between the story of the two riflemen of San Marco and the famous accident of Sigonella, managed as will be remembered by Bettino Craxi (Spadolini was in Defense and Andreotti in Foreign Affairs). The photo of our carabinieri remained in the memory of many who had encircled the American soldiers who had felt entitled (mind you, on Italian territory!) To surround the Egyptian airliner. It must be acknowledged that the Italy of recent times can count on willing figures, at most, able to go to Cairo to meet the deputy deputy of someone willing to talk to the Regeni case in lost time. It is obvious to everyone that contemporary mediocrity contrasts with the charisma of the Cossiga, Andreotti, Dalla Chiesa and Craxi families, leaving out other prominent personalities who have long remained on the crest of the wave thanks also to the influx of rubles poured for decades by Soviet Union in the coffers of the party in which they were active.

Among the attempts to move, in the last seven years, the waters of the Girone-Latorre affair can be counted as that of the general who returned his honors to the State as a sign of protest. Noteworthy that the Official Journal of the Presidency of the Republic n. 241 of the 14 oct. 2013 has dwelt on a bureaucratic series of protocol references and has not dedicated a single line to the motivation of that gesture ("... in protest against the conduct lacking courage and pride followed for over a year by the Italian Government in the story that involved Salvatore Girone and Massimiliano Latorre "). Perhaps the official in charge of drafting the Journal in question will have considered that since he was a repeat offender, as he resigned from the army some fifteen years earlier in protest against an attempt by some political intelligentsia to dissolve the Brigade thunderbolt, it was not worthwhile to dedicate space to the motivation of the gesture; all the more reason why that same officer on a previous occasion had publicly criticized, in stark contrast with the Army General Staff, the role marked by a disheartening mediocrity and lack of prestige carried out by the Italian Armed Forces in the Gulf War.

There is an obligation to motivate the considerations expressed in these lines: with the exclusion of any search for political or other visibility, everything stems from a friend's question: But what do military leaders think of the Girone-Latorre affair? Many Italians ask for it.

Answer: They certainly sympathize with the two fusiliers, but the military is used to obeying silence.

Reply: Agree that we must be "use to obey", but the "silent" that has to do with it?

When the protection of soldiers who have the privilege of commanding is at stake, one has the right to have his say. How every commander who wants to defend a soldier's right to be a soldier, according to his aspirations, and not to be employed as a civil protection officer or as an ecological operator, depending on the whims of the minister of the moment.

It seems to hear Totò's comment: but where are we going to end up?.

Photo: presidency of the Republic / web

Those responsible for the not exciting national policy, made more gloomy by the gloomy economic prospects, recently ...
2375
Read