Home Recommended Points of view Libya: should Italy return to 11? 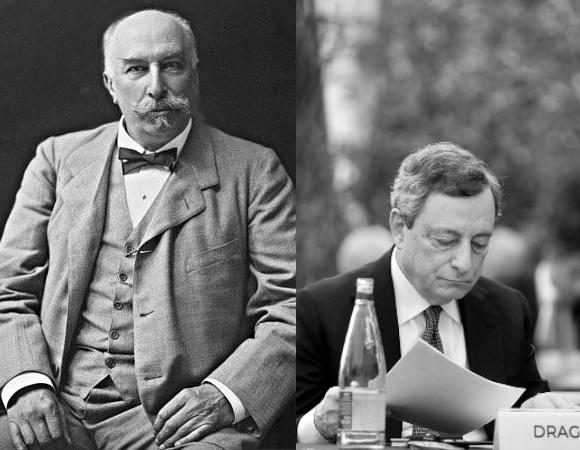 The international situation is monopolized by the war in Ukraine, while the EU countries are looking for alternative solutions to the supply of gas from the Russian Federation. In particular Italy, with an almost total dependence on foreign countries for its energy needs, sails on sight, waiting for who knows what solutions from Brussels.

What is clear is that Italy needs gas!

In 2020, for example, the national demand for gas amounted to 71,3 billion m³, of which less than 6% extracted in Italy. The remaining quantity was imported from abroad, namely from Russia, Algeria, Azerbaijan and finally from Libya.

In this last year of expensive bills, the national media have scarcely highlighted the fact that, in the last ten years, we have imported 7,1% of the national gas needs from our former colony.

According to the MiSE data, in 2019, Libya exported over 5,7 billion standard m³ of natural gas to Italy. It is significant that, the following year (2020), gas imports from Libya dropped to 4,5 billion m³, with a decrease of 21,8%. This decline may have been caused by the strong instability of the North African country as well as by a fluctuating policy of the Italian governments.

The gas reaches us through the GreenStream, a pipeline operated by Eni e NOC (National Oil Corporation) 520 km long that connects the Libyan coast with the Italian one. The facility transports natural gas from the Mellitah Gas Compression Station (MGCS) located about 80 km from Tripoli to the Gas Receiving Terminal in Gela, Sicily (SRT, Sicily Receiving Terminal), crossing the Southern Mediterranean Sea. Once in Gela, the gas is injected into the Italian national transport network.

The natural gas that is compressed and fed into the GreenStream comes from the offshore fields of Bahr Essalam and Wafa, located respectively about 110 km from the coast of Tripoli and 540 km southeast of the city.

The production capacity of Bahr Essalam would be equal to 31.000 barrels of condensate per day (28 million m³). While the daily extraction of natural gas from the Wafa site would amount to 13 million m³.

As our readers know, free elections should have been held in Libya at the end of 2021 (?). However, the current state of the situation in the North African country sees two governments opposed.

In the capital Tripoli, there is the executive of Abdul Hamid Dbeibah: appointed to manage the transition phase towards the elections for a democratically elected government.

In Tobruk, Cyrenaica, we find Fathi Bashagha, former Minister of the Interior, appointed on 10 February by the Libyan House of Representatives in response to the new failure of the transitional government in organizing elections. In reality. The 2020 ceasefire agreement has never really been respected by the two factions fighting for power.

Last week, in fact, Fathi Bashagha, the Libyan Prime Minister of the National Stability Government of Libya (GSN), designated by the Tobruk House of Representatives, had to leave Tripoli following some armed clashes while trying to settle at the hotel. Corinthia. Libyan sources report that the head of the Libyan executive - "rival" of the Government of National Unity (GNU) of the interim Prime Minister and Minister of Defense, Dbeibah - was "accompanied" out of the capital by the 444th brigade, a unit formally under the control of the defense department, commanded by Captain Mahmoud Hamza, a militiaman who followed Salafist Islam.

The armed clashes that broke out during and after the attempted settlement of Bashagha would have caused at least two deaths among the militiamen of Misrata.

Now, with the world "distracted" by the war in Ukraine, there could be an opportunity for Italy to regain a privileged position in the Libyan scenario. This would obviously involve the deployment of diplomatic / military capabilities, commonly called Politics. A new executive, hoping for a cohesive majority (sic!) Could support the premier of the GSN, as well as create a militia with real fighting capabilities, and set it up in Tripoli. In practice, it would be a question of revisiting the 2015 project, by the then Prime Minister Renzi, for a stabilization force in Libya.

Obviously this would involve a reaction from Ankara, currently the biggest obstacle to our interests in Libya. However, we must take the risk if we want to get out of a condition of absolute energy subjection.

In this regard, Indro Montanelli and Mario Cervi wrote, in "Italy of the Twentieth Century", about the Italo-Turkish war that “It was certainly not out of a surge of enthusiasm that Giolitti (in the opening photo on the left), a man with little imagination but with nerves of steel, decided in 1911 the enterprise of Libya, that is the war on Turkey for the conquest of the fourth shore. The decision was dictated by an absolute necessity of national order, if we did not want to face very serious problems ... ".

How many times have we heard phrases such as "Some young people would need military service" or their more ...
4450
Read

Who remembers the fall of the Berlin Wall on November 9, 1989? A few months earlier, Honecker had predicted in January ...
5765
Read

When you use a weapon or apply a tactic in war, you do it for one reason only: it gives you an advantage in winning or, if ...
5271
Read

Put an evening in Georgetown, near the American capital, at the prestigious Italian restaurant Milan. Put to a ...
5503
Read

World War II? The Poles blew it up in 1939: Austrians and Czechoslovakians had not succeeded ...
10421
Read

Readers often ask us why Online Defense does not have, so to speak, a line on the war in Ukraine, but offers ...
1169
Read

You read the newspapers and you have the impression that sooner or later the Russian president will leave us - it is appropriate to say - in ...
6033
Read

The whole world knows the so-called "Gerasimov Doctrine" thanks to Mark Galeotti, one of the world's leading experts ...
5629
Read