Home Recommended Points of view The Summer of Online Defense: the reader in the ...

The summer of online defense: the reader in the role of Mussolini 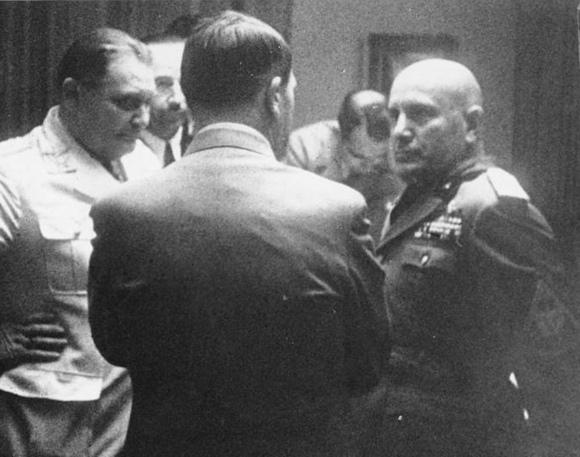 I think the next subject is even more interesting: the reader imagines putting himself in the shoes of Benito Mussolini on his return from the Munich conference of the 29-30 September 1938 and stay there until the 1945 (and beyond, if it considers it possible).

After sixteen years of efforts to build a nation with a warlike mentality, the Italians acclaim him at every stop of the return train as a man of peace. In Germany, the National Socialist leader apes rhetoric but shows a lack of respect for the word given outside of German culture. The war in Abyssinia, meanwhile, has left the country bloodless and under sanctions: wheat is cultivated in the streets of cities and coffee is made with what happens.

These images pass before the eyes of the Duce, while you sit in his place, in his guise ...

Try, if possible, to tell us what would have happened if ... the story had gone as you imagine it!

The address to which you send your thought contribution is always geopolitica@difesaonline.it

The deadline is Sunday August 4.

Thanks for following this column!