Home Recommended Points of view The Summer of Online Defense: the reader at ...

The summer of online defense: the reader struggling with the crisis in Cuba 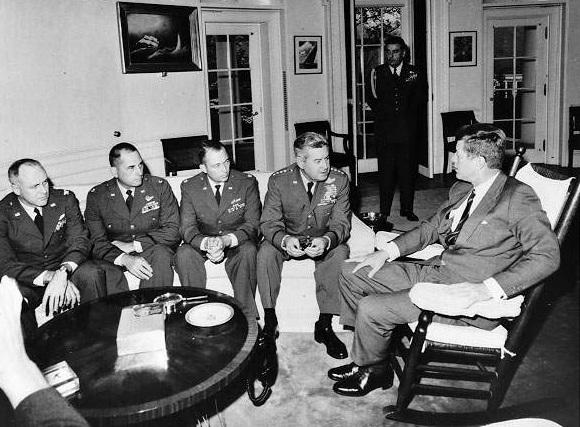 The two Berlin crises, the Korean war, the Greek civil war, the Viet Nam war: the historical period called the Cold War (1947-1991) offered the world terrible peaks of tensions between opposing sides. We chose one, the crisis in Cuba, when the Americans discover that the Soviets are accumulating ballistic missiles, likely to carry a nuclear warhead, in their backyard, like and more than Washington has done by deploying similar weapons in Sicily and Anatolia.

Now, the reader imagines putting himself in the shoes of John Fitzgerald Kennedy, the thirty-fifth president of the United States, and that a fleet of Soviet ships and submarines head for the Caribbean island, with the deliberate goal of forcing the blockade and showing the world that the US is - to use the Chinese language - a "paper tiger". In doing so, he wants to let Washington know that he has accumulated an impressive force in Cuba and in fact to hold the knife to the throat of the United States. Whether true or false, these are the information in Khrushchev's hands in our scenario: and he does not doubt it because the moment seems more propitious than ever to undermine the Western front.

It is up to you to sit in the oval study and make the decisions. Try, if possible, to tell us what would have happened if ... the story had gone as you imagine it!

Please, stay between a minimum of 400 and a maximum of 600 words. The deadline è per Sunday August 11.

Email, as always, is geopolitica@difesaonline.it

Those responsible for the not exciting national policy, made more gloomy by the gloomy economic prospects, recently ...
2388
Read

Did Russian intelligence agents also come with help? This is the question many have asked after reading ...
5725
Read