Home Recommended Points of view The coveted wear of power

The coveted wear of power 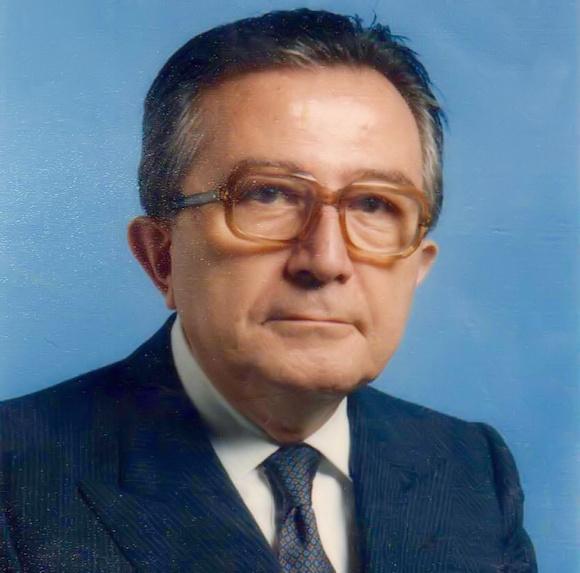 (Trying to) Writing about a complex personality like that of Giulio Andreotti, at 27 years since his last government, leads to different considerations not only on man, but also on the reality in which he acted and on the changes that, since then, the Italian company has lived. Guareschi, passionately, would have solved the question by inviting everyone to respect the voice of conscience: "...my personal stuff, my internal affairs. So: each for himself and God for everyone. "; as far as we are concerned, there is no room for elegiac hagiographies, but only for historical and political analysis, in the awareness that the conclusions can only lead to controversial results, given that, as regards our country, the era of statesmen and of the so-called race politicians, seems to have ended a long time ago.

As happened to all men of power, even Andreotti had to succumb to sarcasm and irony, at times merciless, but congenial to him for an undeniable and recognized gift: an acute, sharp and cold intelligence, capable of complex political designs and fulminating and salacious syntheses, of witty things that caused few drawn smiles. It is political, it is the exercise of power, as it has always been; beyond the inevitable flattery, objectively, Andreotti has never managed to arouse unanimous empathy; this, however, cannot prevent the recognition of an innate ability in the art of governing both impulsiveness and the Italic melodramatic spirit, these capacities that have allowed him to reach the political horizon reconciling the contingent aspects, faculties to other precluded or for ideological obtuseness or for intellectual shortcomings, using any lawful political means.

Even Oriana Fallaci, although not part of the ranks of the corifei, recognized these qualities, and could not help but stigmatize an intellect so marked that it did not need to be exhibited, an intelligence that had attracted de Gasperi's curiosity first and then the admiration of Kissinger. Those that Sciascia would have defined insults1, have marked the man without realizing the creation of an unbroken ideal arc from the Luciferian depths, until reaching the taddema2 of holiness, from the heavenly tops to the earthy mud, without the divine demon showed apparent astonishment.

The incurable cynicism led him to propose again the maxim for which power wears out those who don't have it, coined by Tayllerand: but who could have noticed the different paternity? How much has Italy changed and, above all, how can a man woven into the very fabric of politics be understandable, net of partisanship? Little, given that he himself, although physically defining himself of medium height, could not see giants on the scene; a stature that, however, did not prevent him from holding his own against figures like Thatcher's, thanks to uncommon diplomacy and political skills, which are now more necessary than ever on stages that are poor with real talent.

It was him, the conciliator of opposites, il Italian guarantor of Atlanticism, to guide the national unity governments at the end of the 70 years with the paradoxical external support of the PCI, considered functional for dialogue with the unions, to arrive at the two ovens policy, back to topical, but inexperienced with its mastery due to lack of suitable actors, with the last electoral round of the 2018. Max Weber, for that alone, would have placed him among those who they live for politics, not politics. 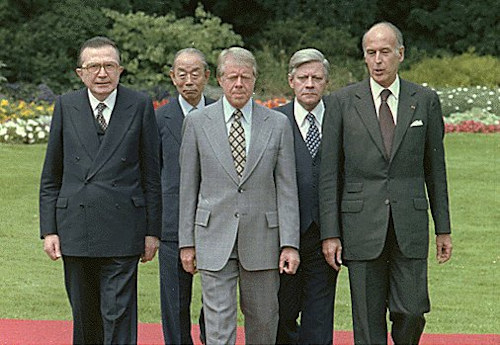 The choices of gasperiane and the Atlantic vision were at the base of Andreotti's international training, and they remained well present throughout the bipolar period of the Cold War, so as to allow both an expansion of the diplomatic action in the Mediterranean area, taking care of the Italian point of view and pursuing policies sometimes colliding with those of the USA, both to continue to cultivate a unified European ideal, but without being caught by incautious enthusiasms3. A realist Catholic, therefore, careful manager of the status quo of power, a competent geopolitical, who was able to manage the Italian role both before and after the Soviet collapse, remaining firmly on the Atlantic shore but with a policy Levantine and an Arab thread, thus remaining in the strategic path traced by Enrico Mattei's ENI, and trying to avoid resorting to drastic interventions.

Pragmatic, but not provincial, the Divo he understood the importance of not being able to allow Italy to be relegated to a subordinate role, despite being penalized by congenital structural weaknesses.

All lights? Absolutely no; we have already said, here we do not speak theologically of holiness: the Andreottian policy was also guiltily fluctuating, enduring and tragic Italic characteristic, and in search of an impossible international balance, drawn on one side by impulses Vatican and on the other by the harshness of the Realpolitik, which sometimes distanced its executives from an immediate, profitable and secular overall strategic vision. He was however concrete, never visionary, generally attentive to those who were, in foreign politics, the cornerstones of the national interest in historical moments often lived dramatically by a country not always aware of its limited post-war sovereignty.

The end of the Cold War, for Andreotti, has decreed the end of a political architecture that probably would not have passed the tests imposed by a multipolar world, based on the paroxysm of social media, lacking moments of reflection and real political culture.

Historically, our country has always turned its political attention to internal events with greater propensity, not taking care of international developments: the courtyard has prevailed over the broader foreign issues. Our status as a regional media power, temporarily raised after the 1918 and reduced after the 1945, has been justified by the lack of traditions and specialized studies in international matters. Moreover, it is enough to scroll through the lists of foreign ministers of the most successful powers to realize that, a political subject aware of his goals, does not easily change his diplomatic technician, taking for granted that basic national interests do not vary regardless of sides. Maybe.

Andreotti was Minister of both Foreign Affairs and Defense, thus having the opportunity to explore themes common to the two ministries, albeit from different but coinciding perspectives on several points; including, for example, the importance of an efficient Navy in the context of the his Mediterranean, and succeeded both in equipping it with the Cruiser Caio Duilio, both to try to equip it with nuclear-powered boats. 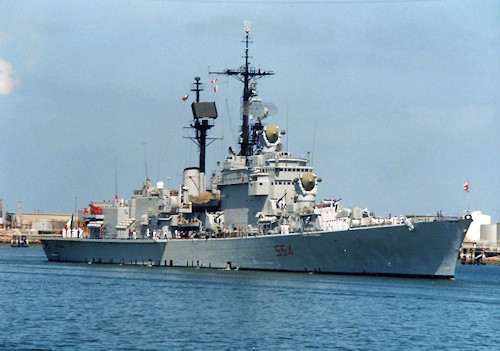 Catholic? Yes, but as always realistic, pragmatic, guarantor towards the Americans (up to the events of Sigonella) but not for this reason not Europeanist enough to sign the Maastricht Treaty; critical Atlanticist but faithful, pro-Arab, attentive to Soviet politics; not surprisingly, as early as the 1982, he identified Syria, and President Assad, as leading players in the Middle East, not to mention the relations maintained with Arafat and Gaddafi, who later became important interlocutors in the international diplomatic sphere.

Let's try to play: what would have happened in the contemporary world with an Andreotti at the height of his faculties and, above all, preceded, surrounded - and opposed - by political subjects of the caliber of De Gasperi, Gramsci, Fanfani, Gronchi, of the Best, by Pietro Nenni, by Enrico Berlinguer?

Let's place an ideal plank from master mind for every possible antagonist, and we evaluate, regardless of the historical moment but based on ideas, events. Meanwhile, we could not disregard the Gramscian principle ofcultural hegemony, that is the concept that identifies the different forms of cultural domination by a group or a class capable of imposing their own points of view thereby allowing the creation of the basis for an effective and complex control system: practically the end of academic titles released in 600 seconds by Google.

The evolution of the EU would have given full reasoning about the doubts in the economic field, but it would probably have encouraged us to try to increase the political and communitarian (still not received) political value: in fact a pitiful sponge on the European foreign etheric policies of the last years. We can assume a revival of national mediation policies between renewed hegemonic blocks, with a capitalization of the rent of an Italian geographical position, now as never before a precious bridge between the disruptive African reality and the Old World: concretely a re-launch of policies aimed at enhancing and understanding the North African upheavals, with an eye to the first of the ENI's Mediterranean pearls, Libya.

Staying on six-legged dog, we could also hazard an evolution of the concept of Mediterranean relevance associated with the treatment of ENI policies, with a strategic enlargement of the overall panorama of Italian interests. One of the most logical exercises funny, probably would have been substantiated in the first competition with Turkey, always admitting that a real European political action would have allowed, in the presence of old-school politicians, the emergence of a revanchism Ottoman in Anatolia, then with the rampant French neo-Gollism.

As you can see, the possible combinations are many, and others could add to it; after all for Weber “...la Politics consists in a slow and tenacious overcoming of hard difficulties, to be accomplished with passion and discernment at the same time. It is perfectly accurate, and confirmed by all the historical experience, that the possible would never be reached if the impossible did not always try again in the world ... ".

Perhaps this is it policy which is missing; perhaps, now, men capable of achieving it are lacking.

3 To remember his joke: I love Germany so much that I prefer two

Those responsible for the not exciting national policy, made more gloomy by the gloomy economic prospects, recently ...
2356
Read

A nation that is struggling to find a framework for internal politics, it is difficult to develop a strategy ...
1044
Read

“The mafia is by no means invincible. It is a human fact and like all human facts it has a beginning and will also have an end ....
484
Read

Many infectious diseases generally have different seasonal patterns; the flu has a peak in ...
825
Read

Could anyone ever have imagined it? Or maybe yes, someone had also announced it, but had not been heard. The...
2270
Read

Did Russian intelligence agents also come with help? This is the question many have asked after reading ...
5720
Read